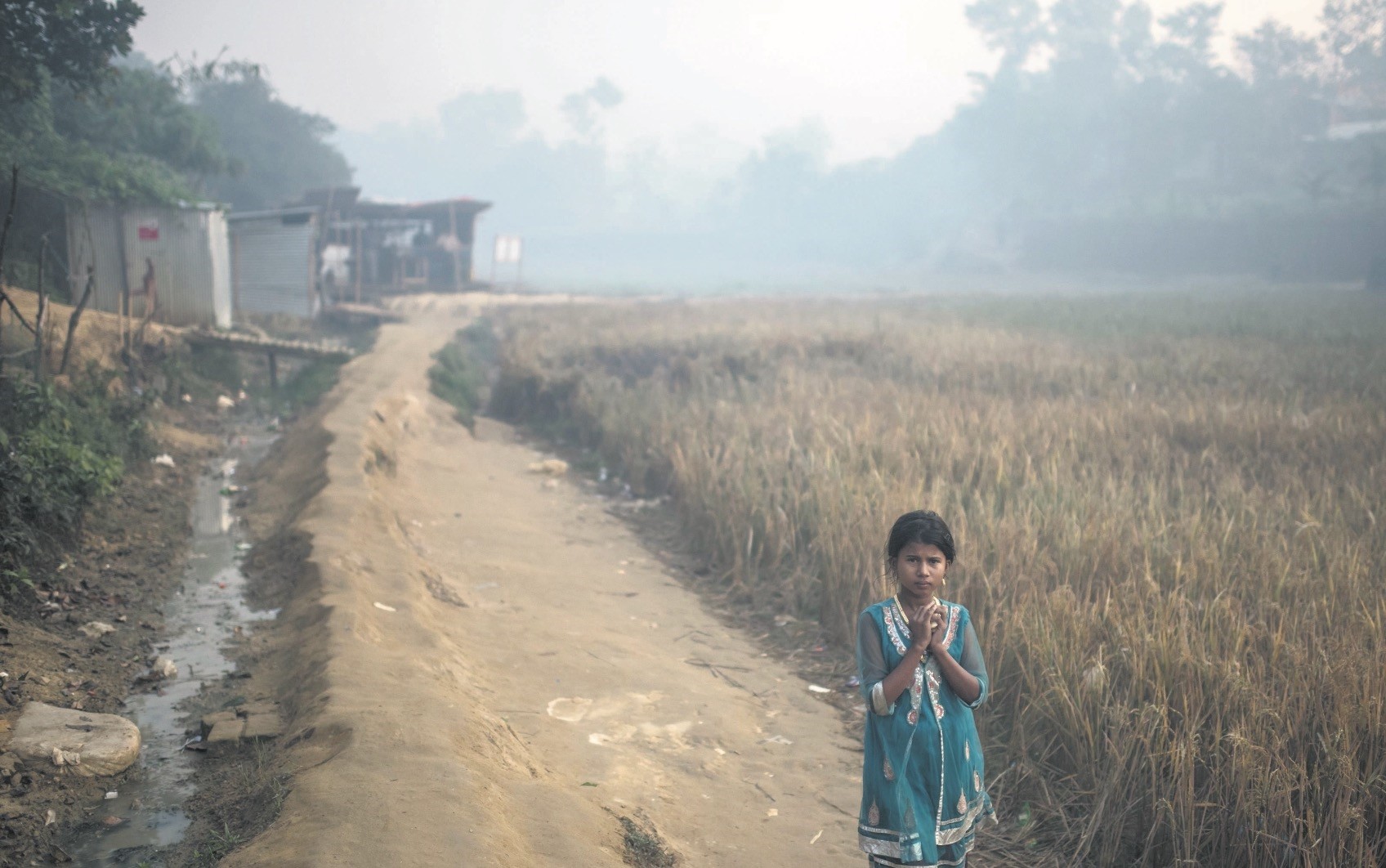 The Rohingya crisis has become a litmus test for the world in respect to nations and leaders consideration for humanitarian assistance. Since the re-emerging of this crisis in the last several months, thousands of Rohingya people have been killed, tortured and raped by military-supported groups in Myanmar. In the meantime, hundreds of thousands of Rohingya people had become refugees in Bangladesh. Although civil society activism in different parts of the world tried to raise awareness about this terrible humanitarian tragedy and violent persecution and repression, many governments around the world failed to react and to generate enough pressure on the Myanmar government to take steps to stop this ethnic cleansing attempt. For months now, those who barely saved their lives are living in difficult conditions on the Bangladesh side of the border.

For those who stayed in Myanmar, their life and wellbeing are in substantial danger. The biggest irony of this calamity is it has been taking place during the rule of a leader with a Nobel Peace Prize. As she herself was persecuted, there was major optimism when she started to run the government to take meaningful steps to stop the persecution. But despite pressure from the international community, which campaigned for her during her house arrest, human rights organizations that presented her with all possible human rights awards and former Nobel Peace Prize winners who even wrote a letter to signify the seriousness of the situation, Aung San Suu Kyi failed to take any consequential action to stop this violence.

The crisis in Rohingya continues today, and unfortunately, it is about to become a forgotten tragedy. There were several developments in the last few weeks that demonstrate the need for further action. First of all, Jerome Jarre, a social media phenomenon and organizer of the Love Army, tweeted about the crisis in Rohingya and asked President Recep Tayyip Erdoğan for help on this matter. In his account, he wrote, "We are asking if the Turkish president can help us with our Rohingya mission!" and launched the #ErdoganHelpRohingya hashtag. President Erdoğan has been at the forefront in helping people in the region since the crisis occurred again last summer. Not only did the Turkish government launch a huge campaign to aid the Rohingya people through its government agencies, such as the Turkish Cooperation and Coordination Agency (TİKA) and Turkish Red Crescent (Kızılay) and civil society organizations, but President Erdoğan also demonstrated his special interest in this humanitarian tragedy by a high profile delegation to the region, including First Lady Emine Erdoğan to state Turkish support for those who are in need. During his presence in New York in September of this year for the UN General Assembly, President Erdoğan made the issue a major part of his agenda, and both in his private addresses and UN General Assembly addresses, he made the Rohingya people a major issue. This definitely attracted the attention of the international community; however, once more many governments failed to act.

A few hours following Jerome Jarre's tweet, President Erdoğan responded to the tweet from his twitter account. He wrote: "We never turn down requests for assistance wherever the people in need may be. We will support #LoveArmyforRohingya efforts through our aid agencies." He also mentioned TİKA, the Disaster and Emergency Management Authority (AFAD) and Kızılay in his tweets, which became one of the most efficient and influential group of agencies to assist people in need in different parts of the world, alongside Turkish Airlines. Both tweets are a sign for optimism for more substantial support for the Rohingya people; thus, another test for the sensitivity of the governments of other countries for one of the worst humanitarian tragedies in the world.

A second development in regards to the Rohingya took place during the Pope's visit to Myanmar. Many were expecting a strong message from Pope Francis from the epicenter of the tragedy in regards to the plight of Rohingya people. Previously, he condemned the violence against the Rohingya people and during his four-day trip to Myanmar a lot of people were expecting a similar position. However, many were disappointed when the Pope avoided talking about the Rohingya people in his public addresses. Although during his visit to Bangladesh immediately after the Myanmar visit, he made statements about the tragedy in the region and met some of the survivors of ethnic cleansing, the disappointment did not disappear. Aware of the emerging displeasure, Pope Francis tried to defend his position by stating, "If I had said that word in the official speeches, it would have been a door slammed in the face." He said that the success was to be able to pass the message to the general who is responsible for this humanitarian tragedy. The Pope said, "But I had the satisfaction of dialogue and letting the other side dialogue, and in this way the message arrived."

The Pope's silence in Myanmar demonstrated the difficulty of the situation of Rohingya people when it comes to diplomacy. There is a need for a joint effort from states and civil society to increase awareness of the situation and to be able to channel this awareness to meaningful action to alleviate the situation of the Rohingya people. The Turkish government has been doing its best in its capacity to help the refugees in Bangladesh, just like it did in Somalia and for Syrian refugees. Now, international humanitarian agencies should launch a massive campaign to support this endeavor and to pressure their governments to take some steps to stop this persecution and violence against the Rohingya people. Hashtag activism is great, but it's better to follow this up and demonstrate perseverance in this campaign until we got some positive results.