Lessons from Vietnam to Syria during McMaster's term 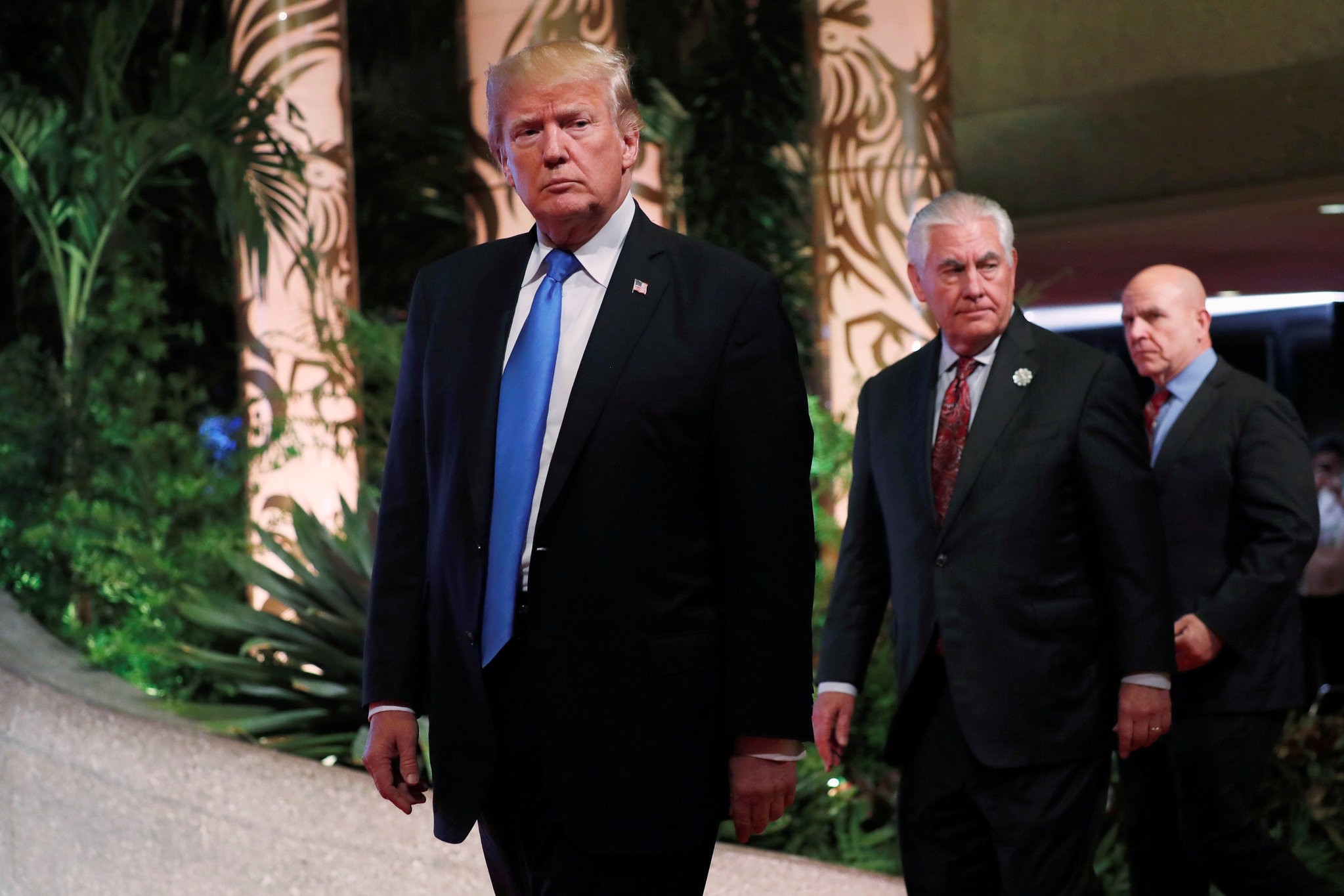 In his book, we see that McMaster actually extracted the right lessons from the failure in Vietnam, but sadly enough, he was ousted from the Trump administration without achieving much

The latest departure from the Donald Trump administration is National Security Adviser Gen. H. R. McMaster. It was announced Thursday that McMaster will be replaced by John Bolton, a former U.S. ambassador to the U.N. McMaster was considered one of Trump's best choices during his period of Cabinet making. He is known as a soldier-scholar who wrote "Dereliction of Duty: Lyndon Johnson, Robert McNamara, The Joint Chiefs of Staff and the Lies That Led to Vietnam," a highly praised book about civil-military relations before and during the Vietnam War.

McMaster criticized the chairman of the Joint Chiefs of Staff in his book for not pushing back the policy adopted by civilian administrators. The gradual pressure strategy put forward specifically by then Secretary of Defense Robert McNamara and endorsed by President Lyndon B. Johnson was considered problematic by some of the commanders.

According to him: "McNamara … viewed the war as another business management problem that, he assumed, would ultimately succumb to his reasoned judgement and others' rational calculations. He and his assistant thought that they could predict with great precision what amount of force applied in Vietnam would achieve the results they desired, and they believed that they could control that force with great precision from halfway around the world." These civilian leaders failed to understand the unexpected consequences of the war, and some military leaders preferred not to challenge the problematic ideas and became accomplices in the failure of the Vietnam War. For him, the real problem in Vietnam was Washington.

This time, he was the chief of national security in the administration following the failure of the Iraq War, in which he also served, and in the midst of the campaign against Daesh. His decisions were expected to have a wide impact, and many wondered how he would operate in these crisis-ridden areas. Now, he was not only a decorated soldier but also in Washington.

During his tenure in the White House, McMaster found it difficult to adopt the lessons he had learned during his research and writing. One of McMaster's most significant jobs was coordinating policies in response to foreign policy crises, such as the one in Syria. As a general in the administration, he needed to make two important changes. First, there was a clear need for a comprehensive policy to address the crisis in Syria. The fight against Daesh could also have been included in this strategy, however during President Barak Obama's years that became the only issue in Syria. During his tenure, McMaster failed to develop an effective policy on this issue and in the absence of a strategy, the same tactics continued to shape the U.S.' policy in Syria.

Second, McMaster actually argued in his book how focusing solely on tactical tasks can create strategic problems. Thus, as a soldier and the national security adviser, he was expected to end the tactical focus of some within the military. The insistence of some within the U.S. military to work with the People's Protection Units (YPG) had reached a point of full dependence on the YPG in the Syria policy. Some even claimed that the YPG could be used against Iranian regional expansion. When this tactical focus generated significant strategic problems with a NATO ally, McMaster should have stepped up and challenged those insisting on this policy.

However, McMaster failed on both counts by not coordinating foreign policy and neglecting to speak up when current policies became problematic.For many observers, McMaster's failures are simply the results expected from the administration he was serving in. There have been many reports citing the in-house power struggles of the Trump administration. Thus, McMaster was not the only player but then again, not many national security advisers have enjoyed much freedom in the recent history. More significantly, Trump underlined the fact that "he is the only one that matters."

That may sound like a step forward from "the buck stops here." However, again McMaster was someone who knew about the complexities of decision-making mechanisms. His book demonstrated that he knew what he was getting into when he was offered the top position in national security. The policy making process is complex, and he had to handle multiple fronts at once to coordinate the government's foreign and security policies. In the midst of this, there is a president who would make the final decisions about any critical matters. He argued in his book, "Although impersonal forces, such as the ideological imperative of containing communism, the bureaucratic structure and institutional priorities, influenced the president's Vietnam decisions, those decisions depended primarily on his character, his motivations and his relationship with his principal advisers."

Trump signaled from the very beginning of his campaign that he would not be an ordinary candidate or an ordinary president. McMaster had to have prepared himself for this rather unusual White House management.Thus, nothing came as unexpected. He actually extracted the right lessons from the failure in Vietnam. Sadly, he retired from the Trump administration without achieving much. Now, we are anxiously awaiting his new book to discover the lessons he learned by serving as national security adviser.