US changing 'red lines' in Syria 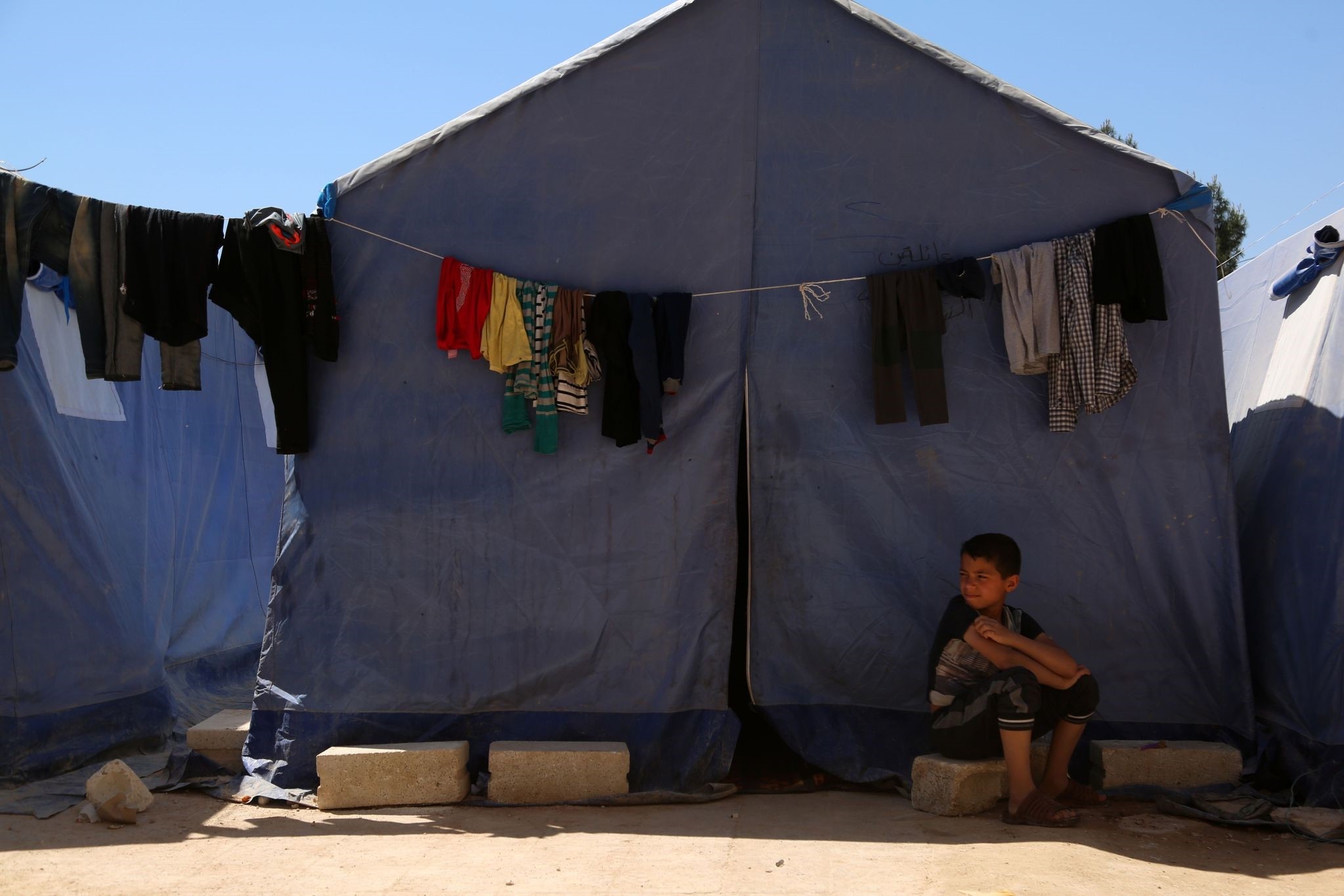 A Syrian boy, displaced from Ghouta following regime chemical weapons attacks, sits outside a tent in a make-shift camp built inside a school in Atareb, northern Syria, April 7.
by Kılıç Buğra Kanat Apr 09, 2018 12:00 am

The international community and the U.S. fail to be a deterrent to prevent the brutal dictatorship in Damascus from further chemical attacks on civilians in Ghouta

It was August 2012, then U.S. President Barack Obama during a press conference at the White House responded a question in regards to the allegations of the chemical weapon movements in Syria. He was very straightforward in responding to the question. He said it will be his "red line" and this will change his calculations about Syria. Following that statement there were different reports in the news outlets in regards to the Syrian use of this deadly weapon against civilians in Syria. However the Obama administration was not fully convinced about these reports. During May 2013 summit at the White House, then Prime Minister Recep Tayyip Erdoğan presented evidence of the use of chemical weapons in Syria. In the meantime, as a result of the inaction of the international community the Syrian regime gradually increased the number and intensity of the attacks with chemical weapons.

It was exactly a year after the "red line" statement that the Assad regime this time very much openly used chemical weapons against the civilians in Ghouta. For the regime, since its previous provocations were left unresponded to, it was clear that such an attack would not constitute any response from the world. President Obama following now undeniable evidence of the use of chemical weapons signaled that he will use force. However once again Obama was extremely cautious. As if the chemical weapons launch themselves, he stated that he will not target the regime but the delivery mechanisms of these chemical weapons. But even that was a major step forward. Following harsh statements from his administration in the day that he was expected to launch military strikes, he made one of the most consequential statements from the U.S. and made clear that he will continue his inaction despite this brazen violation of humanitarian norms and international laws that the U.S. helped to build.

At this point Russia entered into the game and brokered an agreement between the regime and international community. It was a basically a death sentence for the Syrian people and a show of clemency to the regime. The agreement asked the regime to give up all of its chemical weapons but did not take any steps that will stop him from using conventional weapons to kill the Syrians. The U.S. administration considered the agreements as a victory while Russia saved the face of a close ally.

Soon after this agreement there were again reports in the international media about the chemical weapons attack of the regime. For a while they were not confirmed but shortly after the YouTube videos of the attacks started to be broadcast. After an attack in Idlib, this time President Donald Trump ordered a military strike to the regime controlled bases. Although the attack was more of a symbolic attack it was considered as a major step by many around the world. With this attack President Trump was signaling that the U.S. will not stand aside and watch the regimes that violently breach the agreements.

But soon after this situation also changed. Assad one more time used his tactics of gradual escalation of violence and while the U.S. administration was trying to resolve the crisis within itself decided to use chemical weapons against the civilians. Not only the U.S. but also Russia turned blind eye to these violations. Now exactly one year after the airstrikes by the U.S. on the regime targets, Assad one time openly challenges the U.S. and the international community by using chemical weapons.

The chemical weapons, whose use was prohibited by the international community, have become a war toy in the hands of Assad regime in the last few years. A regime that used all possible forms of violence to kill its citizens, including mass executions, scud missiles, and barrel bombs has become the most frequent user of chemical weapons in modern history in an age of globalization and technological advancement, in which everybody can see through their smart phones, computers and TVs the evidence of its use. Assad is an evil man but what made him able to conduct his operations freely was the international community. Those who lived through the atrocities of the World War II came up with the statement of "never again" for a reason. They thought their kids and the next generations should not live through such a violence. They understand that evil always will be present in the world but the extent of the spread of its evilness will depend on the commitment and resoluteness of the international community, the determination of international actors not to give these evil forces a free ride in the international system and made use of great power rivalry to provide coverage from the reaction of the international community. Later when international diplomacy dubbed the term "responsibility to protect" it was intended to protect all the civilians from the evil regimes around the world. The norm did not discriminate the countries based on their alliances with the major powers in the system.