Is China's 'Peaceful Rise' over? 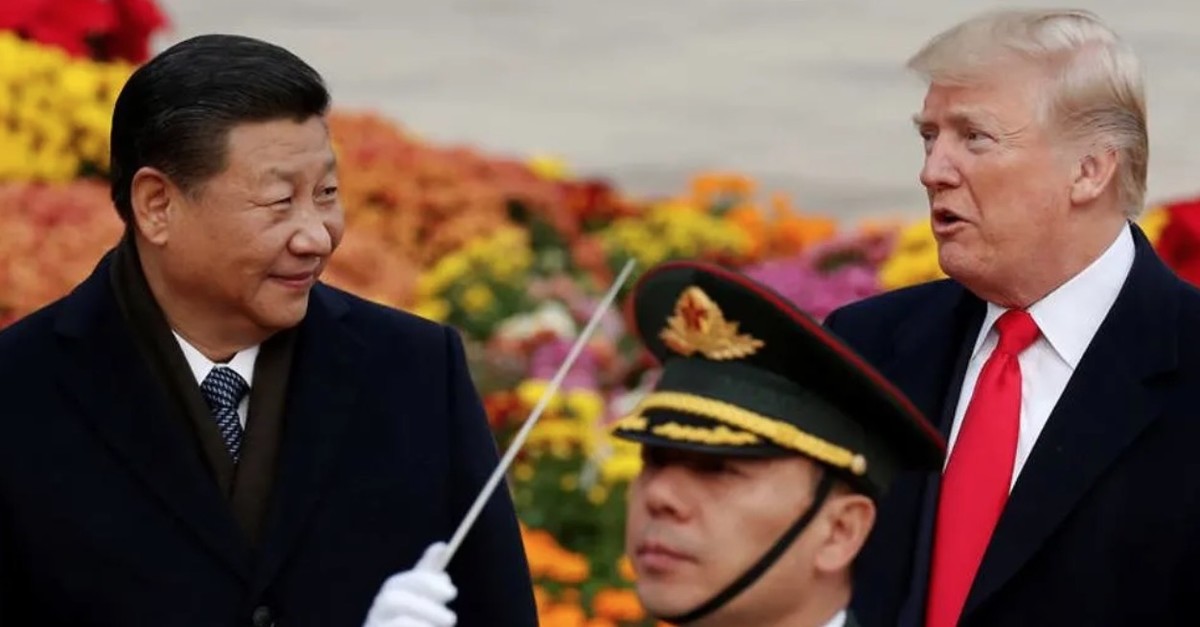 Within the framework of a shift in global economic gravity, Chinese assertiveness and political-military vision regarding East Asia is creating heated debates with U.S. representatives at international summits

For a number of years now scholars, researchers and practitioners of international relations have been indicating that the center of gravity in this field will shift toward the east. After the long Cold War years in Europe and unending wars in the Middle East, they argue that the new competition will take place in East Asia, mostly because of its economic potential, dormant territorial conflicts and increasing assertiveness of China.

The implication of this debate to policy started with the Asia pivot doctrine of U.S. President Barack Obama during his term. Although later it was transformed to a strategic rebalancing approach, it was clear that from the starting point of this debate that the U.S. foreign policy was willing to focus on China.

With the Trump administration, the response to China's assertiveness in the region took a new turn. Donald Trump mentioned even before becoming president that the South China Sea matters to him, however after becoming the president, he started to focus on the economic dimension of this great power competition.

The concept of a trade war has become one of the most frequently used descriptions for the state of U.S.-China relations. The U.S. relations with its allies, particularly South Korea and Japan, the negotiations between North Korea and China and the rivalry and competition among the U.S. allies in the region also contributed to the rise of the profile of U.S. policy in Asia. In the last year three different strategy documents from the Director of National Intelligence (DNI), National Security Council (NSC) and Pentagon asserted that China has become a rival and poses a significant threat in the cyber realm for the U.S.

While the U.S. is making different calculations in regards to the future of its relations with countries in the region, China has been flexing its muscles and through different programs and initiatives trying to fill the void of declining U.S. hegemony around the world.

Its rising defense expenditures, its construction of military bases in South China Sea and geopolitically assertive projects around the world have generated a significant source of tension between the two countries. So far neither Russia nor the European Union could match up with China and the U.S. in regards to developing some policy initiatives in this complex geography.

This week in Shangri La Dialogue, many experts and policymakers are discussing the future of the region. One more time the center of attention was the statements made by the representatives of the U.S. and China. Their messages were considered significant in regards to the future of politics in the region as well as international relations as a whole.

Just like his remarks in the summit, Shanahan also directly indicated in this document that China and its activities in the region are being regarded as a significant threat for the U.S. He said that "Inter-state strategic competition, defined by geopolitical rivalry between free and repressive world order visions, is the primary concern for U.S. national security.

In particular, the People's Republic of China, under the leadership of the Chinese Communist Party, seeks to reorder the region to its advantage by leveraging military modernization, influence operations, and predatory economics to coerce other nations."

At this point it is not clear how other agencies of the U.S. are ready to act in accordance with the policy recommendations of the report.

However, a day after Shanahan's remarks, China's defense minister took the stage and made an extremely assertive intervention to the debate in regards to China's claims on the South China Sea islands including Taiwan.

In the presence of the disputes on the trade war, intellectual property right infringement, cyber operations and influence campaigns, this increasing militarization of the discourse signals that there will be a further escalation in the region and every escalation will entail a military dimension. In the last few years, we have witnessed a gradual disappearance of the "peaceful rise of China" discourse both in the U.S. as well as in China.

Nowadays many in the U.S. argue that it was wrong to assume that the foreign policy of China will be transformed following its economic rise. Indeed there was a transformation but it has not the one that the U.S. expected or wished to see. Now following China's increasing assertiveness every summit and every meeting that the U.S. and China representatives attend is turning into a duel of rhetoric between the two countries.