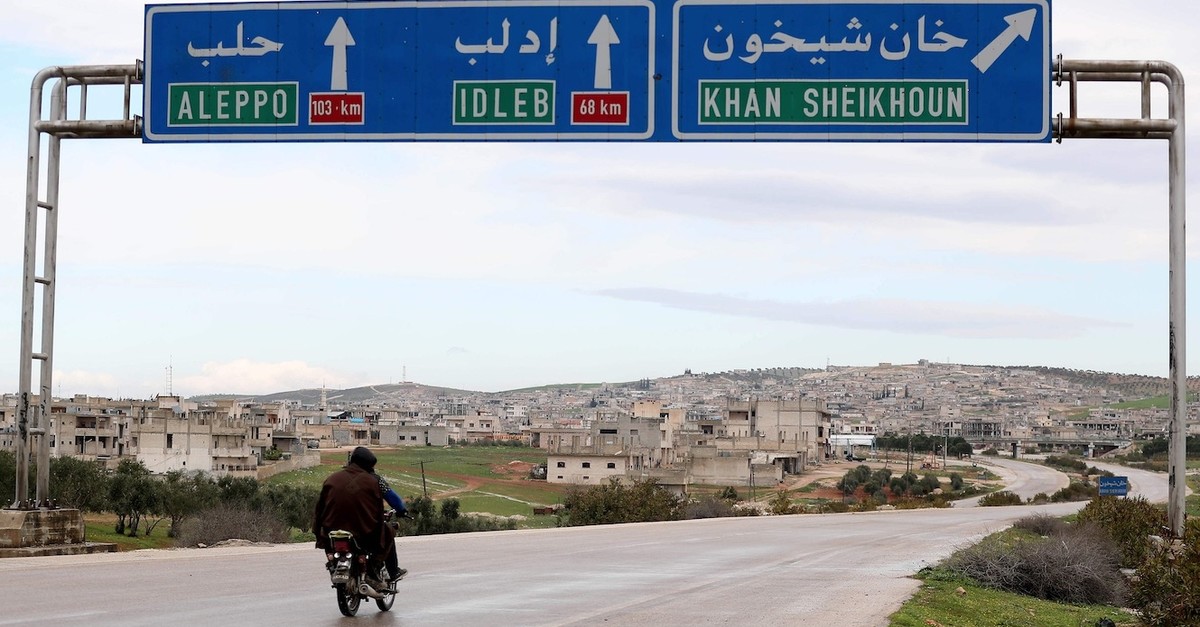 When the discussion started between Turkey and the U.S. regarding a "safe zone," many considered it a possible turning point in relations. The mutual mistrust in Syria and an escalating divergence of opinions between the two countries throughout the Syrian civil war had derailed relations more than any other issue in the last decade.

Following his decision to withdraw U.S. troops from Syria, U.S. President Donald Trump made another surprising statement about the idea of a 20-mile safe zone in northern Syria. It was welcomed in Ankara. In fact, the idea of a safe zone was suggested by the Turkish government in the early days of the Syrian civil war. Considering the atrocities of the Bashar Assad regime and the unending airstrikes on civilian-populated areas, the safe zone was thought of as a place of refuge for those who had to flee from the brutality of the regime.

However, by then the international community had turned mostly a blind eye to what was going on in Syria. The lack of a safe zone led to the continuous barrel bombings by the Syrian regime, an increasing number of casualties and the emergence of a major refugee problem in the middle of the Middle East.

Furthermore, the absence of this zone also generated a major security risk for Turkey. Ankara initially offered this zone along its border with Syria in part to prevent illegal activities and the emergence of terrorist organizations in these areas. In a few years' time after the beginning of the civil war, the international community observed that Turkey's concerns turned out to be true. A major refugee flow followed the transformation of these areas into a hotbed of terrorism.

Both Daesh and the People's Protection Units (YPG) started to operate in these areas. Turkey had to launch cross-border operations against Daesh in Jarablus and al-Bab and against the YPG, mostly in Afrin.

These operations also generated safe zones for Syrian refugees who wanted to return to their homes.

When President Trump tweeted about the safe zone idea, Turkey was considering another cross-border operation, this time east of the Euphrates to adopt the same model in this region.

However, in the aftermath of the announcement, negotiations between the two countries to coordinate the policies for the safe zone kicked off. It has been now almost six months since the debate started about the technicalities of the safe zone.

Once considered a potential bright spot in the crisis-driven relations, nowadays there is a real risk of the safe zone issue becoming another major deadlock between the two countries. To prevent this, the U.S. needs to understand a few important points about Turkey's national security concerns and priorities.

The first one is that this safe zone is intended to provide a refuge for Syrian refugees. Thus, Ankara will not accept turning this zone into a refuge for terror groups, in particular, the YPG.

Secondly, this zone aims to contribute to the security of Turkey. Trying to negotiate an area in which the YPG would survive under different names will not work and such a negotiation will not bring any solution to the problem.

Thirdly, considering the significance of this area for the security of Turkey, Turkey may not leave the initiative to other coalition partners who did not demonstrate sensitivity to Turkey's concerns of the last four years.

In Jarablus and Afrin, Turkey took matters into its own hands and dealt with different terror groups, while the very same allies were expressing "concerns" about the outcomes of these operations.

It also demonstrated that Turkey can also work with other regional actors to reach its goals in some of these areas. These are important matters for Ankara and the diplomatic dialogue between the two countries can become more fruitful if there is better and sufficient understanding on the significance of these issues for Turkey.