The brutality of the Assad regime remains unchanged 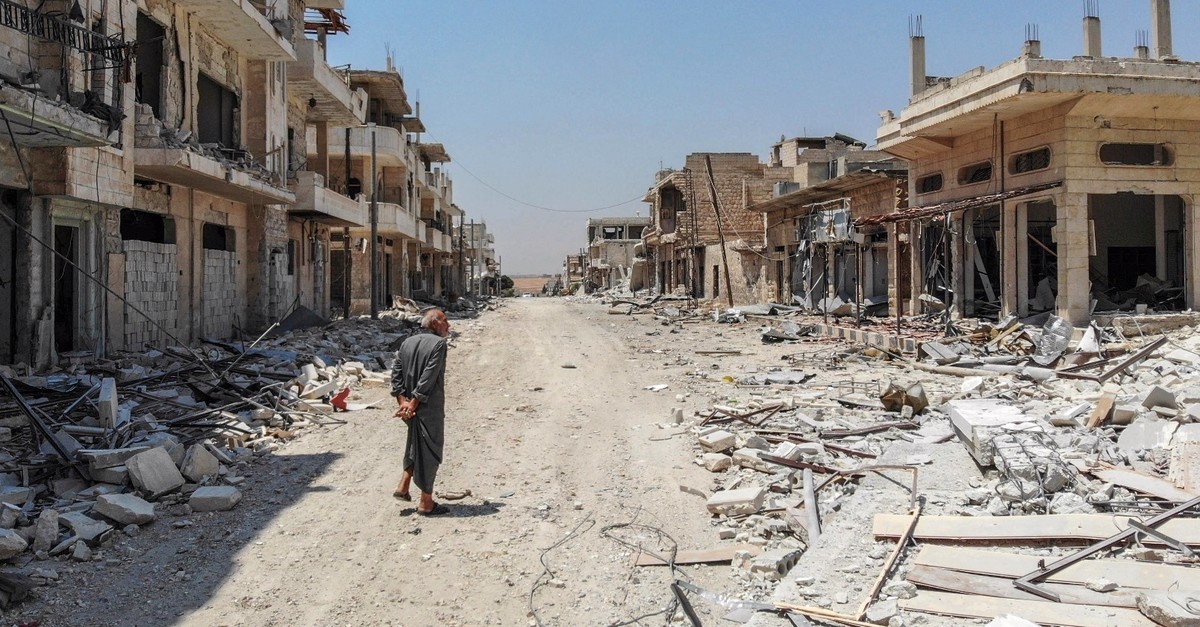 When the attack took place, many considered it the most significant turning point in the Syrian civil war. Exactly a year before this attack, the leader of the most powerful democracy in the world, U.S. President Barack Obama, stated that not only the use of chemical weapons but also the moving of these weapons around would be considered a "red line" by his administration.

It would change the calculations of the president. This statement was expected to be enough of a deterrent by some against the Assad family regime to halt the use these weapons of mass destruction against the Syrian people.

However, the rhetorical deterrence did not work. A few months before these attacks during a meeting between President Obama and then-Prime Minister Recep Tayyip Erdoğan, the Turkish delegation reportedly provided evidence of the use of chemical weapons by the regime against civilians.

The gradual escalation of the use of chemical weapons by regime forces generated widespread concern among many in the region. The warnings by the Turkish government about chemical weapons did not work either. As a show of defiance the Assad regime used chemical weapons in its capital against civilians. After the attack, while everybody was expecting the U.S. to use the punitive measures at its disposal against the regime, which had violated all forms of humanitarian norms and international laws, President Obama decided not to take those steps. With his decision following the now infamous deliberation with his chief of staff in the White House Rose Garden, President Obama let the brutal regime get away with impunity. The Russian-brokered agreement to seize all of the regime's chemical weapons turned out to be a way of saving the Assad regime from the bombing of the U.S. Air Force.

While President Obama's administration propagated the deal as a victory, the regime continued to kill thousands of civilians through more "conventional" means. Furthermore a few years after the agreement we witness the use of chemical weapons by the regime in other opposition-held areas.

In fact it turns out that regime did not fully comply with the agreement. The limited airstrikes by the U.S. after Donald Trump's inauguration as president did not totally deter the regime either.

In the meantime, the radical terror groups in Syria have used the inaction of the Western governments to react against the atrocities of the Assad regime, including the chemical weapons attack as a tool to recruit more people among the Syrian population. A year after this, Russia started to militarily enter into the conflict in order to save its partner, the Syrian regime. In the absence of any action by the U.S., the regime was emboldened and started to kill more people in different areas of Syria, including one of its biggest cities, Aleppo.

Six years after the chemical attack, this pattern did not change at all. The Syrian regime is still using different methods, sometimes with conventional weapons and sometimes with chemical weapons, to depopulate the areas under the control of the opposition.

In the last few weeks these attacks targeted civilians in Idlib. The indiscriminate bombing of small towns in Idlib led to the deaths of more than 600 civilians. One more time, the regime is taking these steps and violating all potential forms of humanitarian norms in front of the international community.

The constant flow of photos from the towns attacked by the regime forces is not changing the attitudes of the leaders of the Western world. Neither the U.S. nor any Western country is doing anything to stop these violent attacks.

Turkey's efforts to stop the attacks by the Syrian regime are faced with increasing number of provocative actions by regime forces in the last few weeks. In the meantime, Syrians are commemorating those who lost their lives during the chemical weapons attack six years ago while being killed or chased by regime forces in Idlib.