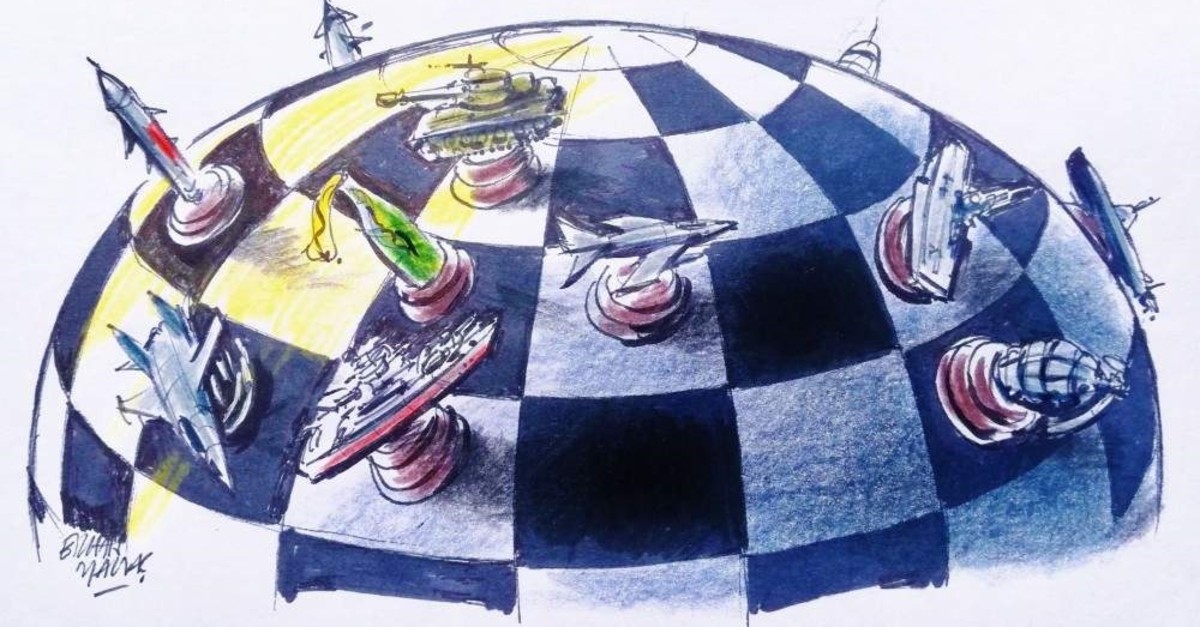 It is now a well-known fact that the focus of the great power rivalry in international relations is about to shift toward the Asia Pacific. For many observers of world politics, the competition between the U.S. and China on issues ranging from trade to the South China Sea will make this region the center of attention in the next few decades. Both the U.S. policy pivot on Asia and China's attempts to break the geopolitical impasse through major initiatives have been considered preparations for this new era of competition. Some even argue that together with the geographical shift there will also be a transformation in the subject matter of the competition from geopolitics to geoeconomics. Thus, many have been expecting that from now on, there will less emphasis on other regions and disputes around the world.

However, for the last 10 years, we have seen a similar form of wishful thinking toward the future of international politics. There is a definite desire from the major powers to stop dealing with other parts of the world and focus on Asia. But with the situation in the Middle East and its adjacent regions, it makes it difficult to disengage from this region and focus somewhere else. Every time that someone expresses frustration or fatigue about the developments in this region, something else comes up that boosts the interest and attention toward the region. In the last few months, following the U.S. withdrawal from some parts of northern Syria, we have witnessed increasing activity of Russia to gain control of the regions abandoned by the U.S. While many have discussed the potential geopolitical ramifications of the increasing Russian footprint in Syria, the demonstrations in Iraq changed the focus of the debate toward some other issues. Demonstrations began with the economic frustration of the Iraqi people but soon after started to target Iranian influence in the country as well.

It was not only Iraq and Syria. The issues in the Eastern Mediterranean and the dispute between Turkey and some other countries in the region, surfaced again in the last few months. For the last several months, since the beginning of Turkish drilling activities, there was a low-intensity tension among these countries about the delimitation of Exclusive Economic Zones (EEZ). The involvement of energy giants from the U.S. and the European Union, including Exxon, Nobel, Eni and Total, further complicated the dispute. The U.S. Congress even took steps and introduced resolutions to support the cooperation of Israel and Greece in the region.

Following the signing of the Turkish-Libyan accord on maritime delimitation in the Mediterranean Sea, a new debate emerged in the region. This move by two Mediterranean countries triggered the reactions of Egypt and Greece, which were trying to draw the map of EEZs that would provide the most advantage to them. While this debate on the maritime deal between Turkey and Libya was still at the top of the agenda, another agreement on security cooperation shifted the debate from the Eastern Mediterranean to the conflict in Libya. The decision of the U.N. recognized government of Libya to accept an offer from Turkey for military and logistical support transformed this mostly forgotten conflict into a major issue in regional politics. A quick visit by the Italian foreign minister to Libya and the statements by Russian President Vladimir Putin about the conflict in Libya further internationalized the issue.

All of these developments in the region took place within a few months. Although many countries are willing to shift their attention to another part of the world right now for various reasons, it is highly unlikely that there will be a total change in the focus of many countries. The disputes, interests of the nations and threats from the Middle East and its adjacent regions are likely to continue to make the region a center of attention in the coming years.