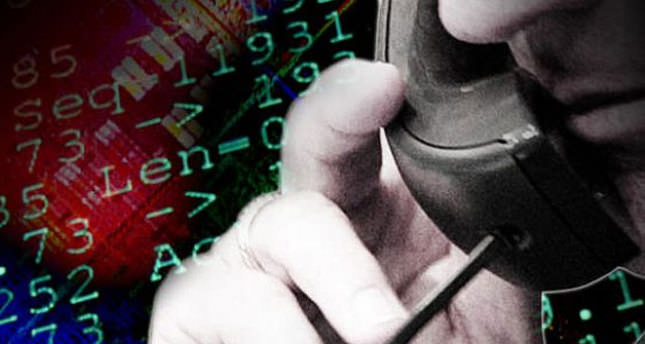 The response to the Turkish National Security Council's (MGK) "national security" issue, which began with the Dec.
17 operations and continued with raids on trucks belonging to the National Intelligence Agency (MIT) during January, indicate the beginning of a new era.

Take the ongoing military espionage and blackmailing cases in Istanbul and Izmir. An individual in one of those cases, who identified himself as "a naval officer, who will be jailed very soon," explained, "In the belief that the parallel structure in the court and the police forces will surface in the very near future, I would like to remind you of a very crucial matter. The espionage activities are not limited to wiretapping.
By using the court as an excuse for search warrants, the most confidential departments of the Turkish Armed Forces (TSK) have been penetrated." To do this, search warrants were issued simultaneously for the General Staff, the Naval Forces and the Fleet Command Operational Division.

The naval office explained that the purpose was to enter institutional servers. "However, this was hindered as much as possible by the supervisors of the investigations. The information in question is of a magnitude that could fuel the appetite of other countries."

The military espionage and blackmail cases do not only shed light on the issue of espionage, but also on the matter of "montage." Everyone, especially the Republican People's Party (CHP) General President Kemal Kılıçdaroglu, knows that there are countless examples of such practices in the past.

One example is Colonel Ibrahim Sezer, who has been put on trial. Something interesting was noticed when the retired Colonel Sezer was arrested under the scope of military espionage and blackmail investigations and transcripts of his phone conversations surfaced.

On July 14, 2010 Sezer has a conversation with Leyla Tanriverdiyeva, also known under the code name "Vika," who was deported on grounds of being a Russian agent. However, that conversation never took place. The colonel explains his victimization as follows: "The

Turkish judicial system has deliberately been misguided. I am a colonel. I have no connections to the prostitution gang Vika. I was added intentionally. This has affected the lives of 56 Turkish colonels, including myself. My reputation has suffered greatly from these accusations. Although I have no connection with this organization, they have dragged me into this case by presenting documents as though I had a conversation with Vika."

Unbelievable, isn't it? A fictional conversation between the "Russian Agent Vika" and Coronel Ibrahim Sezer, is presented as evidence and a lawsuit is filed. The people behind it are known.

Police Commissioner Hasim Gülal, comfortably explained planting the conversation in the court files and said, "Nothing was done on purpose. We were notified of the mistake upon the plaintiff 's complaints and an inquiry was made to the Chief Public Prosecutor's Office. I request for my acquittal."

As you can see, there is a structure that continuously makes use of "montage and blackmail" and who keep fabricating things. What they have done in the past only serves as collateral for what they will do in the future.