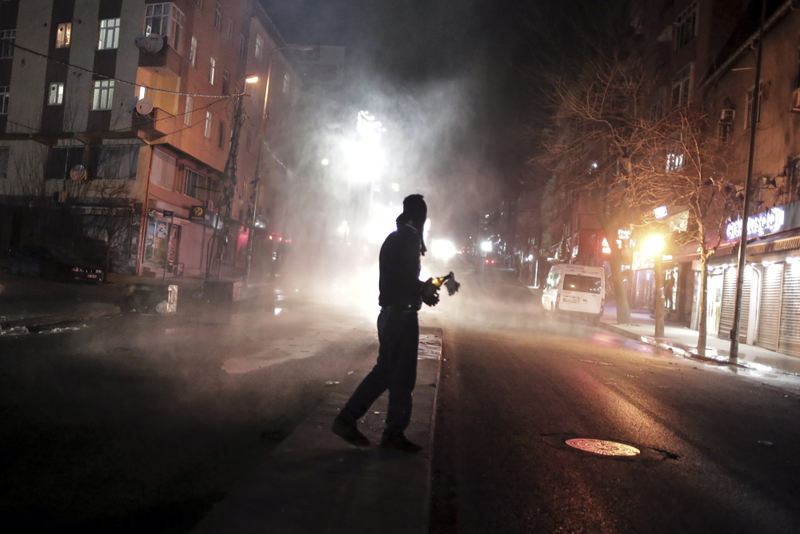 Öcalan, the terror organization's imprisoned leader, rejects the PKK's strategy formed and carried out by the PKK's leadership in cooperation with Russia and the U.S.

The Syrian civil war, the Egyptian military coup, the rise of DAESH and Russia's military involvement in the Middle East are direct results of the U.S. invasion of Iraq. Nowadays, world powers are trying to create a new regional order - as their predecessors did a century ago - and are targeting Turkey for trying to deny them the opportunity.

Since Parliament's 2003 refusal to base U.S. troops on Turkish soil, Turkey and the United States have been strategic allies with a troubled relationship. At times, successive administrations turned a blind eye to Turkey's priorities. Other times, Ankara challenged Washington's red lines. Nowadays, the Obama administration manages to ignore its own red lines. In recent months, there has been no reaction from Washington to Russia's interference in the Syrian civil war. Nor has the Obama administration taken a stand against Iranian troops being deployed to the conflict zone. Finally, Special Presidential Envoy Brett McGurk thought it would be a good idea to visit Kobani and spend some time with the Democratic Union Party (PYD) leadership while the peace talks continued in Geneva. To cut a long story short, there is a lot of confusion about Turkey's relationship with the United States.

In another interesting turn of events, the PKK - a terrorist organization that claimed to be fighting U.S. imperialism in the Middle East for decades - decided to cozy up to Washington. Some would like to believe that the organization's leaders are merely looking out for their best interests. The real world, however, is more complex. At this point, Turkey places its relationship with Washington for the people of the Middle East while the PKK comes up with ever more creative ways to serve U.S. interests in the region - and dares to slander Massoud Barzani as a collaborator and accuse Turkey of doing NATO's dirty work.

The PKK's current strategy, furthermore, stands in stark contrast with the PKK's imprisoned leader Abdullah Öcalan's position. Here's how he once described Washington's take on the Kurdish question: "In the 1990s, Israel and the United States haven't ever been for peace and reconciliation. They desperately wanted the insurgency to continue and rooted against the peaceful resolution of the Kurdish question. They wanted to keep the Middle East, in particular Iraq, under control and needed to sideline Turkey to implement their plans."

Öcalan also argued that the United States tried to sideline patriotic politicians in the 1990s. "Turgut Özal, Bülent Ecevit and Necmettin Erbakan were removed from power due to their unwillingness to respect U.S. plans and tried to resolve the Kurdish question through political channels and peace," he said.

And where does he stand on the PKK's military leadership cooperating with Washington? Possibly with reference to Middle Eastern history, he maintains "The map of the region was designed after World War I to create problems over the next century. The goal was to create tensions between Kurds and Arabs, Turks and Persians, with whom they peacefully coexisted throughout history. [They wanted to] disturb the status quo and perpetuate the battle between various groups."

At this point, the United States and Russia openly support PKK and PYD militants under the pretext of fighting DAESH. According to Öcalan, however, "those they call Islamic terrorists are agents of their own making."

A final quote from the PKK founder: "What will the United States give you, you idiots? They will only spill your blood and colonize you."
RELATED TOPICS