Transformation of the AK Party-MHP alliance 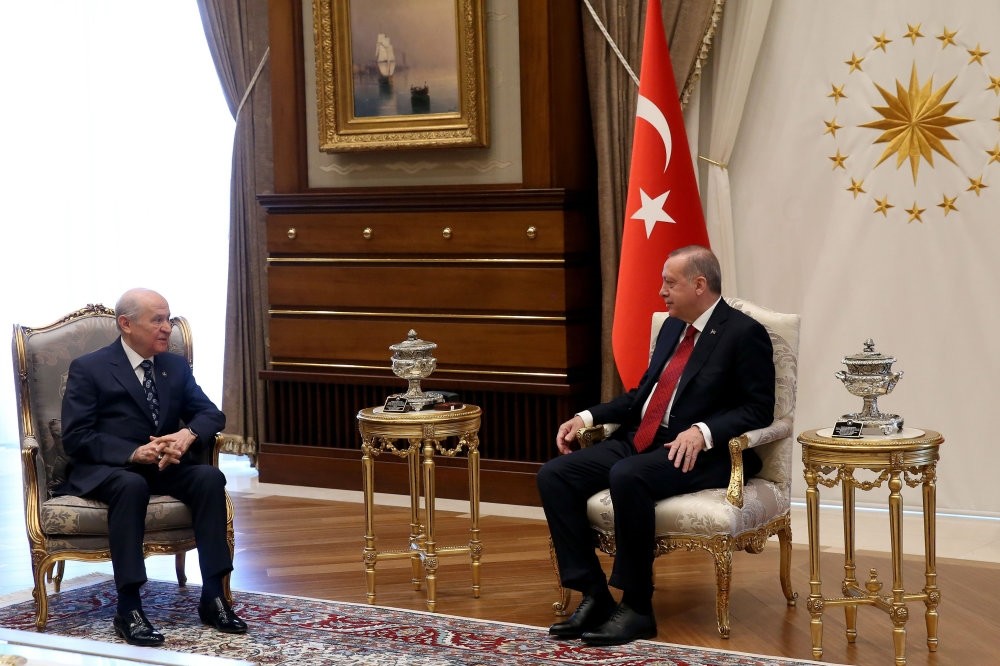 The alliance between the AK Party and the MHP for the upcoming local elections has ended, but is still valid in general and expected to continue until 2023

The political agenda in Turkey has been shaken by the collapse of a potential alliance between the Justice and Development Party (AK Party) and the Nationalist Movement Party (MHP). We will only entirely see its effects over time. However, all accounts in Turkish politics are being re-established as of today.

Well, the question is what happened to the local alliance between the AK Party and the MHP while both are still part of the People's Alliance?

In fact, political players within both parties have been suggesting for some time now that "there was no longer a need for an alliance for the local elections" and that has come to deal a blow to the alliance. Coupled with the MHP's insistence on the amnesty bill, which is not understandable at all, things have raged out of control, leading to consequences that are affecting the markets as well.

Here, the important question is whether this rupture will also affect the People's Alliance, which is said to continue until 2023. Although both leaders announced that it would not, nobody mentioned its indirect implications. In order to see these indirect implications, it is necessary to look at the present political picture. Previously, MHP Chairman Devlet Bahçeli was vocal on the importance of the upcoming local elections with an emphasis on Istanbul.

He said, "If Istanbul is lost, the new government system becomes a matter of debate." We can also include Ankara, Antalya, Adana and even Mersin to that list. In this case, an interesting picture emerges. According to public opinion researchers, in such a case, the MHP could not win any municipalities in any city other than Osmaniye. However, the AK Party could also have more difficulty than expected in the same provinces.

It could be said that Bahçeli, who stands out as a leader continuously setting the political agenda, will perhaps be on a high-risk journey for the first time because of his move. I do not know if the price has been considered, but it will be a challenging journey.

Things are not easy for the AK Party, either.

President Recep Tayyip Erdoğan's leadership, the growing perception of Turkey's role in foreign policy and the introduction of new relations with the U.S. and the EU will have positive reflections. However, adverse developments related to the alliance are affecting both the economy and politics.

The AK Party has to manage this process in a much more sophisticated way without making a mistake. It can overcome the problem only with candidates who embrace the sociology of metropolitan cities, provinces and districts and win people's hearts there. In short, these elections, which are considered to be the "last election," by new and old parties alike, will probably be the "most difficult" election.