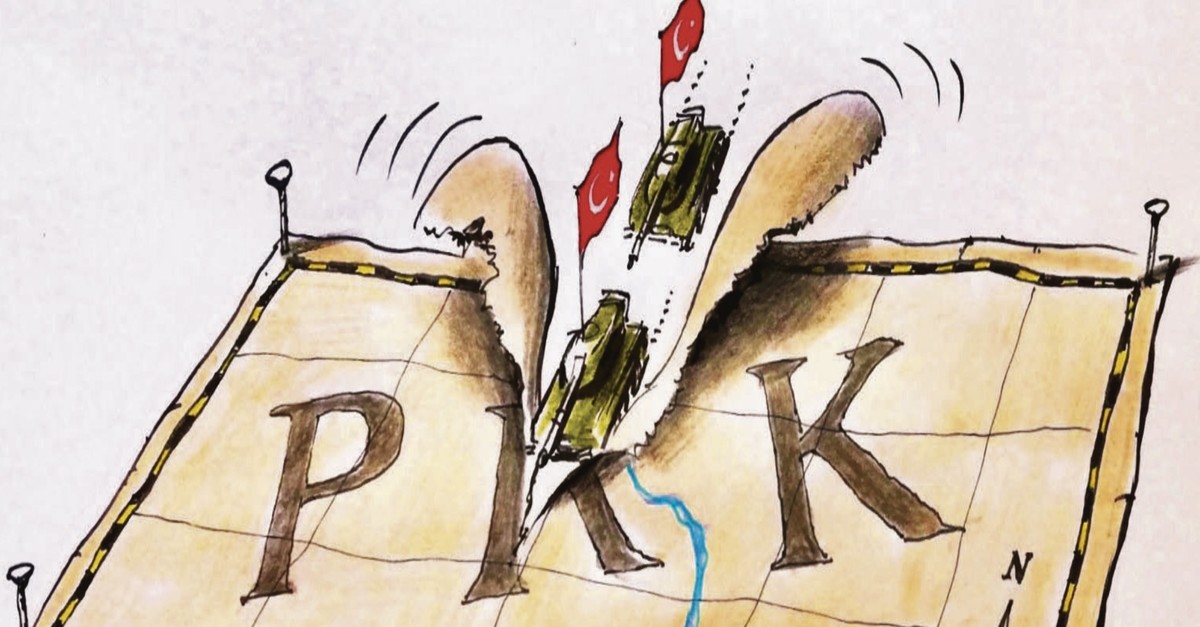 The Turkish operation, which the world had been watching for and has waited for with great interest, has started. Turkey has moved to create a "safe zone" in northern Syria to prevent a terror formation which would plunge the region into chaos with the support of global powers.

The process was announced to the world with the following tweet by President Recep Tayyip Erdoğan: "The Turkish Armed Forces (TSK) initiated Operation Peace Spring against the PKK/YPG (People's Protection Units) and Daesh terrorist organizations in northern Syria."

This step opens the door to a new era, not just for Turkey, but for the world and our region. Perhaps this aspect of the incident will be understood much better in years to come, rather than today.This is the first meaningful response in decades to say "stop" to imperial powers that have been making malevolent plans and turning the region into a bloodbath with proxy wars and terrorist organizations in the region spanning from Afghanistan to Iraq and from Libya to Syria.

We will see more clearly in the coming days how this will shake up global power centers, U.S. domestic politics have already been shaken. We are on the verge of a new era where the mold has been broken and the global system cracks. In a sense, what Ismet Pasha said years ago is coming true: "A new world will be established and Turkey will take its place there."

As those who live amid such an important and historical incident that will shape the future of our region, and even the world, we do not have an easy job.

Therefore, not only military forces, but also civilian soft forces should take action.

Unfortunately, not much is being done about this except for a few positive steps. Even Republican Sen. Lindsey Graham, who came to Turkey and watched a concert with President Erdoğan, has adopted an anti-Turkey attitude.

Even if the rationale is on domestic political arguments, there must be ways to win such people. As early as 2014, then-U.S. Secretary of State John Kerry told Foreign Minister Mevlüt Çavuşoğlu that they had "documents proving Turkey's alleged oil trade with Daesh."

Do you know what happened next? Kerry and the CIA had to apologize. We evaluated even this step, but could not change the perception of Turkey in the U.S. There is still a perception in U.S. public opinion that it is the terrorist organization PKK/YPG that is fighting Daesh. Of course, the Gülenist Terror Group (FETÖ), Israeli and even Armenian lobbies have contributed to this, but we also have some shortcomings.

There are many successful initiatives on this issue, such as the latest article in The Wall Street Journal by the Presidential Communications Office recently, and these need to be intensified. The business community, nongovernmental organizations (NGOs) and, most importantly, the government, should focus on lobbying activities since we are so right.

Lastly, I have to say it seems that the U.S. will not actually oppose Turkey's military operation in northern Syria; however, it has not piled up weapons and equipment for naught.

No matter what they say, and no matter what they expect, Turkey will overcome this process, albeit difficult, with its historical experience and decisive political stance and will sooner or later bring peace to the region by opening the way for civilian politics.