Turkey's search for a new paradigm for the resolution process 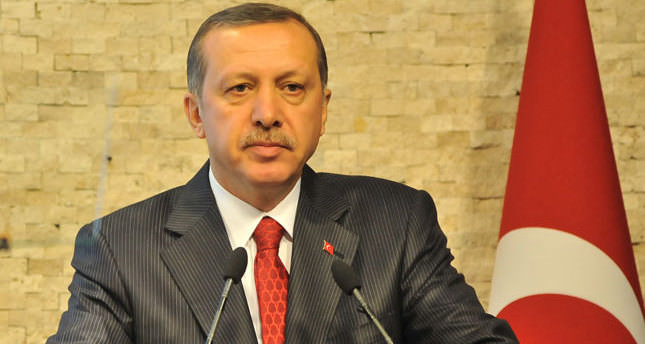 by Markar Esayan May 16, 2014 12:00 am
Prime Minister Recep Tayyip Erdoğan once said, "We are looking for clear water to turn our faces," a comment which preceded his condolence message for the 1915 tragedy. This expression seemingly caught the attention of no one but Etyen Mahçupyan. At least, there weren't many people who wrote about this critical and radical sentence. This radical remark actually has showed the reformist leader and his party's need and determination to break all ties from Turkey's oligarchic state regime as a paradigm. Even though the reforms might have been casually made in 2002, when the story of the party's rule began, they now demand intellectual depth and ideological background. In order to complete the "revolution of the people," and make the transformation in Turkey permanent, it is necessary to ponder and deepen the theoretical background of the discussion on oligarchic alliances in Turkey.

Erdoğan expressed this need through the metaphor of "clear water." So, which system of values would replace the unhealthy ideas of the Kemalist mindset while facing the 1915 incident and the resolution of the Kurdish problem in Turkey? Kemalist oligarchy is built upon radical positivism and racism, a product of Western corruption. It is not even an original invention or an anomaly peculiar to this country. It produced Kurdish, Armenian and Alevi issues and political and economic exploitation. Each of Turkey's attempts to stop this system of exploitation was interrupted by coup d'états supported by the West. Even influential leaders such as Turgut Özal, who was willing to solve the Kurdish and Armenian problems, were hampered by lynchings carried out by this oligarchy alliance. And the leaders attempting to solve the Kurdish issue such as Erbakan and Ecevit ended up with explicit or implicit coups.

So, in the face of these problems, how can one possibly reverse the social indoctrination (or poisoning) process of state apparatuses? A radical step such as ending the war with the PKK could not be taken without persuading the public. How would it be possible to send condolences for the 1915 incident in a country where the Armenians were demonized by the secular and elite stratum of society for 100 years? How is it possible while the Republican People's Party and its media apparatuses, which regard themselves as "secular, western and modern," hate the idea of being equal to others and resist reforms through their media and bureaucratic power?

The only problem is not the fact that the Kemalist oligarchy is a racist dictatorship. This paradigm is also completely alien to this geography. So, while burning all the bridges with this mindset, it was essential to avoid imposing a project upon the public and attempting any kind of political engineering, even though they were performed with goodwill. Do not forget that the Kemalists also took this road with goodwill.

Both Erdoğan and Abdullah Öcalan, the leader of the PKK, were aware of the delicacy of the condition. So, they settled the resolution process both on the global rules of democracy and the values of Islam. It was not possible to initiate the process without erasing the Kemalist nationalism from public awareness. Mutual values of peace and equality, which have a context in public, replaced the decadent values. Islam has many considerable references indicating that Turks, Kurds, Armenians and all the other communities should be equal. On the occasion of Newroz in 2013, Öcalan said it was essential to shift to a democratic system instead of imperialist modernity, referring to Islam to support his ideas. This also means that the PKK, which has a strong secular tradition, would make peace with religion and the religious masses. While taking this step, they did not abandon democracy. They only built a hybrid and authentic model. In this way, society could create a peaceful atmosphere with its own unique methods and the real maestro would be the people. From this point of view, it is evident that Erdoğan and Öcalan are the leaders paving the way for participatory democracy rather than imposing ideas.

On May 11 and 12, 2014, the Democratic Islam Congress was held in Diyarbakır upon Öcalan's call. A critical declaration was announced at the Congress. The declaration suggested that peace would be found both in light of the universal rules adopted by Turkey's communities and the community of equality and negotiation stated in the Medina Pact according to Islam. So far, this bloody war has claimed the lives of 40,000 people and broke the two communities apart. To rebuild the atmosphere of security that fell to pieces due to the war, this hybrid model was ideal.

The secularists are startled when they hear the word "Islam" as a result of their arrogance, slyness, but mostly ignorance. For Turkish and Kurdish communities, there is nothing more normal and healthier than remembering their common past dating back 1,000 years. And when this process ends in success, more equal relationships will be possible not only within Turkey, but also between the West and the East, which will surely contribute to the peace in the world more than impositions.