'Assad wins the war but not the peace' 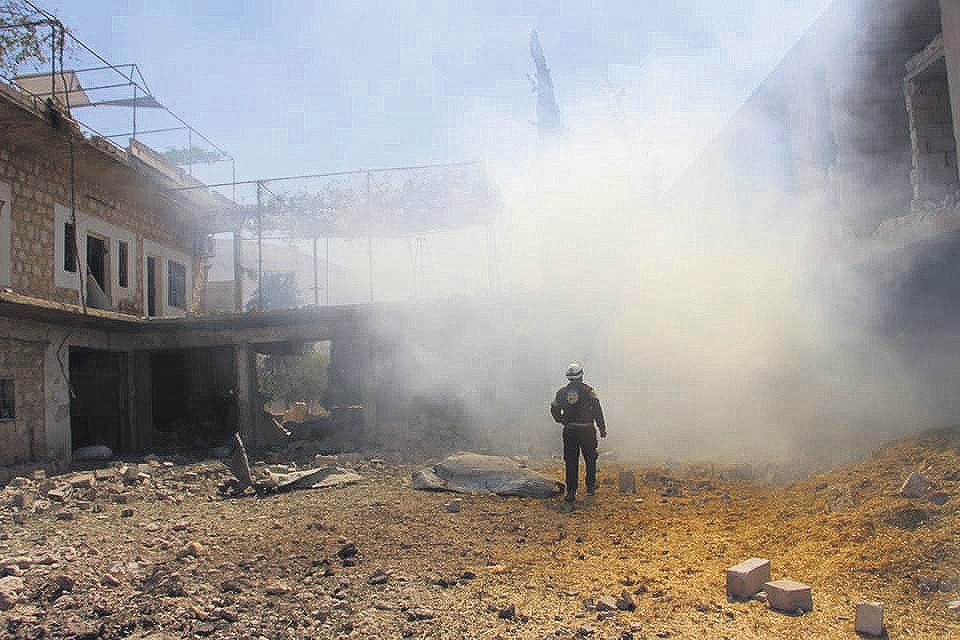 Smoke rises following a series of airstrikes by the Russian military that killed four civilians and wounded five others, Idlib, northern Syria, early Tuesday.
by Mehmet Barlas Sep 05, 2018 12:00 am

The new equation in Idlib could lead to Turkish and Russia armies confronting one another in northern Syria, risking the ongoing successful cooperation between the two parties

The world witnessed how the Bashar Assad regime devastated the historical city of Aleppo and brutally killed civilians there. Now, yet another Syrian town, Idlib, along with its hundreds of thousands of residents, face a similar threat. While all eyes are on the crisis for a while now, we can already hear the footsteps of a battle in the city after the Russian army reportedly attacked by claiming one of its bases came under threat from the militants.

One of the most striking comments that explain the situation in Syria came from French Foreign Minister Jean-Yves Le Drian. He said that all powers must take action in order to prevent any bloodshed in Idlib. The French minister summed up the situation by saying: "Assad has won the war, but hasn't won the peace … We can say the same for those who support the Assad regime, I'm saying this particularly for Russia."

What Bashar Assad thinks about the Idlib crisis can be understood from Russia's Foreign Minister Sergei Lavrov's statements in a meeting at Moscow's State Diplomacy Institute. Lavrov said that it is impossible to tolerate the Idlib issue forever. He said there should be a difference between the militants and the armed opposition groups.Lavrov claimed that the cease-fire regime in Idlib is being continuously violated and the Syrian army has been attacked for more than two months. He added that "there were even raid attempts into the Syrian army emplacements." According to the Russian minister, there were attempts to use drones to attack the Khmeimim Air Base.

The Turkish government and military are all aware of the supporters and backers of terrorist groups that pose a threat to Turkey's national security near its border. President Recep Tayyip Erdoğan said Sunday that Turkey has been left alone against the attacks from the Syrian borders. He added that Turkey was rejected from buying a security missile system that it could use to protect itself from such attacks while terrorist groups were supplied with weapons.

The crisis in Idlib does not only concern security in Syria but also in Turkey. As the whole region suffers from instability, war, lack of state functionality and proxy wars, Turkey has now found itself possibly drawn into a conflict with Russia because of the Idlib operation.

As a country that welcomed more than 3.5 million Syrian refugees, Turkey should not let this happen and once again show the whole world that it has only one intent in the Syrian equation: To assure the security of its own people and that of Syria's displaced population.