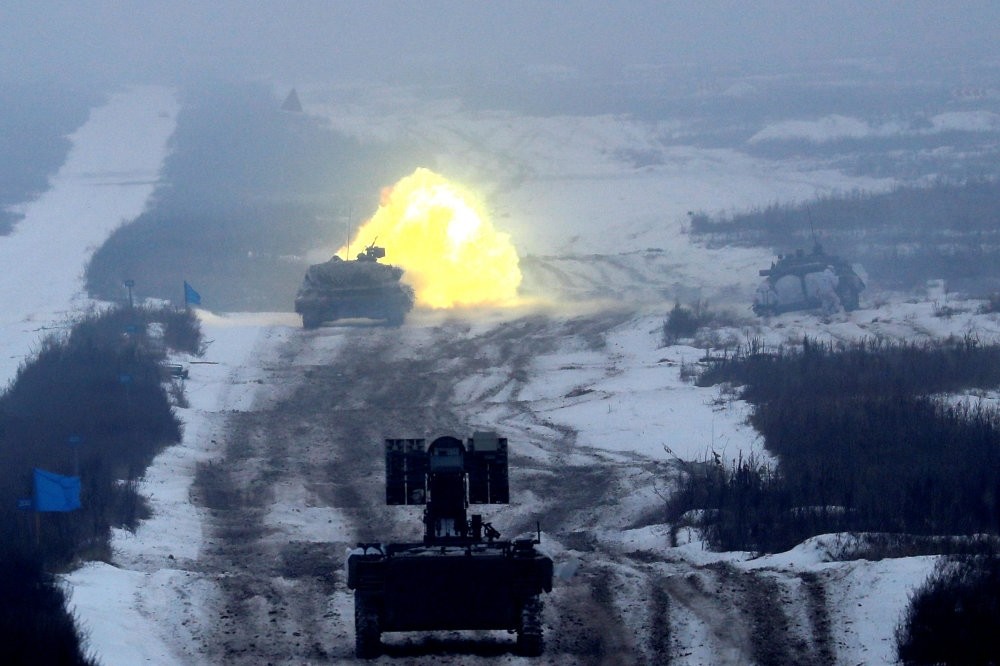 A tank fires during military exercises at the Ukrainian Ground Forces training center near Honcharivske in the Chernihiv region, Ukraine, Dec. 3.
by Mehmet Barlas Dec 05, 2018 12:00 am

The world has been encircled with conflicts, civil wars, famine, hunger and many other crises. There is no state or society left that can completely remain safe and secure as even local problems around the world rapidly spread and can impact other countries. While all of us are under such danger and threat, another crisis peaked on Nov. 25, namely the infamous Ukrainian crisis, when Moscow reportedly fired at and seized three Ukrainian naval vessels in the Black Sea. The tension between the two parties that began with the Russian annexation of Crimea in March 2014 has now re-escalated with the Kremlin's military attack.

According to Ukrainian President Petro Poroshenko, Russia, under the leadership of Vladimir Putin, is trying to enclose the Azov Sea against Ukraine by firing on its warships in order to invade the whole of the Ukrainian territories in the future. President Putin, in turn, claims that the Ukrainian leader aims to generate a crisis between Russia and Ukraine to benefit in the upcoming general elections in the country. Poroshenko's call for NATO to carry out an offensive against Russia is a part of his plan, says Putin. Both leaders furthered their war of words and blamed on one another regarding the incident.

Whether it is a real or an artificial crisis, its effects have already been felt in world politics. In this respect, German Chancellor Angela Merkel has recently rejected Poroshenko's appeal for NATO to provide naval support to Ukraine against Russia.

"We ask the Ukrainian side too, to be sensible because we know that we can only solve things through being reasonable and through dialogue," Merkel said Thursday at the annual German-Ukrainian economic forum in the capital Berlin.

Alongside Germany, Turkey is also pursuing a mediation policy among the two states, for it does not want another crisis in the already-complicated region, particularly between two of its significant allies.

Therefore, following the peak of the crisis, President Recep Tayyip Erdoğan held phone calls with the two sides in order to express Ankara's concerns for the entire region and expressed an offer to serve as the mediator state.

No matter what, both Moscow and Kiev should be aware of the looming danger and stop quarreling at such a conjuncture. If anything, the Black Sea won't stop being a potential war zone any time soon.