The world at the brink of nuclear war 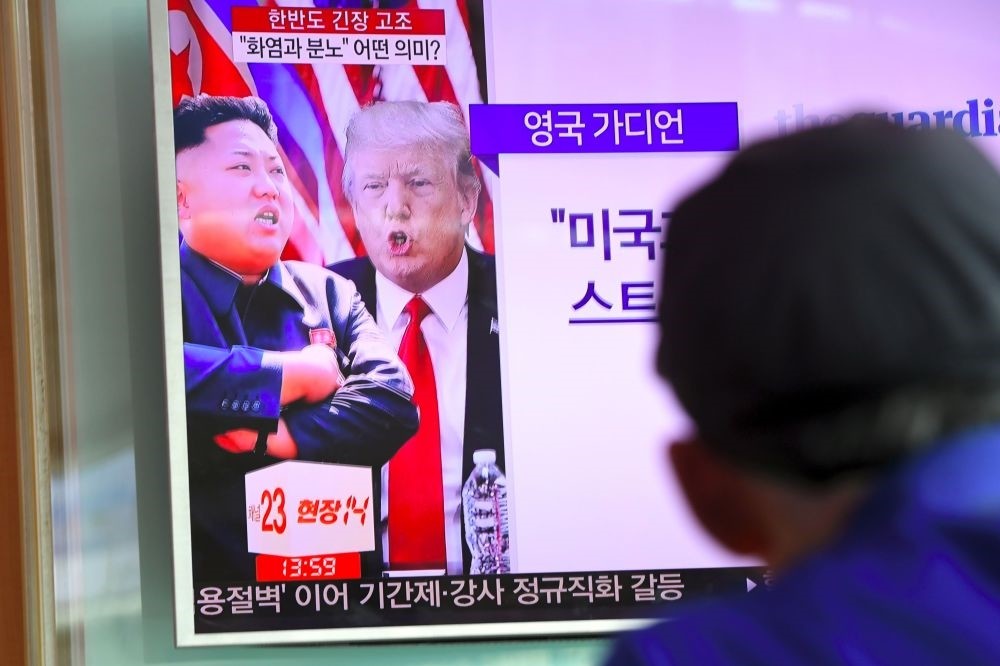 Having had to give up all his promises from the election campaign as he became isolated at home after taking office, U.S. President Donald Trump is looking for great rests for new alliances.

Trump is attempting to impose severe sanctions on Russia, with whom he promised to normalize relations before, and his latest move is against North Korea.

He made vitriolic statements yesterday, saying that Pyongyang's nuclear weapons are a threat to the U.S. and the world.

"North Korea best not make any more threats to the United States. They will be met with fire and fury like the world has never seen," Trump told reporters at one of his golf clubs.

Trump's statements came just after the United Nations' decision to impose tougher sanctions on Pyongyang and The Washington Post's news report that it based on intelligence sources, saying that North Korea has about 60 nuclear weapons.

Of course, these threatening statements from Trump were not left unanswered by the North Korean administration.

Speaking to the country's official news agency, a North Korean military official said they are working on plans for an attack on Guam's surroundings with Hwasong-12 missiles. The official said that the attack could include the U.S. military base on the island, noting that these bases are used by U.S. B12 bombers that threaten their country.

According to U.S. media, the claim that a possible operation would be conducted with nuclear submarines deployed near Guam, which is four hours from North Korea, is a sign that the parties have taken up a position close to open war against each other.

This information is unquestioningly accepted as something that could lead to a possible global war that the whole world is afraid of.

I am afraid there is no point in reports prepared by independent American and European experts showing that the figures in intelligence data on North Korea's nuclear weapons are exaggerated.

This is because, just as in Iraq, Libya or any other country, the important thing is not what the concrete evidence points to for North Korea today, but the statements from five giants that tell the whole world: We are bigger than you.

When they could not find any weapons in Iraq, which they vandalized on the grounds that it had chemical weapons, they waffled, saying the absence of evidence is not evidence of absence. Now they are saying that North Korea has the potential to threaten the safety of millions worldwide.

Their only evidence for this serious allegation is the threats that North Korean authorities have made in response, while they have set all international organizations and global media on the country, and they have driven it into a tight corner with the threat of invasion.

But we all know that if it is a crime to threaten a state that says it will attack, I think the countries with the largest criminal record in this regard are the U.S. and the imperialist states that it has taken along with it against North Korea.

What is even stranger is that all these states that accuse North Korea of having nuclear weapons are nuclear powers themselves.

No international organization or state uttered a word when the Chinese People's Liberation Army (PLA), which marked its 90th anniversary recently, flaunted its nuclear weapons to the world in official ceremonies.

No leader who says that he is worried about the future of the world condemned threatening statements from PLA commanders such as that they have the power to defeat all the armies on earth.

Who knows, maybe Trump and others think that the problem of democracy, which they say to render the alleged nuclear weapons in North Korea dangerous, is not the case for Shanghai or Moscow. So, as we all know, China and Russia are the most ideal democracies.

Yes, once again, we are watching nuclear superpowers, which have repeatedly invaded and bombed other countries, preparing to destroy a third world country that they have forced into a corner, labeling it a potential threat.

And somehow, we are sure of the cruelty and culpability of the victim, which is also referred to as the enemy.

Famous Turkish journalist and author Çetin Altan, whom we lost a few years ago, summarized this collective misery: "What repeats is not history, but the stupidity of people."