How Turkey and Russia can find common ground 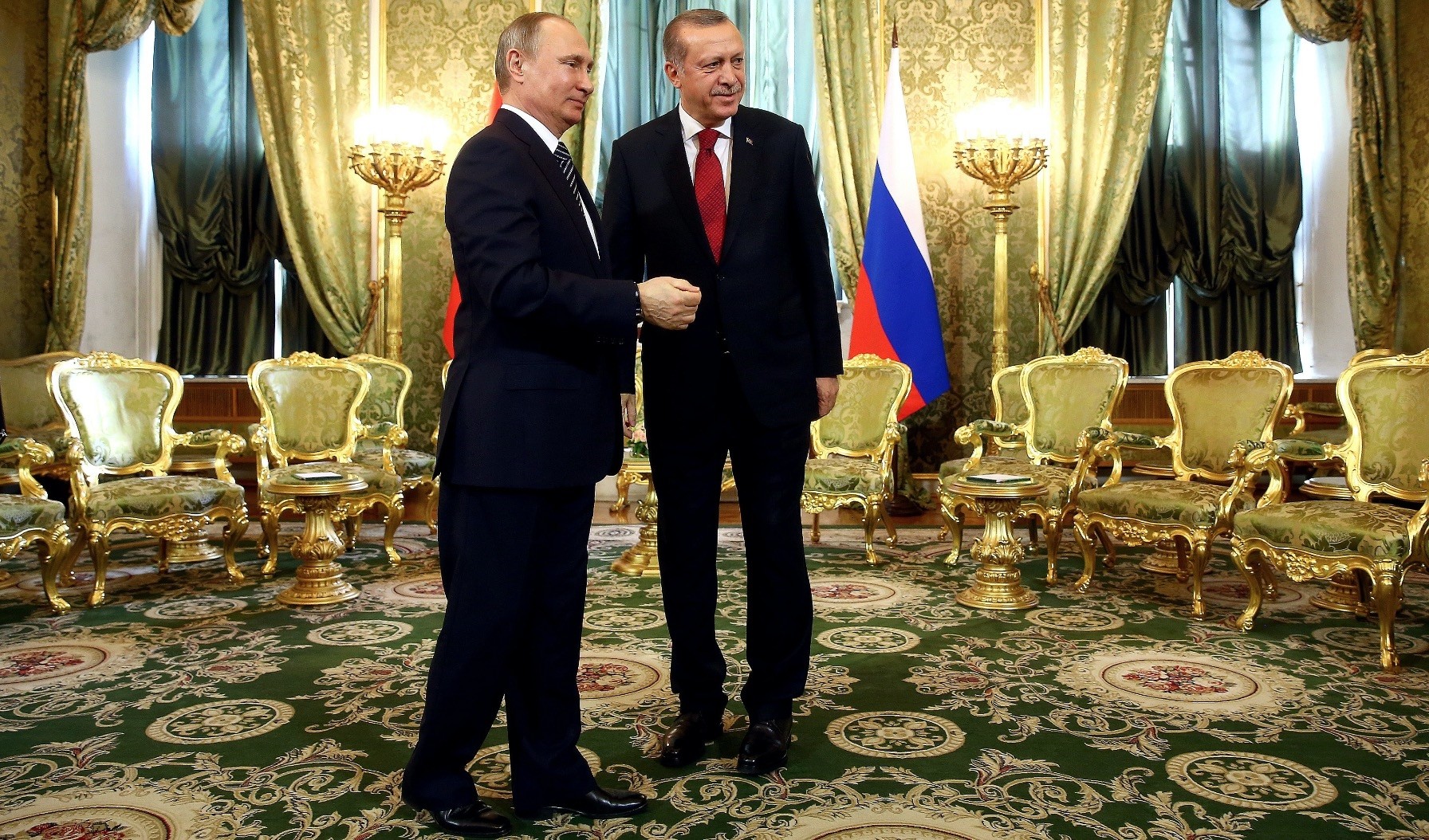 President Erdou011fan and Russian President Putin shake hands during a meeting in the Kremlin on bilateral relations and the Syrian crisis, March 10, 2018.
by Melih Altınok Jan 24, 2019 12:03 am

Turkey and Russia share the same concerns over security and future issues, meaning that the two can never allow their ties to be broken

A meeting was held between President Recep Tayyip Erdoğan and Russian President Vladimir Putin yesterday, the first in 2019, in the Russian capital Moscow. This column therefore will help recall some factual memories on the Turkey-Russia partnership and we'll have the chance today to analyze the headlines of the Moscow meeting.

For some time now it has been difficult to cover all the Erdoğan-Putin talks and gatherings as the two leaders got together so many times to meet, even despite a bilateral crisis in the recent past.

Only almost four years ago, the two states faced deep conflicts that could have led to major disagreements; however, they somehow could manage to secure their ties in a very short period of time. Doesn't it sound odd to you? The normalization process between Ankara and Moscow is thanks to the efforts of both leaders and their focus on a solution- and result-oriented approach.

Just imagine what would happen if President Erdoğan didn't realize FETÖ's involvement in the downing of a Russian jet or President Putin was manipulated and accused Turkey for the horrible incident? Or, if the two states had behaved in the Karlov case just as they did during World War I?

Hopefully, both Erdoğan and Putin won't fall into the trap while shaping the future of Syria. Moreover, Russia has been able to replace the United States and boost ties with Turkey in a very positive manner. The nuclear power plant project and the S-400 deal, in particular, have become constructive initiatives.

Today the two partners are gathering especially to discuss the Syrian issue and the Astana peace process. Since Erdoğan and U.S. President Donald Trump recently compromised on the safe zone plan, Putin is likely to send messages to the U.S. leader during his meeting with Erdoğan. In other words, the PKK and its Syrian wing, the People's Protection Units (YPG) and the Democratic Union Party (PYD) will probably be on his agenda.

No matter what, Turkey and Russia share the same concerns over security and future issues, meaning that the two can never allow their ties to be broken. It is an object of curiosity what President Trump – who has given signals on revising Barack Obama's policies in the Middle East, Turkey and Russia – will do following the Erdoğan-Putin meeting. It wouldn't be a surprise if Erdoğan and Trump get together regarding the Syrian crisis in the near future.