The pirates wear ties in the Mediterranean 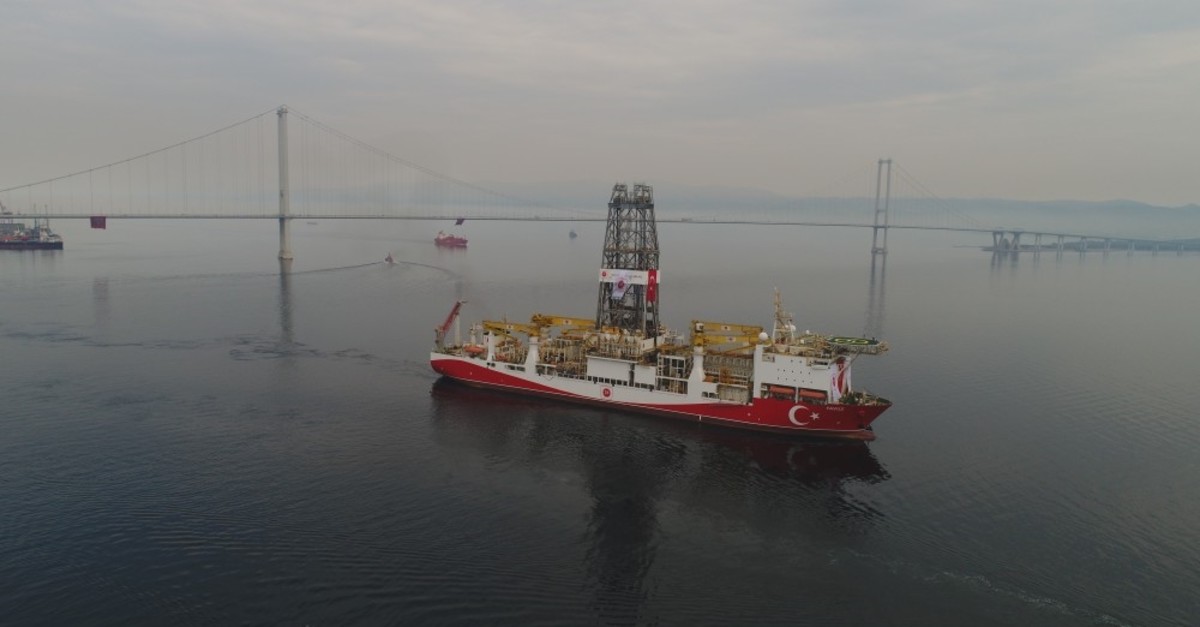 The debate on the drilling of huge oil and gas reserves discovered in the Eastern Mediterranean continues. The reason for the dispute is the thesis that only the southern administration represents the island, which is divided between the Turkish Republic of Northern Cyprus (TRNC) and the Greek Cypriot Administration of Cyprus. Thus, EU countries question Turkey's presence in the Mediterranean. The EU High Commission for Foreign Policy said in a statement that it is a "major source of concern" that the Yavuz, the second drilling ship that Turkey sent to the Eastern Mediterranean, has reached the area off the coast of Karpasia, claiming that Turkey has "violated the sovereignty of Cyprus."

While the EU has threatened Turkey with various sanctions to stop drilling, Greece's new foreign minister has started to shake his finger at Turkey as his first job in office.

However, both international law and practice so far are also in favor of Turkey.

First, there is no single authority on Cyprus, but there are two legitimate states. In 2004, the island had a referendum on reunification. While 65 percent of Turkish Cypriots said "yes," 75 percent of Greek Cypriots said "no," leading to the failure of the so-called Kofi Annan reunification project. On the other hand, the EU disregarded its own law and accepted the Greek Cypriot Administration of Southern Cyprus as a member despite the border dispute. Since then, the TRNC's rights have been unlawfully ignored due to the de facto situation created.

The Exclusive Economic Zone Agreement signed between the Greek Cypriot administration and Egypt in 2003, which is frequently raised during the debate, is void since the TRNC, which has sovereign rights on the island and in the maritime domain, is not a party to the agreement.

Turkey, along with Greece and the U.K., is one of the guarantor countries in Cyprus. Therefore, it is one of the countries that have a say on the island. Today, Ankara continues its drilling operations in the Eastern Mediterranean at the request of the TRNC.

Second, the Mediterranean is an inland sea and has an area not exceeding 400 miles. Cyprus is not its only owner. As a mainland state, Turkey itself has the rights of the continental shelf, as do other countries bordering the Mediterranean Sea. The EU and the Greek Cypriot administration are trying to block Turkey's right to open up to the open seas through the imposition of an area whose borders cannot be legally established. This is unprecedented bullying!

Obviously, the EU thinks that it is faced with the old Turkey, which can be brought into line through futile talks, economic threats, international pressure and fait accompli.

They will not wait too long to come to know that they are wrong. This is because Turkey, which has set out with equipped drilling ships that are found in few countries in the world, is determined to claim the right to set its energy policies in accordance with the law.

Those who wonder how Turkey has not allowed "pirates" in various disguises violate its sovereignty rights in the Mediterranean, which has been known as a Turkish lake for centuries, can look at history.