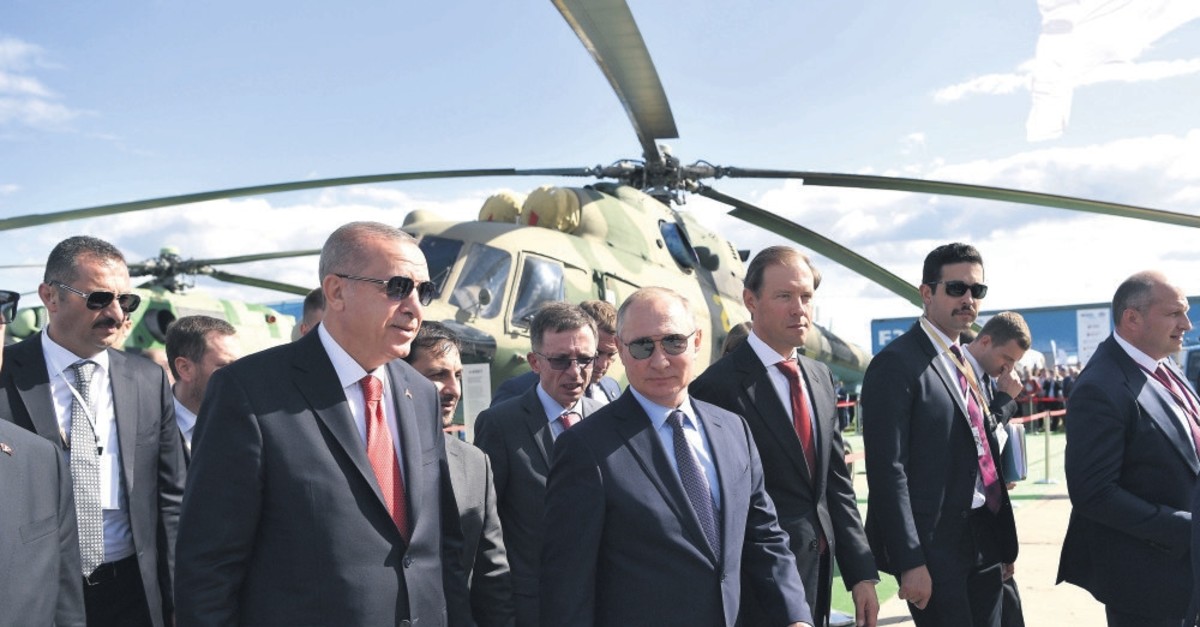 Turkey's multidimensional foreign policy is influencing both Russia and the U.S. as they decide to take steps in the region

President Recep Tayyip Erdoğan went to Russia this week to meet with his Russian counterpart Vladimir Putin. How the visit would go was a matter of curiosity given it followed Turkey and the U.S. establishing a joint operations center on the "peace corridor" that will be established in northern Syria. In fact, some analysts in Western media put forward allegations that tensions had escalated between Ankara and Moscow before the visit. However, the intimacy between the two leaders, far beyond diplomatic meetings, quickly dispelled this atmosphere. Of course, the issue is not just about the photos of the leaders reflected in the media. Russian President Putin's following statement on the most controversial issue supports our claim: "Turkey's formation of a safe zone on its southern borders is a positive step for Syria's territorial integrity."

Russia and Turkey continue to work efficiently in the Astana format, which is the most efficient process in resolving the Syrian crisis. We understand Turkey's sensitivities very well. It must ensure its security on its borders, this is Turkey's legitimate right."

During meetings, Erdoğan and Putin took steps on the new generation of SU-57 combat aircraft, an alternative to the F-35 project. Moreover, Putin examined these aircraft, which are an object of curiosity, with Erdoğan in front of the cameras.

The message from the U.S., which closely monitored developments, did not go unnoticed.

The Committee on Foreign Affairs of the House of Representatives issued the following statement via Twitter: "President Trump, you must sanction Turkey over its purchase of the S-400 air defense system, as required by U.S. law. Turkey's interests are best served by partnership with the U.S., not the Kremlin."

As the Turkish proverb goes, we do not know whether to laugh or cry in the face of this statement.

The "warning" and "advice" from the House of Representatives for Turkey, as well as for the U.S. president, make a match of this proverb. They act as if they had approved the sale of the Patriots to Turkey, a NATO member, despite its insistent demand that it needed them, as if they did not urge for the removal of Turkey from the F-35 project, on which it worked on for years, and as if they did not push Ankara to the Kremlin.

It is really funny that they say "your interests are best served by partnership with the U.S." at a time when the S-400 deployment in Turkey has started and Turkey is on the verge of reaching an agreement with Russia on a new generation warplane.

On the other hand, it is pathetic that the House of Representatives has asked Trump to partner with them in their mistakes. After all, Trump has established a balance of relations with Turkey and is taking joint steps with his trusted ally in the Middle East in northern Syria.

I am sure President Trump, who has shown that he understands that U.S. interests will be protected by working with Ankara, has thought of this in the background while watching President Erdoğan's meetings in Russia.