In search of new allies, Iran escalates crisis with US 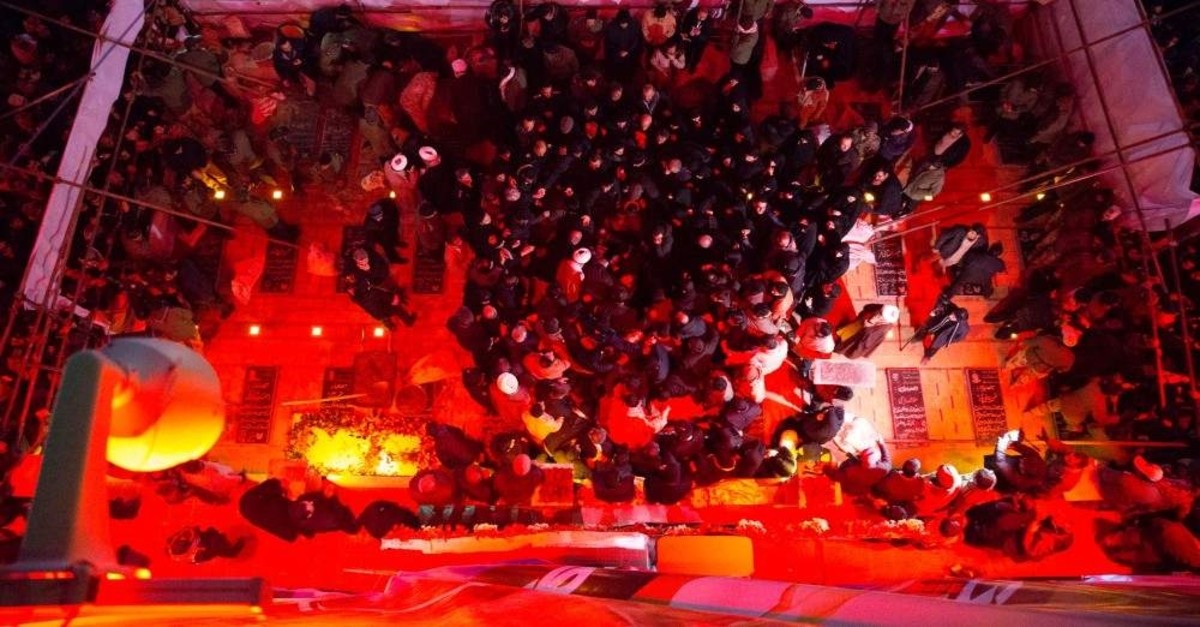 People lower the coffin of Iranian top commander Qassem Soleimani, who was killed in a U.S. airstrike at Baghdad airport, into his grave at his hometown in Kerman, Iran, Jan. 8, 2020. (Reuters Photo)
by Melih Altınok Jan 09, 2020 1:18 am

Tehran's retaliation to the killing of its top commander will particularly serve to contribute to the strategy of President Trump, who will run for office again this year

It was an object of curiosity how Iran would retaliate to the killing of Qassem Soleimani, commander of the Iranian Revolutionary Guard's Quds Force, by the U.S. during an operation in Iraq.

Early Wednesday morning, Iran struck the U.S.'s Ain al-Asad airbase in Iraq with dozens of ballistic missiles. Iran's TV Mehr announced that the attack was carried out by the Revolutionary Guards themselves.

Although Tehran named the Operation "Martyr Soleimani," it is clear that there was no equivalent response to the U.S. move that "overthrew the vizier."

Moreover, the country's religious leader Ali Khamenei's instruction that "the Iranian army should give the answer" had already made clear possible U.S. targets – the U.S. bases and embassies in neighboring countries that surround Iran from all quarters in the region and of course Washington's allies, such as Saudi Arabi and Israel.

So, it does not seem like a surprise for the U.S., which will not experience the war at home or on its borders, unlike Iran. This time, Tehran's retaliation will do nothing but contribute to the strategy of President Donald Trump, who will run in the 2020 election.

The Iranian regime is also aware of its capacity and the mechanics of 40 years of tension between the two countries. Therefore, they feel they have no choice but to fight an open war with the U.S. Of course, in order to do that, they need to spread the war and find allies for themselves.

Iranian President Hassan Rouhani's call on President Recep Tayyip Erdoğan to "counter the arrogant actions of the U.S. together" is an outcome of this need.

The manipulation by Iran's Embassy in Ankara on its Twitter account early in the crisis can be considered a characteristic example of "Persian craftiness."

In the early hours of the assassination of Soleimani, the official account of the embassy said: "We are deeply upset by the absence of Martyr Soleimani. I am aware of the anger of the people of Iran, you and the Guide, Turkish President Mr. Recep Tayyip Erdoğan said in a telephone conversation with Iranian President Hassan Rouhani."

However, presidential sources told TRT World that Erdoğan used language consistent with diplomatic conventions and never said the word "martyr" during the conversation.

The solemn and reserved stance that Turkey has adopted since the beginning of the crisis is very valuable for all parties. In addition, Turkey has established a realistic and civilized relationship with the Trump administration, as well as dialogue with Iran and Russia. Given Erdoğan's successful role and experience in the Obama-era uranium swap deal with Iran, Turkey's position becomes even more influential.

I hope the last big scramble of hostile brothers who have nurtured tensions with each other for 40 years will not spread too far and that behind-the-scenes actors like Russia and Israel, which will go to elections in 2020, will not step in.