From whom do we need to protect Christian heritage in Jerusalem? 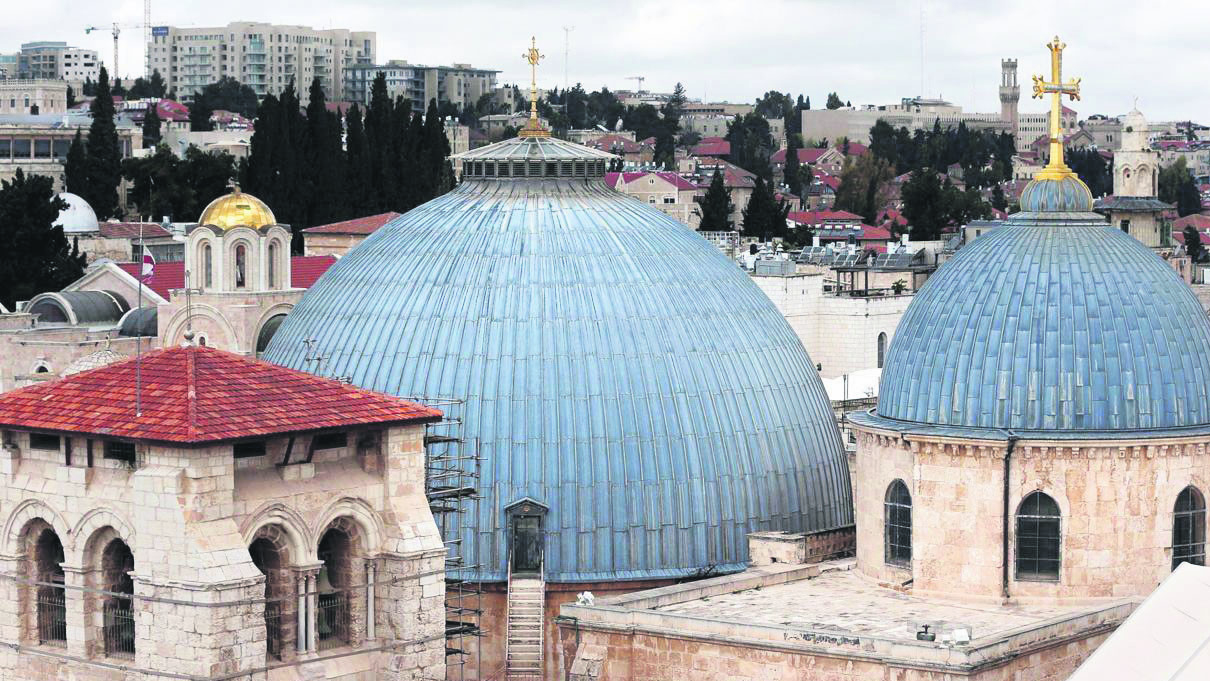 Arabs, both Muslim and Christian, are losing the right to live in their homelands, being pushed out of their ancestors's land and their houses of worship are being besieged

The Orthodox patriarch of Jerusalem, Theophilos III, wrote about his fear that Christians were being driven out of the Holy Land. In an article published by the British newspaper, The Guardian, he said the city's Christians who have a history dating back at least two millennia, and the residents of the old city in general, are at risk, as are the lands owned by the Christian churches of the Holy Land. The article refers to "radical settlers" without mentioning Israel's illegal occupation even once.

With the intensity and frequency of the occupied West Bank discussions for Muslims, the millennial-old great history of Christians' situation in Palestine is mostly under shadowed.

Christians are able to live according to their religious traditions in Jerusalem, as part of the multireligious atmosphere of the holy city for centuries. They are never perceived as posing a threat to any authority. The Virgin Mary, according to Christian tradition, lived in the city until her 90s and eventually died there. Some believe her resting place is Jerusalem's the Church of the Holy Ascension, reached by walking down a 60-step staircase.

Jerusalem is sacred because it is believed where Virgin Mary lived and was sanctified. Christian sources say Mary, as a child, was taken to the Solomon's temple where she was sworn to chastity and later retired there. The life she led inspired the institution of nuns. The region has been attracting Christian pilgrims for millennia. There is, of course, the legend that she spent the rest of her days with John the Apostle in Ephesus or that she never died but ascended to heaven. However, the established belief is that her remains with many of Christianity's most important relics remain in Jerusalem.

Also, many Christian pilgrims every year visit many spots around Jerusalem where Jesus Christ is believed to have preached, been crucified, died and resurrected.

It is said that Mary, when Jesus Christ turned 12, took him to Jerusalem and visited Solomon's Temple. There, he started a debate with Jewish religious scholars who were amazed with his wisdom and remarks. According to Christians, this interaction at Solomon's Temple means the triumph of Christianity over Judaism. With the arrival of the much-awaited Messiah, a new era has begun.

The tombs of many of Christianity's most important saints and apostles are also in Jerusalem. The most important rituals of Christianity were formulated there, including the Holy Communion. According to the Bible, Jesus Christ, during the last supper, hands over bread and wine to the apostles, telling them that these were his body and blood.

The road that pilgrims tread every year to understand the passion of Christ passes through Jerusalem as well.

Reports in the 11th century about how Christian tombs and churches were being ransacked mobilized millions across Europe for the Crusades as these lands are inevitably sacred and holy.

Christians and Europe's silence for what is happening in Jerusalem and in the occupied territories nowadays is deafening.

Today, A Russian Jew or an American Jew, who has no family ties to this region whatsoever, can get a residence permit to live in the Holy Land. However, Christians, or Muslims for that matter, have no such right. Arabs, both Muslim and Christian, lose the right to live in their homelands if they are overseas for eight years. They are being pushed out of the land of their ancestors, their houses of worship are being besieged. Israeli soldiers stationed in front of Catholic and Armenian churches in Jerusalem give the impression that they are being protected from outside dangers while the truth is that they are the danger itself.

Today's Europe is a far cry from the land of Christendom it was in the past but still post-Christian Europe should at least mobilize to protect its cultural history and heritage. "Radical settlers" are destroying the last vestiges of other religions in the Holy Land. Isn't ignoring the important legacy of Jesus Christ, the Virgin Mary and the apostles, as well as cultural and historical relics, tantamount to turning ones back on one's history?