We won't forget the Western media's 'fake news' on July 15 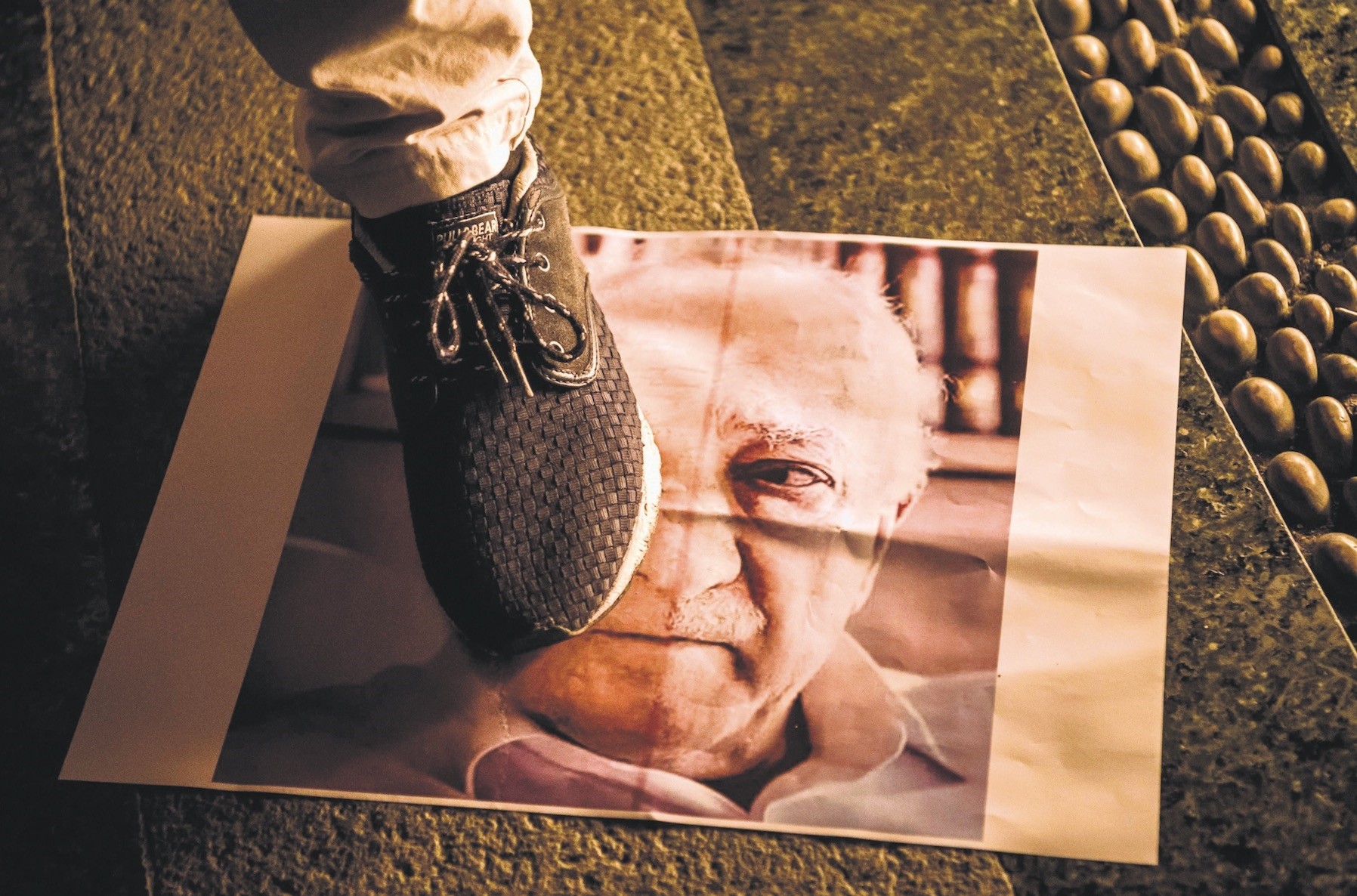 Sunday is the anniversary of the 2016 coup attempt, which we, as the Turkish people, remember in deep sorrow for the loss of 250 civilian lives. On July 15, we, as the whole nation, were intensely shocked and disappointed. Some of the disappointments were because of our Western friends and, in particular, their media outlets' approach to the bloody coup attempt. For instance, mainstream media organizations such as the New York Times, the Guardian, the Times, the Daily Mail, BBC, CNN, Der Spiegel, Bild, ARD and Al Jazeera English did not report on the coup night and its aftermath in a rational or factual way. They ignored the coup soldiers firing at civilians, airstrike attacks, the blockades on the Bosporus bridges, the occupying of the state-run TV building and other such incidents, and instead published news stories about "Erdoğan's rising power" and the "increasing purge" in the days after this bloody night in the country.

In the pre-July 15 period, anti-Turkey news reports had already increased in mainstream Western media. Their July 15 reports became the last drop of their anti-Turkey campaigns. To be truthful, their biased and narrow-minded views of Turkey were natural and resulted from their correspondents and contributors in Turkey living in specific areas, like the "Cihangir Republic" where a small minority of elites reside, but not in other districts or provinces. Accordingly, this situation causes them to be misled about the country's reality and makes them see things from only the point of view of the opposition's political perspective. For a long time now, the Justice and Development Party (AK Party) of President Erdoğan has been labeled as Islamist, jihadist, or as a ruling party that backs even the radical, extremist Daesh.

Indeed, the AK Party is a center-right political party and neither center-right parties nor other political parties in Turkey have ever had any links or connections with radical groups like Daesh. The very same media outlets have been, and still are, making efforts to portray the radical religious cult of the Gülenist Terror Group (FETÖ), the perpetrator of the coup attempt, as a modern, liberal and moderate movement. This is simply delusional. They have furthered the anti-Turkey rhetoric in many other news stories, be it by portraying Turkey's attempts to be a strong actor in its region as attempts to drive away from the West as an axis shift.

Time magazine, for example, defined Erdoğan as a leader that benefits from conflicts and divides his country into two groups which polarize society: The Turkey lovers and haters. The editors of the magazine refrained from using the term "coup" in their publications at the beginning of the heinous July 15 coup attempt. While covering the developments on the night of July 15, they didn't use photos of the Turkish people's resistance on the streets against the putschists, but instead intentionally chose photos of some chadored women or bearded men – simply radical and Islamist figures in their eyes – as Erdoğan supporters.

For example, according to British media, who cannot and do not even try to understand FETÖ's terrorist activities, Gülen, the leader of terrorist FETÖ, is described as secretive but peaceful and moderate, while Erdoğan is defined as Islamist and a radical actor. The BBC, with its biased and politically-motivated team in Turkey, labeled Erdoğan as a combative and aggressive president. The BBC stories on July 15 said the coup was an expected development and their perpetrators, i.e. FETÖ members, were the well-educated members of a good and moderate community.

Moreover, in the aftermath of the bloody night on July 15, Michael Schramm from ARD television described the coup attempt, which was responsible for the deaths of hundreds, as a rightful attempt for the Turkish Armed Forces (TSK) and backed the coup scenario. For him, the pro-Western Turkish army was the defender of the principles of the secular and modern founding leader Mustafa Kemal Atatürk while the Islamist conservative AK Party was trying to transform Atatürk's Turkey and weaken the country during its 14-year rule. According to Der Spiegel, the coup attempt was simply a fake one. Some German media furthered the campaign and published stories saying that Turkish protesters cut the heads of military officers on the Bosporus Bridge, now known as the July 15 Martyrs' Bridge. Later, it was understood that the pictures used for such news items were photos of Daesh members fabricated for fake news.

According to the same media outlets, Turkey deserved such a coup for its democracy was damaged by the ruling party and Erdoğan. For them, the people defending Turkey's democracy were indeed a bunch of pro-Erdoğan radical group members.

As a person who participated in the democracy watches those days, I can say that Istanbul was more secure than it had been at any other time. Those days, masses of people flocked to the city centers and showed support for their country in a very peaceful manner. Music, concerts and similar events accompanied the people in the style of a peaceful festival; however the above mentioned media groups ignored them. Sadly, they didn't even broadcast the funeral ceremonies of killed civilians; instead they focused on the future of the coup perpetrators and the "danger of purges."

The U.S. media also joined the pro-July 15 and anti-Turkey coup club and threatened Turkey on its NATO membership. The U.S. administration under the leadership of then President Barack Obama started arguing on whether Turkey was a trustworthy ally or not. Two years later, the whole world is now witnessing how the U.S. is indeed an unreliable ally with its inconsistent foreign policies. To cite one example, the EU Council President Donald Tusk warned the U.S. president last week, "Mr. Trump, appreciate your allies. You don't have many."

Right after the coup attempt in 2016, the then Secretary of State John Kerry had argued that Turkey would have very little chance to be a member of NATO if it were to apply to join today. It was two years ago. Just three days ago however, a NATO joint statement justified Turkey's security concerns and supports it had been released.

Two years after this "Kerry-style approach" towards Turkey, today it is apparently safe to say that Turkey is truly a reliable partner and ally for NATO and the West and its stability is crucial for the region and its role in the refugee crisis has helped prevent a big crisis from deepening.

Meanwhile, the U.S. has lost its reputation as a trustworthy ally while the EU has left Turkey alone to struggle with the refugee issue. The Western media's biased and fake news on the July 15 bloody coup attempt and its aftermath have been recorded; they will always be remembered as pieces of bad journalism in history.