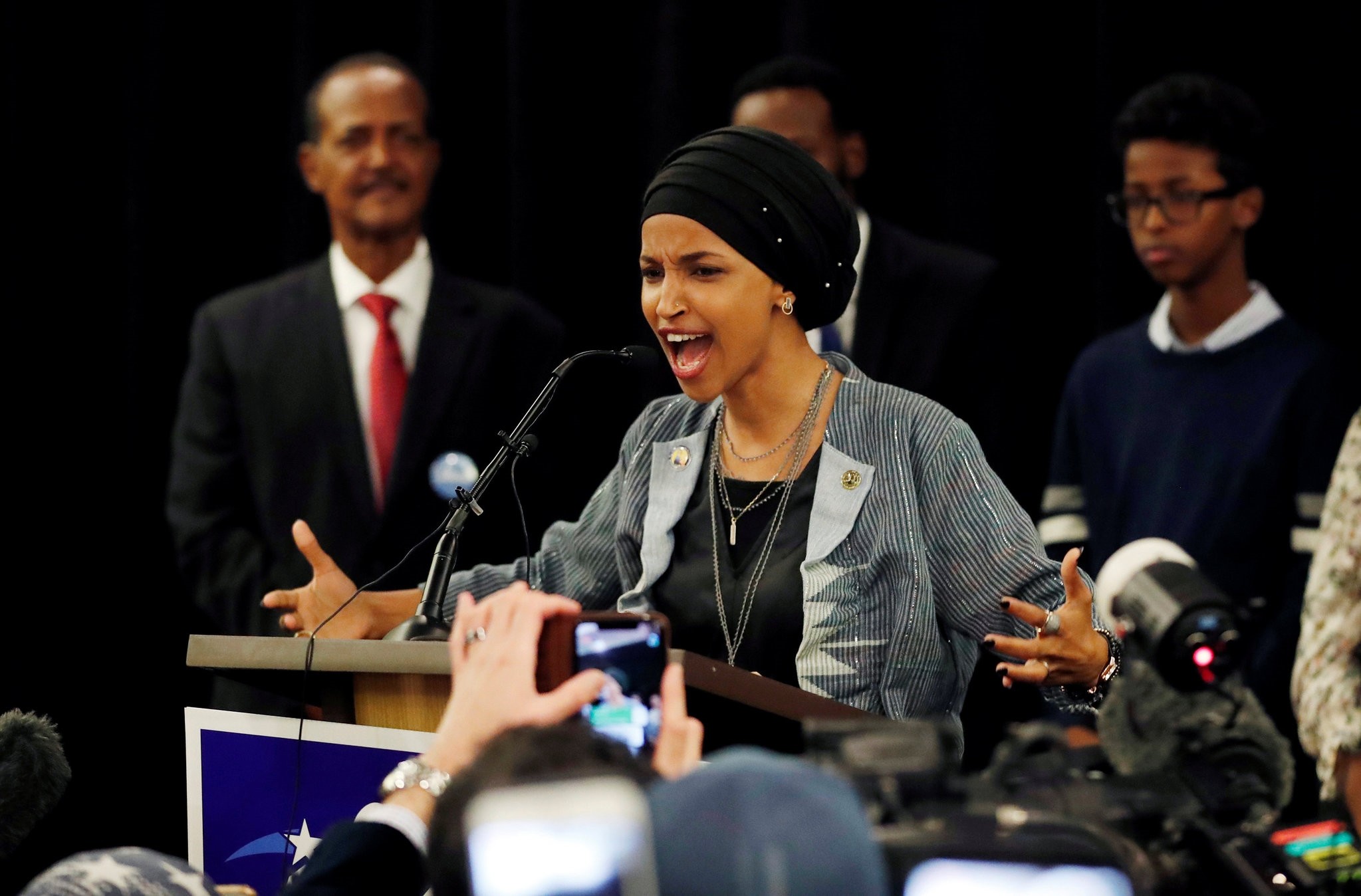 Cheering the 'victory for women' in the midterm elections is just an illusion for the U.S. public, as the country has a much deeper and systemic issue than Donald Trump's presidency; the enduring problem of male privilege

Ilhan Omar emerged in front of the crowd as "the first hijab-wearing woman to represent us in Congress." The crowd cheered back. She will also be the first Somali-American member of Congress. As other diverse class of candidates, an openly gay man and a woman, the Native American women, she beat her republican rival. The first openly gay governor, Jared Polis of Colorado, is also the first Jewish governor of the states.

Among these firsts, the U.S. public yesterday witnessed a midterm election that made history. One could fairly ask: Why now, why today and why so late? It seems that U.S. Democrats needed an agent of chaos like Donald Trump, who openly fought against political correctness and sobriety in the last two years, to give a chance to Muslim, Native American, gay and Jewish candidates.

The first two Native American women and a Muslim woman were elected to Congress two years after Trump was sworn in. Unfortunately, what we witnessed yesterday, the twisted cause and effect of Trumpism, also demonstrates the two-faced nature of Western values. We may all now bask in the glory of chaos.

Additionally, the two Native American women, among a class of 100 women in the House of Representatives, can be seen as a blessing, or as proof that even in established democracies scoring such firsts is still possible due to continuing male domination in politics.

Women's studies specialists were the first to discover that it is not just about women's fight for equality and justice, but also to understand what white male privilege is.

The privilege enjoyed by a white, rich and powerful man weighs heavily not only on women but also on other minorities or people that do not find space for themselves under the definition of "normal and acceptable" in societies.

That these categories of people lack proper representation is not due to their willingness to be invisible, but because of systemic challenges that make Native Americans, blacks and Muslims disadvantaged, with women doubly victimized in the process. As Trump so fittingly articulates: This is SAD. VERY SAD.

The New York Times, while cheering the record number of women in the House, pigeonholes all these groups into a "diverse" category, which is incredibly similar to the "multi-kulti" tolerance seen in Europe once upon a time. That era sadly passed for migrants and Muslims in Europe as a result of the rise of the far-right and the political domination of anti-migrant groups. However, it seems the magic word of diversity can be passed on and seems alive and well across the sea, as we all pretend to live together as one happy family.

In the eyes of the Democrats, the victory of women is seen not as a march of more women in politics, but a show of anger and frustration of women against Trump's politics. After yesterday, Americans can pat each other on the backs about how they showed Trump the true character of their countrymen.

And it took Trump's penchant for destroying the established order for the powers that be to remember these women and give them the necessary support to run for top political offices. When white male politics get stuck, call in the women's issues to fix it.