The questions behind Tolon’s release on Tuesday 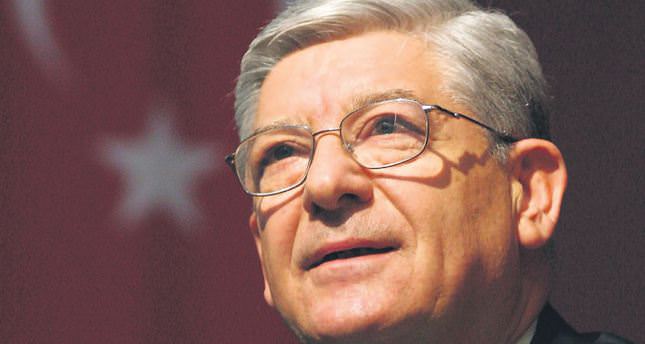 by Nagehan Alçı Jun 13, 2014 12:00 am
On Tuesday it was announced that General Hurşit Tolon, who had spent a great deal of time in custody, would be released. While Tolon was being tried as part of the Ergenekon case, he was faced with another arrest warrant, this time in connection with the Malatya Zirve Publishing House massacre trial. That is the reason why Tolon remained in Silivri Prison while almost all others who were tried in the Ergenekon case were released. However, it was rumored that the judge who issued the arrest warrant did so under the reasoning that "he's behind bars for Ergenekon in any case, here is some a little symbolic."

Years have passed since the heinous Zirve massacre in Malatya in 2007 and yet the events of that day are not much clearer. The connections that the perpetrators had to the victims have not been uncovered. The only reason Tolon was the key defendant for this case was that he was in Malatya on the same day for a conference. There is no other tangible evidence. It was with this tenuous link that Tolon was become the key defendant. There were claims about the existence of an organization known TUSHAD (this claim was based on information provided by the secret witness turned defendant İlker Çınar).

I interviewed Tolon at Silivri prison in early May. The observations I made and the experiences I had on that day in Silivri prison were shocking. As I was stepping inside a gentleman drew near me. With colored eyes, a smiling face, a very respectable gentleman... He introduced himself by saying, "I am Bülent Tolon, Hurşit Pasha's brother." He was delighted when I told him that I was there to visit Hurşit Pasha. As we parted ways, I saw General Hasan Iğsız, who had been released a short time before from Ergenekon. He, too, was visiting his brothers in arms.

We reached the hall where Tolon Pasha was waiting. The Pasha greeted me standing. After a brief exchange of pleasantries and once seated I started from, what seemed to me, a ridiculous point, saying, "Your name is mentioned in the death of Turgut Özal." "When Özal died I was a brigadier stationed at Mamak. We were rehearsing for a parade," Tolon replied and pushed the conversation toward Malatya and the source of these accusations, witness and defendants and İlker Çınar.

İlkner Çınar first appeared as a secret witness under the name of Deniz Uygar. Çınar later revealed his identity and became a defendant in the case once he claimed that Hurşit Tolon was at the helm of the organization TUSHAD, which Çınar claimed to be a member of. Çınar went further and claimed that TUSHAD was a secret organization within the General Staff that compiled reports on missionaries and was not only behind the Malatya massacre but also had poisoned Turkish PM Turgut Özal.

Hurşit Tolon explained in detail Çınar's inconsistencies and how he had never met Çınar, a statement which Çınar himself verified. He was highly reactive. "There's Ergenekon of course but Malatya is a dead weight. How could they accuse me of murder?"

When I asked "who do you think set up this scheme against you and why?" without hesitation Tolon replied, "The aim was to link the Malatya massacre with Ergenekon. It was by pure coincidence that I was in Malatya on that day, which is why I was chosen. The conferences were planned months in advance."

According to Hurşit Tolon, if had he never gone to that conference, we would not be sitting across from each other in a prison today. "What if Şener Eruygur or İbrahim Fırtına or any other general had been at the conference instead?" Tolon replied implying that then they would have been accused. "I think TUSHAD never existed. It was never formed. Both the General Staff and the gendarmerie general command confirmed this. Hilmi Özkök Pasha, Mehmet Eymür and many other testified that no such organization existed."

According to Hurşit Tolon, İlker Çınar has been lying from the start. Çınar joined the armed forces in 1992 and committed several crimes. He remained enlisted until Nov. 27 1993. There are reports about him which state he is a liar, a crook, and that "he only comes and goes to pick up his pay slip" and more. Then Çınar disappears, converts to Christianity and moves to Tarsus to set up a church until 2005. Hulki Cevizoğlu hears of him and draws him near along with Zekeriya Beyaz. Although his face is covered, it becomes evident that it is Çınar in the broadcast. Perhaps he was excommunicated after that broadcast. He is in hiding until 2008. On Aug. 15, 2008 Çınar is called in as a witness for the Malatya murders by the Tarsus prosecutor's office. Çınar's statement then was that he had never met those had committed the murders. After two years, Çınar reappears claiming that he was suffering from a guilty conscience. "When I thought I was serving the state, I was actually serving an organization. This organization was TUSHAD." Thus in 2010, according to one statement through the Tarsus prosecutor's offıce and according to another statement through the Prime Ministry Communication Director, Çınar began to testify as a witness. Then something unusual happened, the Tarsus prosecutor told him to go to Istanbul and testify there, according to Tolon.

Zekeriya Öz had decided from the start to have us hanged

Tolon believes that Çınar was redirected to Istanbul because he was linked with Ergenekon. "Ergenekon prosecutor Zekeriya Öz had decided from the start to have us hanged, at which point he started to actively follow the trial" Tolon recalled. He continued, "Until that point, I use to travel around Turkey and give speeches on civil society activities and the subject of Turkey's internal and external enemies. I was explaining the Cemaat threat from a reactionary perspective." Tolon paused for a moment and then continued, "You know the first question that Öz asked me? 'Do you know Çetin Doğan? How do you know him?' I would like to remind you that this is 2008. Two year prior to the Balyoz trial!"

Hurşit Tolon's claims are very interesting and yet it is important to note that several commanders of that time who fed the paranoia of "internal enemies, threats to unity, the sharia threat" are still with us today. We still remember the "We Are All Armenian" placards following Hrant Dink's murder. The secular, coup mindset that was able to see the elected government as a threat dealt a great deal of damage to this country. While the owners of the mindset were not confronted with their actual crimes but held accountable, some, such as the pasha sitting across from me, are held up as smokescreens by others.

During the conversation with the general, the subject turned to the recent statements of Prime Minister Recep Tayyip Erdoğan, the post-Dec. 17 allegations that the government plotted against the armed forces and claims about Cemaat and their parallel state. "The Prime Minister's statements are spot on" said Tolon, "A manipulated judiciary, a manipulated prosecutor, a manipulated police... If the Ergenekon case is reopened, this will be evident. My son's flat search was undertaken when he was not there by breaking the door, which is when the parallel CDs were found. The property and evidence unit have three copies of the CDs. But these CDs are not reflected in the original records. Neither the Ankara National Police Department nor the Istanbul Police Department of the time were able to explain the extra CDs. Yet I was imprisoned on the basis of these 2 CDs that are not present in the house search records and an image that does not betray this sham. I suffered the most under the plot of the parallel judiciary!"

When asked "Ever since the AK Party came to power they have been perceived as a threat. Plans to overthrow the government were being made at military headquarters. Do you still view the AK Party as a threat today?" Tolon replied, "No, I could not say that today."

Tolon said that during the Ergenekon trials there were many attempts to portray him through lies and manipulated data. As an example, he referenced some of the locations in the indictment. For instance a speech that he had not made was attributed to him when in fact it was clear the speaker was in fact Mehmet Sevigen of the CHP.

Hurşit Tolon's release from the Zirve Publishing trial following his release from Ergenekon shows that these cases need to be reviewed from start to finish, and in fact retrials need to be held. The evidence is growing that a most righteous basis has been used as a smokescreen, a purge, a silencing mechanism. In a case where the no. 1 suspect is released, the legitimacy of the trial is called into question. After this point for matters to come out into the open a new era must begin. If the claims of fabricated evidence are true, who created them and why? Do they share any common points with names like Hurşit Tolon? Those of us who thought we were fighting against the deep state and coup mentality in a legal framework, what was it we failed to notice? The release of Tolon leaves us face to face with such questions.

Last night as soon as Tolon was released from prison, I called his lawyer İlkay Sezer to express my best wishes. He was with Tolon. They said they did not expect this release, and were very happy. However, they reminded me of their ongoing unjust treatment. Therefore, it is of great importance that the answers to these questions be found as soon as possible.