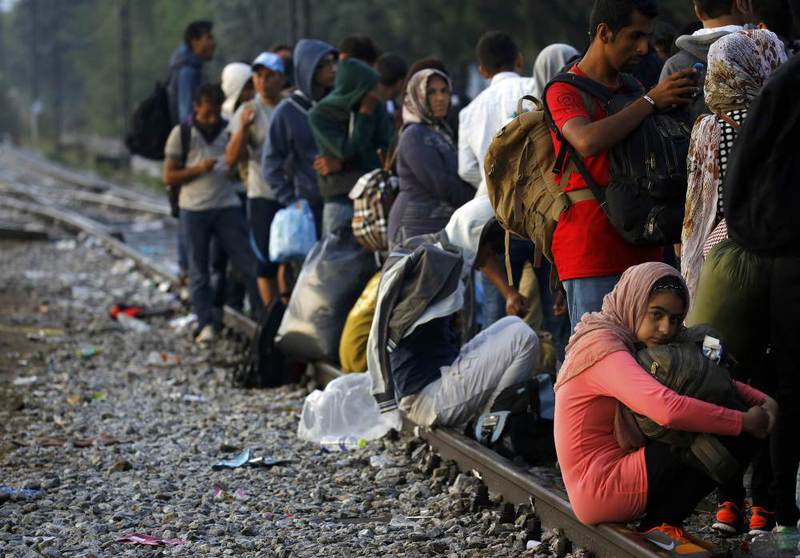 The latest declaration by Putin that his government will militarily support the Assad regime leaves no shadow of doubt that the chaos in Syria is not going to end any time soon.
by Nagehan Alçı Sep 29, 2015 12:00 am

Everything is happening in Syria in accordance with Assad's wishes: While Russia and Iran's cooperation involves the Syrian conflict, the U.S. softens its Syrian policy-finding solution to end the war through supporting the regime

It is no secret that the whole world is affected by the Syrian regime's massacres of thousands of people as well as terror and chaos caused by the concomitant turbulence. Unfortunately, the Syria example alone has proved the hypocrisy of the international community and that the world is experiencing a power struggle rather than a fight for morality and conscience. Things have escalated to the current stage with Russia and Iran's overt and the West's indirect support for Syrian President Bashar Assad. Now there are efforts to present Assad as an antidote to a great trouble like the Islamic State of Iraq and al-Sham (ISIS).

It appears that the important thing to do at this stage is to stop ferocity as soon as possible and to aim for a new system in the medium term. Russian President Vladimir Putin, who overtly announced that Russia is on Assad's side, plays a large part in the achievement of this. During a recent interview by Charlie Rose on CBS, Putin said helping Assad is the sole way of fighting terrorism in Syria. While Russia accuses the U.S. of increasing its military presence in Syria, it accumulates a large quantity of ammunition and weapons in the country. According to U.S. authorities, Moscow dispatched tanks, which were produced by Uralvagonzavod and have been used since 1993, to the Syrian city of Latakia. Also, Putin has also provided Assad's army with Smerch weapons, heavy multiple rocket launchers dubbed "whirlwind" as well as warplanes and unmanned aerial vehicles. In short, the army that fights for Assad has been equipped by Russia.

Last week, The Wall Street Journal published a report that Russia and Iran have increased cooperation to enable Assad to boost his control over the coast. The report also suggests Iran's Revolutionary Guards and Hezbollah are deployed around Latakia.

This picture challenges U.S. policies that aim to immobilize Assad in the medium term. As such, Washington has given a sign of moderation in its policies regarding Assad. An example of this is that U.S. Secretary of State John Kerry said Assad can remain in power until a new government is formed in Syria.

President Recep Tayyip Erdoğan's remark that a transition period with Assad can be possible, which he made after the Qurban Bayram prayer, should be addressed along with these developments. With Russia's support, Assad wants to increase its control over Syria, particularly Latakia and its surroundings that enable access to the Mediterranean. Putin has dispatched major military power to Syria to reach the Mediterranean. As this power fights against ISIS, it is in parallel with the objectives of the international coalition. What is aimed in Syria for the short term is a fight against ISIS, which is a great threat for the West, and the improvement of the current situation. This is because the current situation threatens the whole West with refugees. Unfortunately, this picture also strengthens Assad's position.
Last Update: Sep 29, 2015 2:11 am
RELATED TOPICS