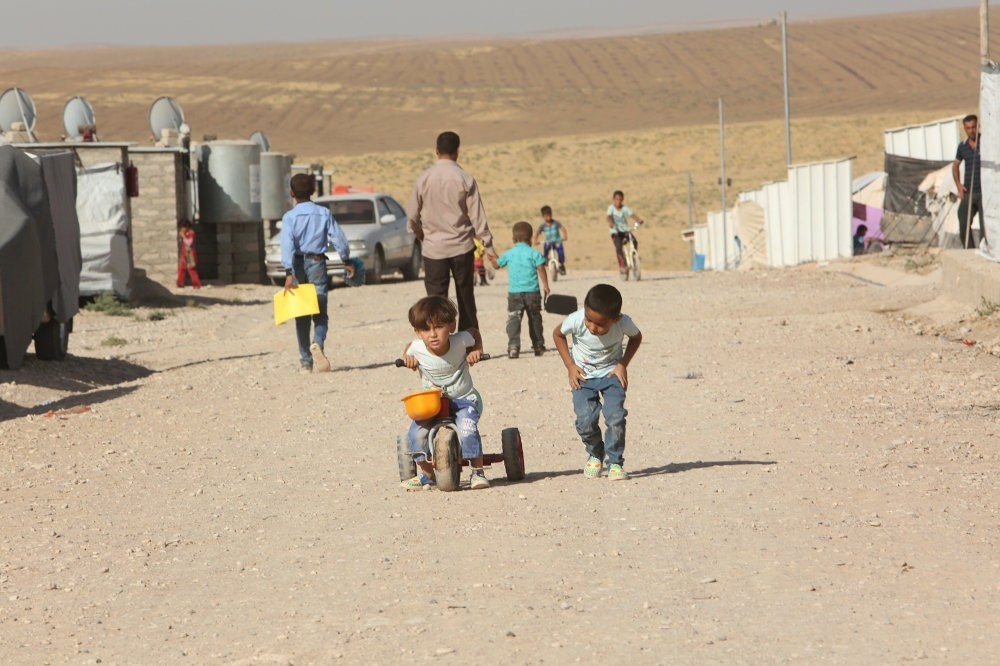 Turkey, which has been the most influential of state factors fighting Daesh, is key actor in the Mosul operation

What has been expected for a long time has finally happened. On Saturday evening, the U.S. and coalition forces kicked off an air operation in Mosul, the second largest city in Iraq after Baghdad, which has been under the occupation of Daesh since 2014. Now, determining when the land operation will begin and who will be involved in the operation is of crucial importance. The Iraqi government argues that it will be the sole authority to declare when the operation will start and has reacted harshly to the involvement of the Turkish Armed Forces (TSK) in the operation, an attitude which the U.S. supports.

However, since December 2015, the TSK has been the most influential of the state forces fighting against Daesh around Mosul. So far, the TSK has conducted 3,537 artillery shellings with T-155 Fırtına howitzers, 1,128 tank cannon shootings and more than 1,000 howitzer shellings, targeting positions in Mosul's north and northeast, killing 690 Daesh militants. The armed forces also destroyed buildings, vehicles and ammunition used by the militants. In brief, the TSK has played a significant role in weakening Daesh presence in the region. However, at this key turning point when a new administration is about to be established with the purging of the terrorist organization from the city of Mosul, Iraq wishes to omit Turkey from the equation.

Military forces are steadily preparing for the ensuing land operation in Mosul. Even though Iraq is in shambles and stays under the protection - and occupation - of coalition forces, the Iraqi army, which has no de facto power and is essentially incapable of protecting its own people or its territory, now wants to lead the Mosul operation in an ironic attempt to assert its own strength as if none of these problems existed. Of course, it is uncertain to what extent one can refer to the Iraqi army as an institution or an identity. As a matter of fact, Iran wishes to control the Mosul operation in accordance with its own goals, manipulating the Iraqi army with aims to overrun Mosul's Sunni population with Shiite power. If these goals are realized, they would be met by serious resistance from the people, resulting in tremendous losses. We must remember that despite being the most dangerous terrorist organization in the world, Daesh relies on the downtrodden situation of the Sunnis to garner its public support in the regions it controls. Of the Sunni majority, those who might stand against Daesh would probably show resistance to Shiite forces as well, in a scenario, which brings horrendous possibilities to mind.

So far, media outlets have reported that Daesh has closed all roads and bridges in Mosul and planted explosives on the left side of the Tigris River. It is also alleged that 3,500 fighters are ready for the battle in the city.

We must picture this scene... A city is being controlled by an atrocious terrorist group... The group's resistance efforts have been ongoing in full spate in the city. In local mosques, civilians are told not to leave the city. The people of Mosul are caught between two evils... Those who arrived there as supposed saviors are actually more interested in engaging in the regional power struggle than saving the people of Mosul. Otherwise, why would the Iraqi government oppose the presence of a strong army, which would, as we have seen in Syria, help to accelerate the process of purging Daesh from Mosul? It is obvious that the involvement of the Turkish army, which has helped train peshmerga forces in Bashiqa, would make things easier. But the purpose of the Mosul Operation is not that simple. The Mosul Operation is not a race to liberate the city but rather a race towards a power grab in a city that would result in the Shiite Iraqi army for Baghdad, which is controlled by Iran.

The Mosul operation is likely to be tough and long standing. As Turkish President Recep Tayyip Erdoğan told journalists in an interview conducted in his jet while returning from a visit to China, Turkey wants to participate in the operation, fight against the regional terrorist groups and endeavor to prevent the disturbance of the Shiite-Sunni balance. At this phase, our ally Barzani's peshmerga forces and the forces trained by the TSK in Bashiqa are also important components of the operation; however, it is not yet clear whether Turkey will be involved in the operation due to the U.S.'s swinging politics with regard to Turkey's clear stance against the Iraqi government. So, the operation has begun without Ankara.
RELATED TOPICS