Can fear give way to hope? 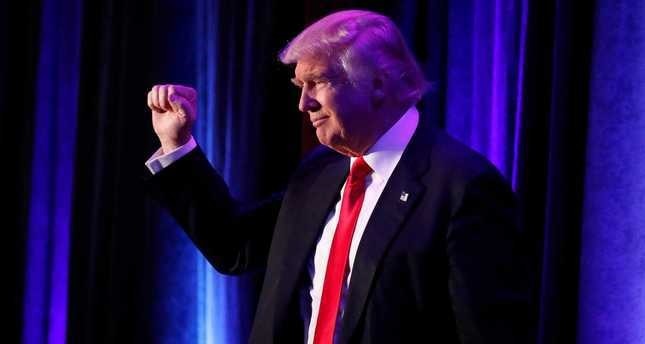 Trump is extremely pragmatist. For him, every way that leads to the target is permissible. Thus, it would not be a surprise to see that he will does not fulfill the very promises that brought him victory

After the outcome of the U.S. presidential elections put the whole world through a state of shock and disbelief, it seems inevitable that it would occupy and dominate the international agenda for a while to come.

Even though, pre-polls estimates had showed the number of vote shared between the two candidates were very close, media outlets and political elites, who have the power to shape public opinion, were inclined to estimate that the result would go in favor of Hillary Clinton. Not only Democrats but also Republicans supported Clinton this time around since she was a predictable figure and also a component of the established order thus considered not to pose any risk.

As polls showed that Clinton was ahead by a few points on the last few days before the election, minds automatically assumed that she would eventually bag it. But, unfortunately, biases and wishes took precedence over objective analyses. I think that was exactly the reason why the entire world was shocked when Donald Trump came out to be the winner.The day after the election, I attended an event held at the residence of the U.S. Consul General in Istanbul, where the election results were interpreted. During the event, I asked this question to the U.S. Ambassador to Turkey John Bass and frankly, I was also regarding Trump's victory as a surprise. But Bass said the vote shares of the two candidates were very close and considering the margin of error neither candidate's victory would have been a surprise and upon his words I understood that I was also the victim of my biases.

So, how come a real estate mogul with no experience in politics, who is also notorious for his obnoxious behaviors, was elected even though the other name has years of experience under her belt and is associated with the American history while also enjoying media and party support?

This question can be answered in many ways and thousands of people in the world are currently endeavoring to find the answers. However, in my opinion, there were several main causes that lead to this result.

First of all, the atmosphere of hope prevalent while Obama was running for presidency gave way to a feeling of fear both in the U.S. and the rest of the world. Unfortunately, the growing war in the Middle East and terrorist acts by Daesh felt in Europe have consolidated the tendencies to become more introverted and suspicious, which in turn grew into fear. Trump effectively made use of this feeling. He promised his electorates to focus on internal issues of the country rather than external and to look at the "others" with suspicion. Of course, some of the promises he made are frightening and seem to contradict the founding principles of the U.S., but, I do not think that this rhetoric would ultimately find a counterpart in practice.

Despite the fact that Trump seems to have won the election, thanks to some promises contradicting American values, he is completely and genuinely an American product. He is the embodiment of the definition of the U.S. as the "country of opportunity." He has used every means possible and seized every opportunity to win. He is not concerned about giving an elite or intellectual impression and sets a perfect example for the amorphous character of the post-modern age. A public figure, a businessman, a playboy and now also the President... This is actually the symptom of the American philosophy "it does not matter who you are, what you have achieved is important."

I think the best word defining the new President would be "pragmatism." He is extremely pragmatist and target oriented. A machiavellist... For him, every way leading to the target is permissible. During the electoral process, he saw the wishes of the electorate, the weaknesses as well as the concerns of our time and adopted a strategy appealing to them.

From now on, he is likely to pursue policies that would make things easier for the U.S. and consolidate his power within the bounds of the system. His consolidation depends on the consolidation of the country and therefore I do not think that Trump will put the words that brought him the victory into practice.
RELATED TOPICS