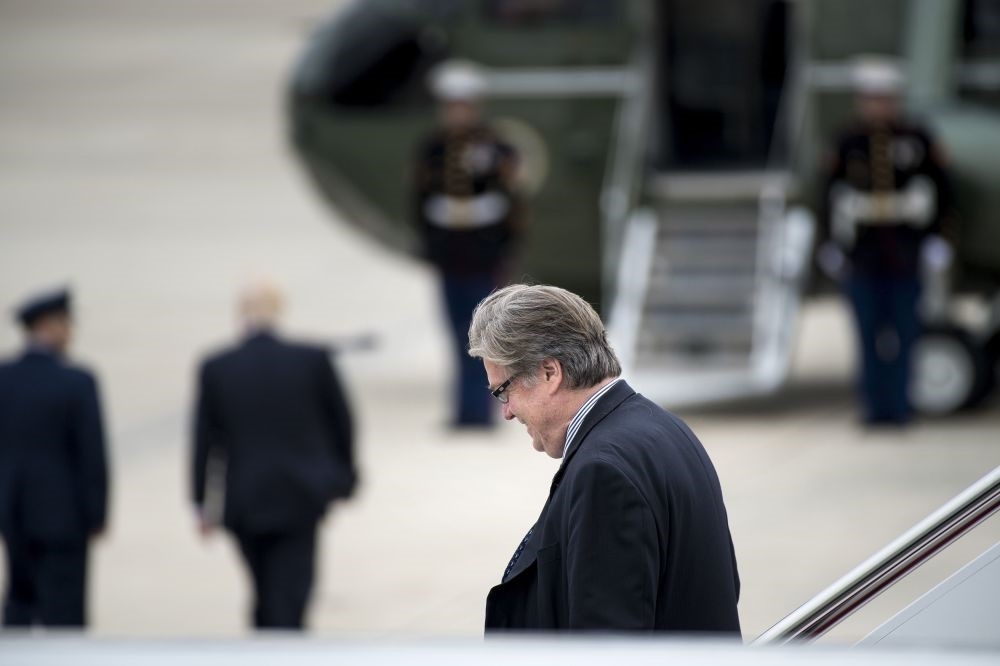 Washington cannot settle down. President Donald Trump's administration is stirred up with a new development every day, and unfortunately, the developments affect the rest of the world. Therefore, we need to take a closer look at the power balances in Trump's team, which is one of the most controversial teams in the country's history, and the reasons why Trump's chief strategist Steve Bannon has left.

Bannon was the name behind abandoning the Trans-Pacific Partnership, restricting travel of Muslims and building a wall on the Mexican border. In economic terms, he is a strict nationalist favoring introverted policies. He believes the U.S. is in an economic fight with China and defends the restriction of free trade. In brief, Bannon is one of the symbols of the protectionist, introverted and economically anti-liberal policies of the Trump administration.

On the other hand, Bannon opposes ethno-nationalism. He displayed his divergence from Trump with his reaction to the violence in Charlottesville by heavily criticizing racists and white supremacists. Consequently, he drew a distinction between ethno-nationalism and economic nationalism, opposing the former. He argued that the aim of nationalism is to avoid the negative effects of globalization.

Does Bannon's departure mean the Trump administration will be more inclined to ethno-nationalism? Given that the administration struggles to keep its base, it does not seem very reasonable for Trump to lean even more rightwing, especially considering that Europe, Germany in particular, started to search for an alternative to the U.S. and approached Russia in this respect. Impeachment is also on the agenda in the U.S.

What is happening in the corridors of the White House? Have the problems been solved after Bannon left? Of course not. The U.S. administration is stirred up amid external pressure reflected through media and the tension between the established bureaucracy and Trump. Globalist, liberal and left-wing groups strictly oppose Trump's far-right rhetoric. For this sake, they leak information using inner sources from the White House. Trump is fighting against all this by himself. As such, White House Communications Director Mike Dubke resigned on May 30, and Reince Priebus, who served as Trump's chief of staff, was forced out. Sean Spicer resigned as White House press secretary due to this unrest in the administration. Then, Anthony Scaramucci only lasted 10 days as White House communications director due to an internal conflict

The U.S. administration looks highly unsettled and unbalanced. This is not only due to the administration itself, but also due to the intrigue set up by those against the administration. Therefore, I think that a distinction is necessary between criticizing Trump's policies and undermining the elected administration. I can definitely not agree with Trump's right-wing line, especially considering his discourse on Muslims, people of color and economic restrictions. On the other hand, the golden rule of democracy is to beat your opponent in elections. Some actions against this have been made in the U.S. U.S. bureaucracy tries to get rid of the elected president by means of various investigations and accusations with regard to the Middle East or Russia. An objection is needed at this point. If the U.S. wants to prove that it is not under the sway of bureaucracy, it needs to approach the developments by eluding Trump hate imperturbably.