The Khashoggi case and the G20 summit in Argentina 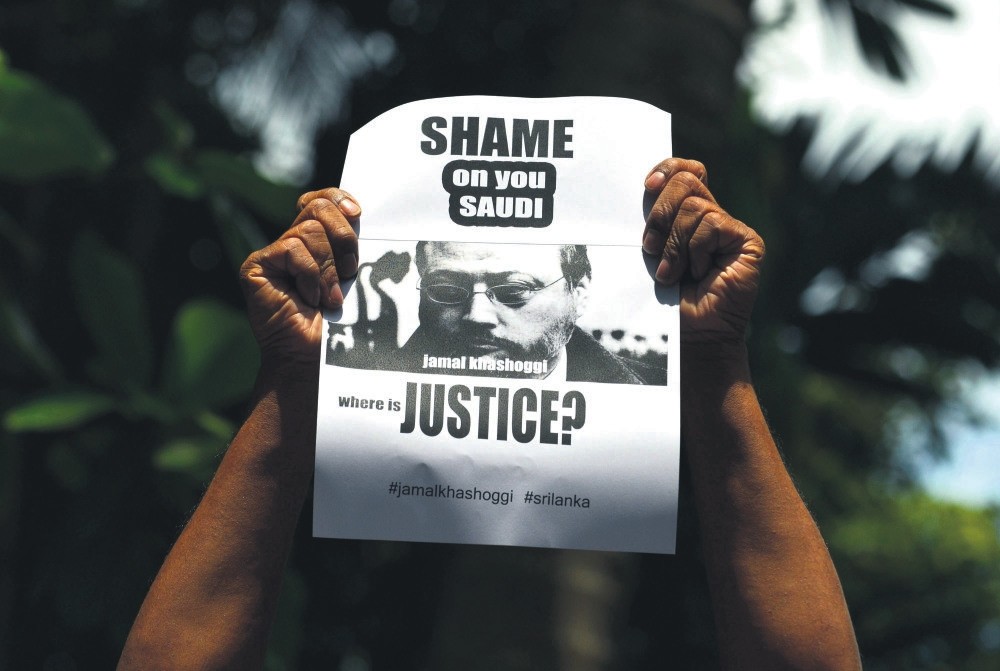 A man holds a poster with the image of Saudi journalist Jamal Khashoggi during a demonstration outside the Saudi Embassy in Colombo, Oct. 25.
by Nagehan Alçı Nov 29, 2018 12:00 am

Jamal Khashoggi's murder and disappearance have become one of the weirdest stories in recent history – full of power struggles, hypocrisies, fake news and deception. It has been almost two months since the journalist's death and his body is still missing.

On Monday a highly important development took place in Turkey regarding the Khashoggi case. Turkish police scoured the grounds of two adjoining villas in Yalova, a city close to Istanbul, where Jamal was killed in the Saudi Consulate. The forensic experts and officers searched the villas' garden and looked for any traces of the body underground. According to reports by the state-owned Anadolu Agency (AA), the villas belong to two Saudi businessmen, one of whom had contacts by phone with some of the 15-member Saudi assassination team. It is likely to be clear within a couple days if any evidence was found or not during the investigation.

In the meantime, Foreign Minister Mevlüt Çavusoğlu talked Monday with the German daily Suddeutsche Zeitung about the murder and the much-debated recording made of Jamal Khashoggi's final moments.

"I listened to it. He was killed within seven minutes. It was a deliberate murder… It is heard how the forensic expert gave the instruction for the killing. He is heard saying that the others should listen to music while he is dismembering the body. It can be understood the he enjoys doing it. It is gross," said Çavuşoğlu.

Both the recording and the reaction of the Saudi royal family provides an insight that there is a power struggle within the royal family behind the brutal murder of Khashoggi.

David Ignatius from The Washington Post links this death to the paranoia of Saudi Crown Prince Mohammed bin Salman (MBS) and recalls the developments back in 2015 by connecting them with the murder.

On Tuesday Ignatius wrote in his column: "The opening scenes of this family feud took place in January 2015 in a VIP hospital suite in Riyadh, as King Abdullah lay on his deathbed. According to a Saudi who was at the hospital at the time, Abdullah's sons and courtiers briefly delayed informing his successor, King Salman, that the monarch had passed – perhaps hoping to control the court's stash of money and sustain powerful positions for Abdullah's wing of the family."

It is safe to say that the would-be atmosphere made MBS aggressive and paranoid in time. I believe that this lead him to believe that anyone whom he considered as an enemy has to be eliminated.

Khashoggi fit this description perfectly, as he was a sharp critic of the crown prince. His provocative journalism and his ties to Turkey and Qatar must have offended MBS, so he issued a "bring him back" order last July. Most probably, this order later turned out to change from "bring him back" to "eliminate him."

But as much as the hints are clear, the world seems to be closing their eyes to the facts of the murder. If Turkey wouldn't have insisted, the file could have been closed by now. This week is important since there is a G20 meeting in Argentina and the Saudi crown prince will be present. We will see if there is going to be an international investigation as Ankara has requested.