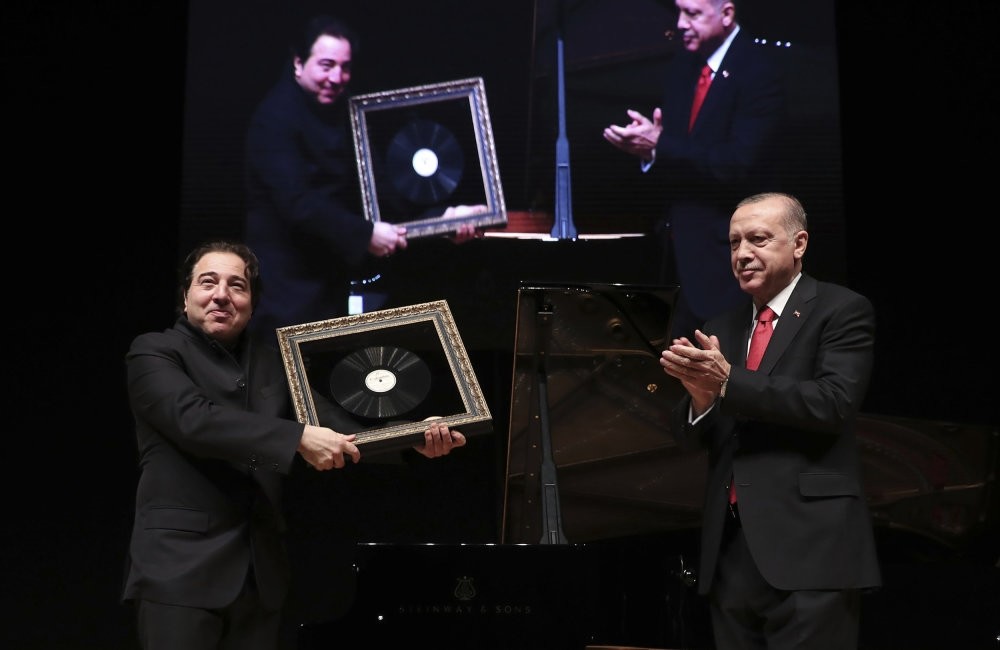 President Erdoğan's attendance at the concert of a political opponent, world-renowned pianist Fazıl Say, proves that Turkish society is far less polarized than is sometimes claimed

Sometimes a small gesture or a short visit can make a much bigger difference than many political plans or agendas. This was felt in Turkey last Friday when President Recep Tayyip Erdoğan and first lady Emine Erdoğan attended the world famous Turkish pianist Fazıl Say's concert in Ankara. You must be saying: "What is the big deal? It is just a concert." However, in such a tense period in Turkey, Erdoğan's attendance at Say's concert has many meanings and messages.

It is often said that there is no dialogue between the ultra-secular segments and the conservative government in Turkey, and Erdoğan is usually blamed for this. The meeting of Erdoğan and his political opponent Say, on the contrary, seems to have changed the picture.

It should be reiterated that Erdoğan took the first step by calling Say to offer his condolences after Say lost his mother. During the phone conversation, Say invited the president to his concert. Erdoğan didn't forget the invitation and added the attendance to his schedule.

Erdoğan's appearance at his sharp opponent's concert in Ankara is more than meaningful for both sides. Erdoğan has sent the message that he is against polarization in Turkish society, a significant move since the opposition has accused him of polarizing the country with political maneuvers. By doing so, Erdoğan has also declared that he wants to build bridges between different segments of society. At the end of the concert, Erdoğan invited Say to perform in the Concert Hall of the Presidential Palace and said that it would be perfect if Say gives another big concert in Istanbul.

Say's messages were also very welcoming and inviting, giving me hope for a better future in my country. Four years ago when Say harshly opposed Erdoğan's government and even tweeted aggressively about his political base and a Turkish court prosecuted him, society used to seem more black and white. Besides for this, Gülenists were still strong in many official posts, the July 15 coup attempt was about to take place and the instability of the country might have escalated and have made the whole society more insecure. The effects of the post-Gezi Park riots were vital, and Erdoğan was a target. In such a tense atmosphere, it was very difficult to find grey zones in society.

It was a winner-takes-all game, and there was a risk that the winner could have been a nontransparent and illegal network that sought tutelage over the democratic powers. Now, this dark picture has changed. Erdoğan, with the support of the Turkish nation, has overthrown the illegal Gülenist network that infiltrated the Turkish army and state institutions in attempt to overthrow the government and start a civil war, and secured the victory of the elected. There are, of course, still problems concerning the rule of law and democratic rights, but the shadow of a possible coup has diminished.

I believe that despite all the existing problems, the dark side is now gone. I hope and think that there will be more dialogue between different segments of society in 2019 and the language of politics will soften after the local elections in March.