Is there peace in the near future for Syria? 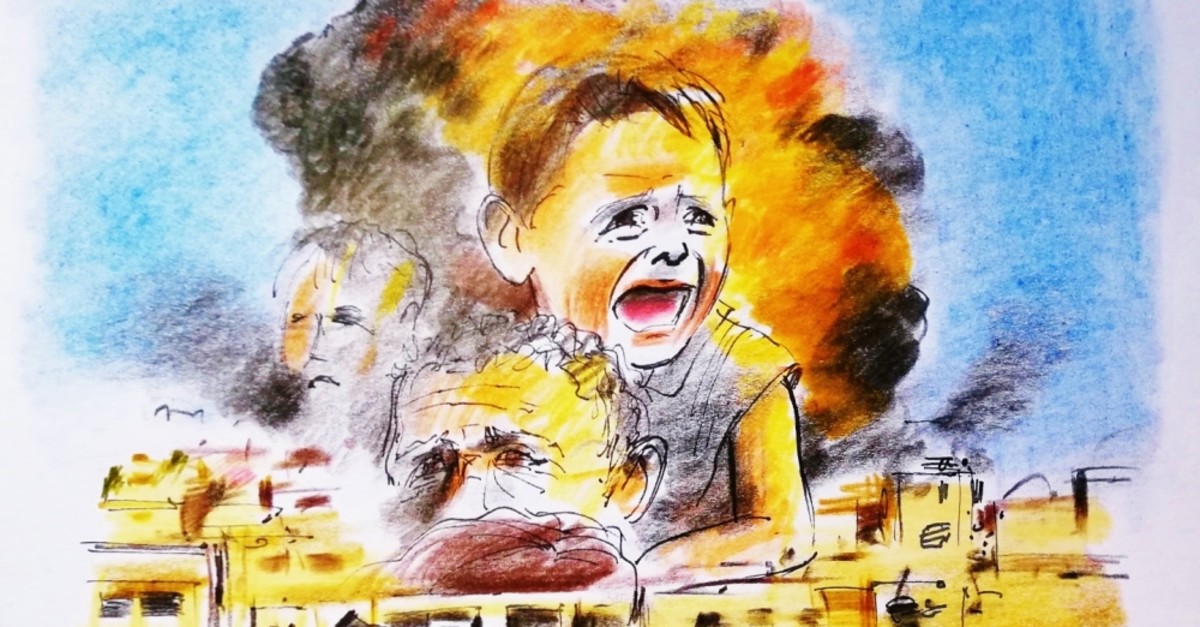 There is currently no dignity or peace on the horizon for the country, and it will take years, maybe decades, until Syria is stable once again

In his historic speech at the U.N. General Assembly last week in New York, President Recep Tayyip Erdoğan said: "An expanded safe zone in northern Syria could include as many as 3 million people and stretch for 50 miles, as far as Raqqa."

Turkey and the U.S. are working together to create a space free of PKK-linked People's Protection Units (YPG) and weapons, which would create a safe haven for millions of Arabs and Kurds.

For an ideal international effort, funds are expected to flow, and cities and villages must be built; however, the U.S. continues to procrastinate on the issue, which has created problems between the two allies.

So, what is the schedule? Will the process start tomorrow? Is there a magic curtain that will open or close in Syria from one day to the next? These are the questions I was trying to find the answers for, and here are the results after talking to many policy makers.

Turkey aims to create a safe zone for two very understandable reasons. First, it wants a guarantee against a possible PKK statelet on its border and wants to hinder a terror zone next to its soil.

Second, it wants to control and organize refugees in its territory. The number of the Syrian refugees in Turkey has neared 4 million, and a another million is expected as soon as the Bashar Assad regime intervenes in Idlib. It is impossible for Turkey to cope with these numbers; however, I should stress it is important to note we are talking about a long process. We can't expect the safe zone to be created tomorrow or the refugees to migrate there in masses right away.

Syria should transform, the constitutional process should finish and after that, we can talk about restructuring the new Syria. Of course, a safe zone can and should be created beforehand, but we can't expect that the Syrian problem will be solved in the short term.

Look at Iraq – the unfortunate model for Syria. It hasn't been able to recover since 2003. There are governments on paper, the political process seems to be complete, but Iraq is a disaster. The state is divided between Sunnis, Shiites and Kurds, but problems and unrest never end.

You probably are following the recent developments in Bagdad. Violence is peaking, there is a curfew and the situation is getting worse.

It is not difficult to guess that Syria will go through similar phases. So, there is no dignity or peace on the horizon for the country. It will take years, maybe decades, until Syria is a stable country.

It will probably be divided into three powers as in Iraq, including Sunni Arabs, Nusairies and Kurds. Sunnis will be backed by Turkey; however, I should note that Turkey is aiming for a harmonious coexistence between the three groups and is not favoring a Sunni state of Kurds backed by the U.S. and Nusairies backed by Iran and Russia.

It will be a land of power struggles. In this situation it is very important for Turkey to be one of the powers, but we should expect a slow transformation.