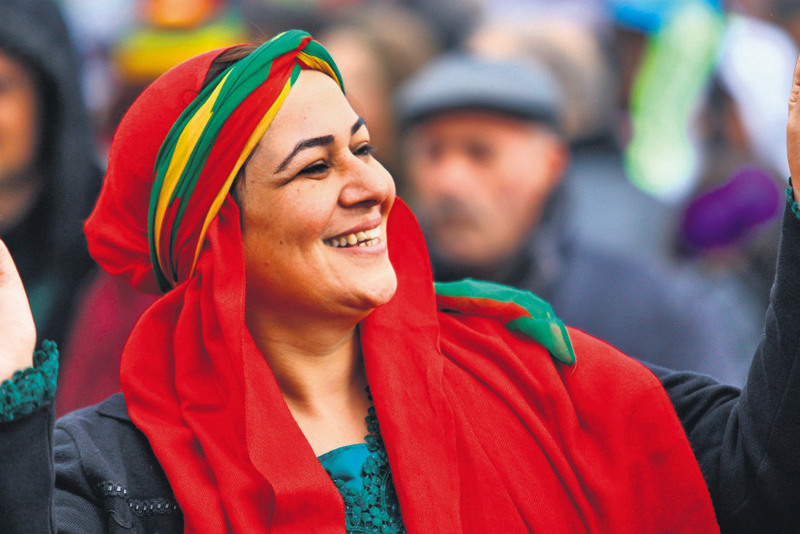 After the 10-article declaration that was announced to the public at Dolmabahçe Palace, everyone turned their eyes to Abdullah Öcalan's message, traditionally given during the March 21 Nevruz celebrations. Both the national and international media fixed their attention on the events organized in the province of Diyarbakır. Everyone was looking for a miracle. Apparently some people were disappointed, since this long-awaited miracle was not realized.

Some expected the message to be an order ending the armed conflict. Undoubtedly, it is hard to talk about peace when the outlawed PKK still has not laid down its arms. The legal, constitutional and institutional transformations, which are the most indispensable components of the reconciliation process and Turkey's democratization, are only possible in an environment where normalization takes place. A structure founded on steps that are taken in a tense and violent atmosphere will be determined by the conflict in itself rather than the needs of a normal life, which means only a short-term solution. Its chances of being accepted by society would be low.

This is a positive expectation. But Öcalan's previous statement on laying down arms suggested that the PKK administrators are negotiating on this matter and taking a decision. So the decision does not solely belong to Öcalan. In the PKK and its headquarters in Qandil, Öcalan is not seen as the only figure that has the initiative. It is known that different forces are in action there. Others, on the other hand, expected the realization of the reforms and changes demanded by the Kurdish political movement along with the messages.

These were not very realistic expectations, either, because numerous legal steps have been taken so far. Significant steps have been taken on the matter of sociological minorities as far as was allowed by the current constitutional order, which was formed after the 1980 military coup. Nearly all the demands of the Kurdish political movement during the 1990s have been met during the Justice and Development Party (AK Party) government.

However, the demands have changed over time. This change is not only about the change the Kurdish political movement has gone through; the Turkish public has also changed. Furthermore, all the factors making up the Turkish public have changed. Based on that, a strong incompatibility emerged between society and the system. Society does not only demand the rights that were suppressed or ignored by the militarist constitutional order. It also demands participation in the system, which means participation in all political decisions encompassing both local and central decisions. Each individual is turning into a political subject from being a passive object of the system. For this reason, the system must be participatory. All the diverse social groups want to see themselves in the system. This must be realized in the legislative organ, public administration and, especially, in the judiciary.

Therefore, building a new constitutional order is essential. And it is not likely to be realized soon. At least on the eve of the June 7 general elections, such an initiative cannot be expected from any political party. Due to the elections, the parliament is to take a break on April 7. So, technically, such a step is not possible. In this case, it is possible to interpret the expectation of a miracle differently. The expectations of society can be read as the expression of the importance they attach to the resolution process. It is evident that silencing their guns over the last two years has brought about a lot of good. Kurds see the benefits of the process and support it to a great extent. Civil political actors see that the successful finalization of the reconciliation process will contribute to Turkey's development and democratization. They are aware of the fact that national capital investment opportunities will also grow, thanks to the process. Of course, such great expectations might lead to impatience. Therefore we can argue that there are many reasons to be optimistic about the process.

Osman Can is a Law Professor and Reporting Judge at the Turkish Constitutional Court. He holds a PhD from the University of Cologne, Germany.
Last Update: Mar 25, 2015 2:15 am
RELATED TOPICS