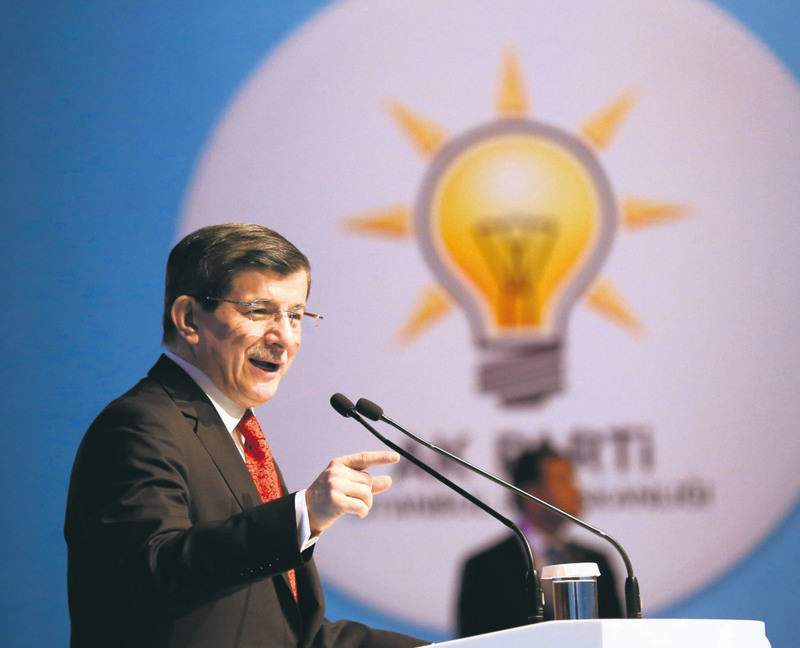 The AK Party's electoral declaration is based on a more democratic paradigm compared to any from the former periods. This visionary resolution demonstrates that more profound and structural discussions will be held following the legislative year

After the Justice and Development Party's (AK Party) 13 years of rule, a spotlight has been shone on the AK Party's electoral declaration. The AK Party government has determined a critical turning point in Turkey. The back-breaking effects of this 13-year rule are, of course, undeniable. What the party will say and what kind of a political program it will present, despite this negative effect, has been the subject of much thought and debate. And since there is no other viable alternative to the AK Party in Turkey, what the AK Party states in its declaration has even more importance.

The AK Party's declaration is also arousing curiosity for other reasons. When the party came to power in 2002, the country was suffering from a severe economic crisis. It obtained EU candidate status, but none of the political parties were sufficient in terms of EU standards in ideological, cultural, intellectual and institutional criteria. The democratic demands that were suppressed by the Unionist-Kemalist sovereignty with state power for 100 years, stood out and reinforced the instability of the political structure by creating a legitimacy crisis. The AK Party came to power by winning social consent in such an unstable atmosphere. The party reformed the economic conditions; it tripled the per capita income. It expanded the economy. It abolished the oppressions imposed on different identities, languages, cultures and beliefs. Constitutional and legal reforms were also conducted in this process. The institutions reflecting the influences of militarism were turned into non-military entities. International conventions on human rights were incorporated into domestic law. The effect of the European Court of Human Rights' decisions on domestic law was reinforced. Numerous laws that were enacted during coup periods were amended. All the diverse aspects of society found an opportunity to realize themselves in the social and cultural spheres.

But a change in the constitutional order was needed for further progress, since a system that produced those 100 years of problems was never able to resolve them. During the AK Party's 13 years of rule, the barriers before social and individual rights and liberties were eliminated, and economic welfare increased. All these developments also raised political participation and other democratic demands in society.

This indicates that in order to realize both its political programs and social promises, the AK Party is under pressure in regards to answering social improvements that its own policies introduced over the course of its 13 years of rule. Consequently, the AK Party has to answer questions such as "what is next?", while working for the upcoming June 7 general elections. Besides, it will be another four years until the next election in 2019, so the following four years will be years of great activity. There is no way out.

These facts are among the most significant motives that help the AK Party form its electoral declaration. The AK Party announced its 2023 convention along with the declaration. It made a call for a pluralist and participatory constitutional order that centers upon human dignity. It stands out as a presidential system and a government model equipped with democratic balance and control mechanisms. Some aspects that stand out in the declared constitutional system are as follows:

An "arbitrator" judicial system that represents all social diversities, based on people's contentment with the justice services and which enables democratic legitimacy; a rationalized legislative power that optimally represents social diversities enabled by the election system, draws the normative framework of executive power, and supervises this executive power; an executive power that is able to take effectual, functional, quick and rational decisions; and, Local administrations that are supported, in line with the European Charter of Local Self Government.

The AK Party's electoral declaration is based on a more democratic paradigm compared to any from the former periods. This visionary resolution demonstrates that more profound and structural discussions will be held following the legislative year.

Osman Can is a Law Professor and Reporting Judge at the Turkish Constitutional Court. He holds a PhD from the University of Cologne, Germany.
RELATED TOPICS