What is next for the U.S. in Syria? No one really knows 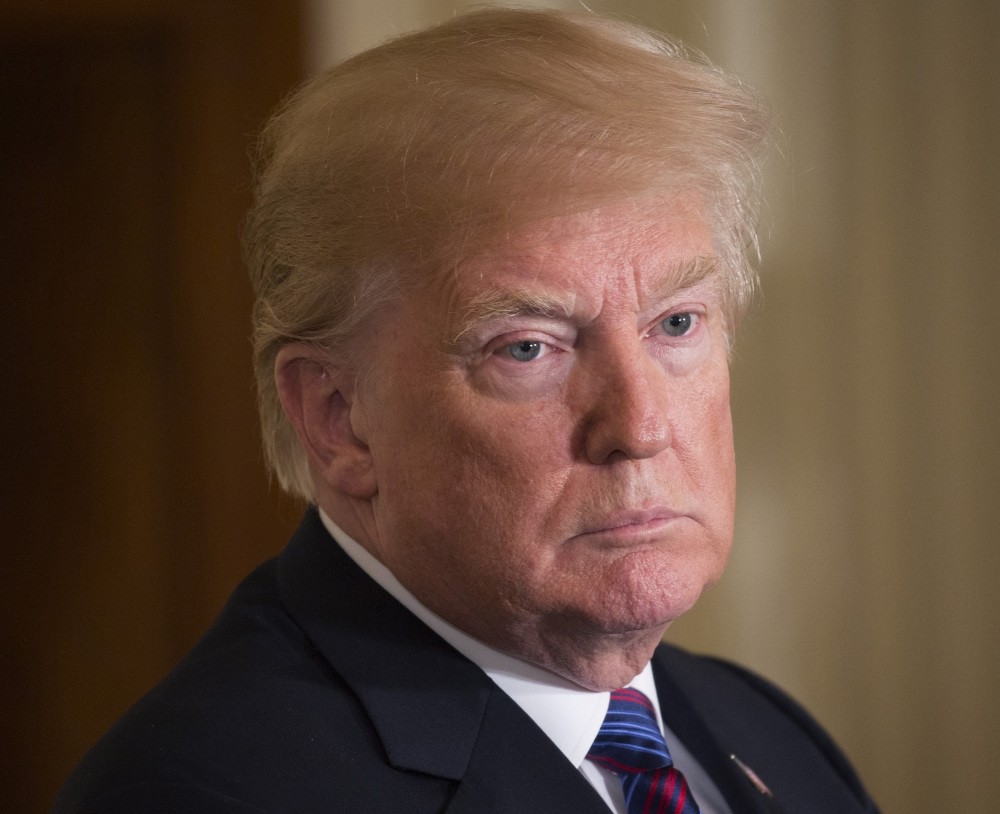 On Tuesday, U.S. President Donald Trump said that he wanted U.S. troops to be pulled out of Syria, contradicting CENTCOM General's remarks on the issue.
by Ragıp Soylu Apr 05, 2018 12:00 am

In the highly muddled atmosphere of the Trump administration with the changing of high-profile officials, the country's bureaucracy has now turned into a military-civil divergence

There is constant speculation in Washington about the prospects of U.S. President Donald Trump's new national security team, and specifically what they are planning to do in the Middle East. Reporters are lining up to call experts, former officials or current officials to decipher the Trump strategy in the region. Everyone knows that these attempts get nothing in return, as the Washington establishment is clueless about the future. As one expert close to the administration aptly said: "Anyone who claims to know what [the Trump administration] is going to do in the region, you must know that she or he is lying." A Western official agreed.

"I cannot even establish a working relationship with my counterparts since they change very frequently. And you don't know which one is telling you their own opinion or the official one, if there is one," the official said, frustrated.

Every couple of month, Trump ousts senior administration officials, secretaries, national security advisors or White House aides. There are endless reports of upcoming dismissals, rumors about the president's thinking about secretaries. U.S. bureaucracy is in chaos as the U.S. State Department is in ruins with the absence of senior officials.

On Tuesday, Trump doubled down on withdrawing the US military from Syria, by declaring that the fight against Daesh is almost finished. A couple of miles down at the White House, his senior aides such as U.S. Central Command (CENTCOM) Commander Gen. Joseph Votel and the special envoy for the global coalition to counter Daesh, Brett McGurk, contradicted the president and said the fight is still ongoing, underlying the importance of an "enduring defeat of Daesh," a term to insinuate the need for a long-term U.S. military presence in northeast Syria.

As Trump talks about pulling troops from the country, CENTCOM is planning to double the number of U.S. personnel on the ground. Turkish news reports say the U.S. military established ad-hoc bases in Manbij and is signaling to Turkey that they will not leave.

CENTCOM and the U.S. Special Forces Command also run their own PR show. First they invited major U.S. media organizations to Manbij last February to send a message to Ankara."You hit us, we will respond aggressively. We will defend ourselves," Lt. Gen. Paul Funk said. For some US officials, this was an idiotic move since it did not deflate, but only increased tensions between Ankara and Washington.

Last week, U.S. military officials criticized Trump through NBC News. The report said that there was a profound sense of frustration, bordering on anger, among U.S. special forces leaders. "Multiple military officials expressed frustration that they relay their concerns in memos, but find the White House unfocused or not fully aware of the nuances of the war on ISIS in Syria," the report said, using another acronym for Daesh.

Then media in the U.S. revealed that Trump froze a $200 million worth of a stabilization fund committed by his former Secretary of State Rex Tillerson, after learning of it from a news report.

Now the picture seems like there are national security advisors, secretaries of state and other senior officials who are frequently fired or changed, and the national security bureaucracy cannot really deliver anything at all. The sense in Ankara is that there are different versions of the U.S. government in place that employ different Syria strategies.

While Trump contemplates extreme changes in U.S. policy in Syria, U.S. military leaders, in an attempt to consolidate their gains, are designing the future with the authority Trump granted them himself last year.

Trump will need to pull the strings of the military and civilian bureaucracy, which increasingly appears to be conducting its own policies in their narrowly defined mandate.

On the other hand, Turkish officials are happy that Trump and President Recep Tayyip Erdoğan have been exchanging more notes in the last couple of weeks. One Turkish official's analysis on Trump and his administration summarizes the situation well: "It is like a mixed soup"

Asked about whether the working group on Manbij would be in place in the near future, a senior Turkish official was optimistic, yet he said he does not really know.

"I don't really think the U.S. will pull its forces out of Syria. But the talks are still ongoing and positive. It's not possible to say we are close or far from a bilateral deal, especially with this fractured administration. But I think eventually they will come to a conclusion with us," one Turkish official said.