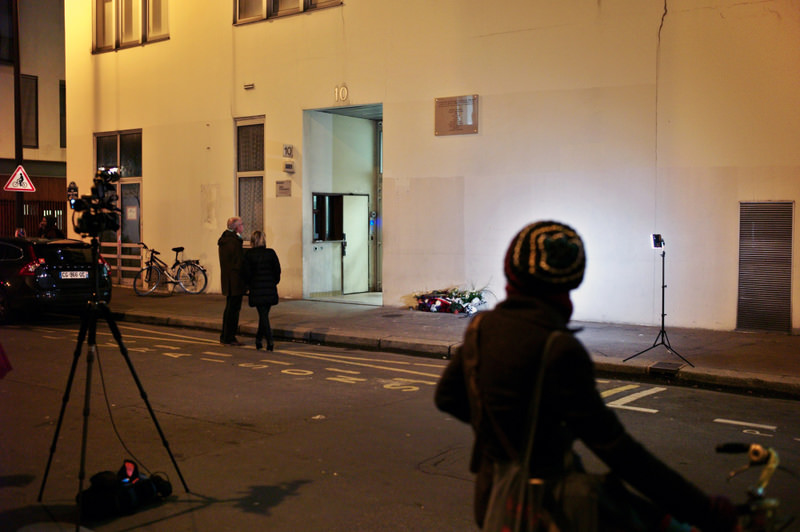 Charlie Hebdo has proven that ‘humanity' is not part of its vocabulary with the cartoon on what would have happened if Aylan Kurdi, the 3-year-old whose lifeless body washed ashore on the coast of the Aegean Sea last year and has become a symbol for the refugee crisis, had lived, depicting a grown-up Aylan as a man running after women committing sexual assault

French journal Charlie Hebdo took one further step down along its psychotic cartooning path last week by depicting Aylan Kurdi, whose dead body on the Turkish Aegean shore has become a symbol for the refugee crisis, as a young man who would have sexually harassed women if he had not died.

Referencing the events in Cologne during New Year's Eve celebrations in which women were subject to mass sexual assaults, Charlie Hebdo played into prejudice in European societies about Middle Eastern refugees.

No matter that sexual assault cases, including various pedophilic acts, have been committed by a wide range of Westerners from priests to teachers and even high-level statesmen, the European press accused only racial others. Here the other refers to those who are not a part of "white, European integrity."

Surely, there is a pure white European identity. Perhaps Nazism is still alive within European society, which is formed of a white, European identity that includes Christianity, economic well-being and a hatred for the darker skinned.

Charlie Hebdo published a cartoon predicting what Kurdi would have become if he had not died, running after women committing sexual assault.

The main message of the cartoon was in fact the above-mentioned simple sentence. Fortunately, Aylan is dead.

Defenders of the cartoon, who can also be found within Turkish francophone circles, argue that the caricature aims to reflect the prejudices in French society, referring to the page of the magazine where the cartoon was published.

It is clear that prejudice in the Western media for immigrants and Muslims is much more than prejudgment.

He drew various women with headscarves preparing clothes for terrorists in a textile workshop in an attempt to give a subliminal message regarding Muslim women.

Plantu is a cartoonist who knows Turkish people, Muslims and immigrants very well, but dared to reflect his prejudice in his cartoon.

Another story reported from Germany has details of racism and discrimination.

Male refugees were banned from swimming pools in the German town of Bornheim, according to news reports from Cologne.

The measure was taken to prevent sexual harassment and assault.

Reminiscent of the racism and discrimination against black Americans in the United States in the previous century that banned black people from using the same doors as white people.

Will they take gold teeth, as well?

Denmark and Switzerland did not lose the opportunity to fulfill the Europe "anti-Aylan criteria."

According to Swiss broadcaster Swiss Radio and Television (SRF), refugees arriving in Switzerland will have to turn over to the state any assets worth more than 1,000 Swiss francs ($998).

The same report made reference to an information sheet for refugees which says: "If you have property worth more than 1,000 Swiss francs when you arrive at a reception center, you are required to give up these financial assets in return for a receipt."

According to the Swiss State Secretariat for Migration (SEM), quoted by The Guardian, the rule affected just 112 out of 45,000 refugees last year. "If someone leaves voluntarily within seven months this person can get the money back and take it with them. Otherwise the money covers costs which they generate," an SEM spokesman was quoted as saying in the story.

Switzerland's policy for migrants seems to be a sort of sword of Damocles or a state-run mechanism of exaction.

Denmark, another champion of human rights and democracy, is about to prepare a similar measure.

The center-right Danish government is planning to present a proposal to parliament to be approved later this month, according to news reports.

The plan is to force asylum seekers to hand over any valuables worth more than $1,500 to help cover their housing and food costs while their cases are being processed.

A report from Copenhagen included an interesting question from a Syrian, who asked whether the Danish government would take gold teeth, perhaps in reference to the extraction of gold teeth from Jews sent to Nazi death camps.

European states, in a discrimination race, have accused Turkey of acting too slowly to tackle the refugee crisis.

This is not the fault of Charlie Hebdo alone. It is the obvious sign of a well-prepared European policy of discrimination and ignorance for asylum seekers and for the other in general.

The word humanitarian is apparently has been erased from European dictionaries, as small dead bodies of migrant children are made the subject of disgusting humor of white European identity.

We should be able to say, "Nous sommes tous Aylan, nous sommes tous immigres! We are all Aylan, we are all migrants!" as Western values and Western civilization sink in the deep waters of humanity.