Islamophobia or enmity toward Islam itself? 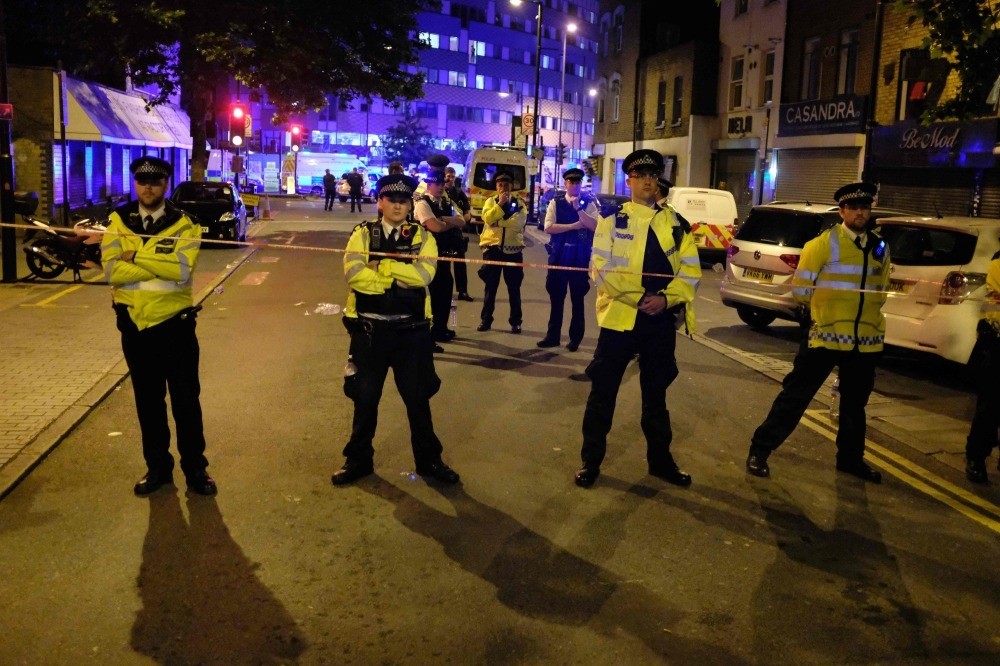 Police cordone off a street in the Finsbury Park area of north London after an attacker drove his van into a group of worshipers at the Muslim Welfare House on Seven Sisters Road, June 19.
by Saadet Oruç Jun 22, 2017 12:00 am

The sentence, "In addition, Switzerland stated that the PKK were maybe running a number of ideological training camps for its youth in remote pre-Alpine areas during the second half of 2016," was on the 39th page of the Europol report "European Union Terrorism Situation and Trend Report 2017."

In clear words, Switzerland admits to the presence of a number of PKK camps in the country.

As we are talking about an armed terrorist group, perhaps we can presume that weapons training is being carried out at these camps. If this is not the case and the political branches of the terrorist organization, which are perceived as a peace-loving association, are organizing these ideological training camps, they could have chosen another place for organizing such meetings. If a remote pre-Alpine area is chosen, we could perhaps presume the presence of arms at such training inspired by the PKK's Qandil Mountain.

The PKK part was included in the "Ethno-nationalist separatism" part of the report.

Summarizing the attacks on the 28-member bloc, Europol tried to set forth a clear picture regarding the threat of terrorism threat against the EU.

Despite the fact that the report contained a section outlining the situation in Turkey, there was no reference to the July 15 coup attempt, the biggest terrorist attack, which was staged by the Gülenist Terror Group (FETÖ). Additionally, Europol did not make a single mention of FETÖ.

The terrorism report of the EU's top security body concentrated on Daesh terrorism, but fell into the trap of the terrorist group itself, as it used the word terrorism together with some Islamic concepts such as 'jihad'.

The report should have drawn a clear line between terrorism and Islamic terminology.

However, as we have seen a series of attacks on Muslims, such as the one on worshippers leaving the Finsbury Park Mosque, a dangerous attitude from the Western media and decision makers is obvious.

Emphasizing the point that the mosque was known to be a gathering place for "radicalized Muslims," Western media reports, to an extent, tried to excuse the hate crime on Muslims.

As understood following the general framework of the Europol report and the media attitude towards hate crimes aimed at Muslims caused by enmity with Islam, there is a clear enmity toward Muslims in Western societies.

So, let us leave aside the term Islamophobia and try to use the concept of enmity toward Islam, since the developments against Muslims cannot be explained as a phobia, but it can be understood as the existence of enmity.