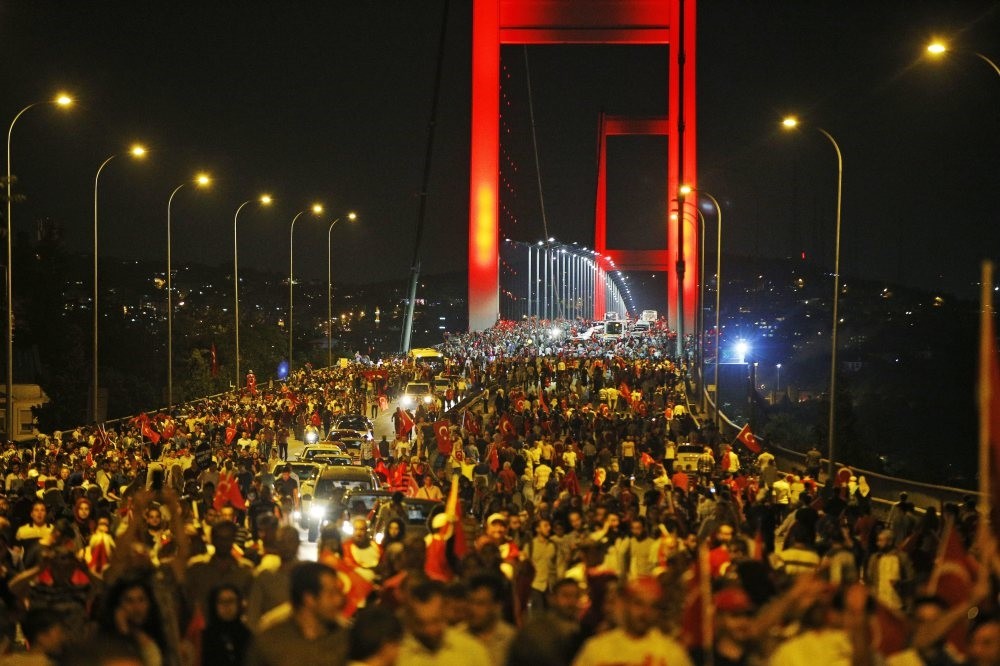 The resistance of the Turkish people against the Gülenist Terror Group's (FETÖ) coup attempt on July 15 enhanced the global standards of democracy with their clear reaction against military rule. In world history, I cannot recall a single example for such a civilian reaction against the possibility of a military coup, as there is also no single example of such an attack on a country.

Of course, there are different examples of military coups against governments in different parts of the world, but for the first time in history, the parliament of a country was bombed by warplanes of its own military, who were indeed the secretive members of FETÖ, as assassination teams mobilized secretly to kill the president and snipers targeted civilians. The millions of people who flocked to the streets following the call from President Recep Tayyip Erdoğan for resistance against the coup attempt managed to stop the putsch. Millions of people showed great bravery and overcame the very natural fear of a human being while resisting armored military vehicles that were killing civilians at random.

Police in the country were targeted by the military of their own state, which brought real trauma to the nation in terms of security. The headquarters of the special police and the Ankara Police Department were bombed by F-16s, while ordinary people in their houses were experiencing a night of nightmares. "Dad, if I turn my head on my pillow, will warplanes find my whereabouts again?" was the question of a three-year-old child in the capital Ankara in the midst of the F-16 attacks. Putschists attacked everything with a national and local identity.

One should not assume that the involvement of some military personnel in the coup attempt means that the military was the real player on the night of the coup attempt. To the contrary, the role of the FETÖ network and its international partners should absolutely be emphasized if one wants to understand and explain the coup attempt. Additionally, the reaction, or the silence, of Western states concerning the coup attempt also rightfully marked serious dissatisfaction among Turkish society. Turkish people simply wanted to hear that their Western friends were not disappointed when the coup failed. Moreover, Turkey's Western allies have sheltered FETÖ members involved in the deadly coup attempt, which was more shocking news for Turkish people. On that night of July 15, Turkish people heroically resisted the coup and gave a lesson to the whole world, enhancing the standards of world democracy.

However, its Western allies went too far and used the term "crackdown" and "purge" for Turkey's fight against the Gülenist terrorists who were responsible for the coup attempt. What is being done is that the Turkish state, with the support of its people, is maintaining the fight against FETÖ terrorism, yet Western states use the above-mentioned terminology for the FETÖ cases, which is again very unfortunate and unreal. Let us hope that the importance of the brave resistance given by the Turkish state and people against the coup attempt on July 15 is comprehended by Westerners for the sake of world democracy.