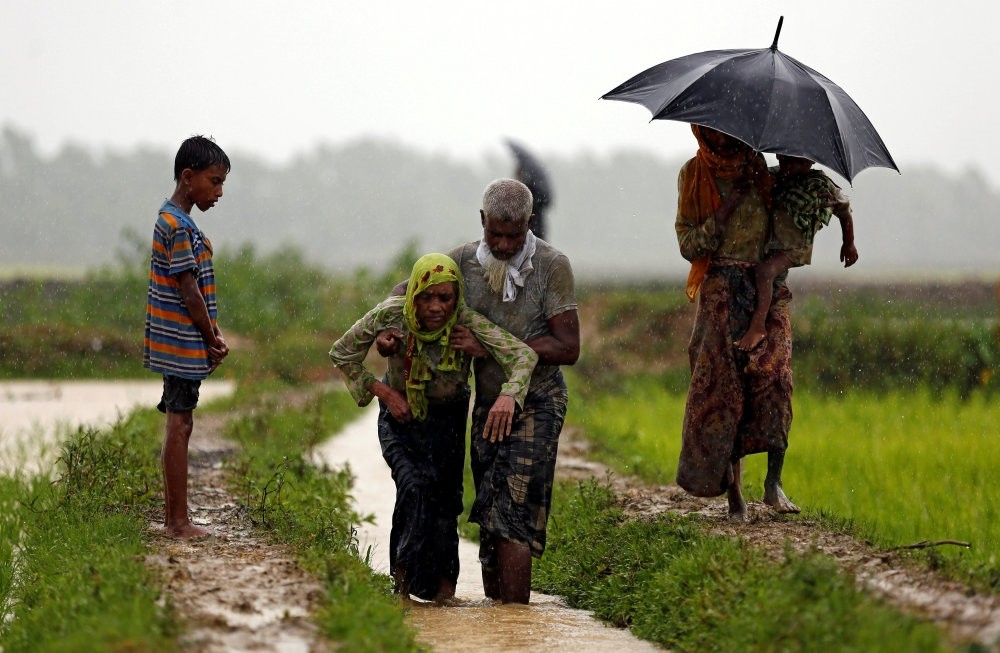 Turkey, which has gained extensive experience in humanitarian assistance with its policy toward Syrian refugees, will share its 'savoir-faire' regarding Rohingya Muslims

While this column was being written, Turkey's first lady Emine Erdoğan was preparing to leave for Bangladesh to meet with Rohingya Muslims fleeing from Arakan to express the Turkish people's awareness and support for the Rohingya Muslims who face serious oppression committed by Myanmar security forces and Buddhist gangs.

Thousands of civilians were killed and tens of thousands had to leave their homes as a result of the brutal oppression by Myanmar.

Rohingya Muslims, who have their roots in Myanmar, are now subject to the worst crime against humanity committed by Myanmar. The events going on in Arakan can only be described as ethnic cleansing. All of this while Aung San Suu Kyi, the leader of Myanmar who was awarded the Sakharov Prize by the European Parliament and the Nobel Peace Prize, keeps her silence and continues supporting the atrocities conducted by the security forces of her country.

Turkey, which has gained extensive experience in humanitarian assistance with its policy toward Syrian refugees, will share its "savoir-faire" regarding Rohingya Muslims.

A refugee camp is planned to be built at Cox's Bazar, where the Rohingya Muslims, principally, fled to find shelter.Approximately, 30,000 people will be provided humanitarian assistance in the first step. Two ambulances will also be made available by TIKA for Rohingya Muslims.

Now the United Nations agencies have been asked to leave Arakan, TIKA is the only institution permitted by Myanmar to function, as a result of the diplomatic efforts made by President Recep Tayyip Erdoğan.

Kerem Kınık, the head of the Turkish Red Crescent, was in Geneva to attend a meeting for the International Committee of the Red Cross and Red Crescents and had talks with his Chinese and Bangladeshi counterparts to facilitate the humanitarian efforts for Rohingya Muslims.

Serdar Çam, the head of TIKA, chaired the humanitarian operation to provide 1,000 tons of assistance to the Arakan region, while the newly appointed head of AFAD Mehmet Güllüoğlu was getting prepared to share his institutions' experience to form refugee camps, gained in the case of Syrian refugees, this time for Rohingya Muslims.

Due to the lack of an international prevention system, which needed to be presented by the United Nations, Turkey's humanitarian diplomacy and its awareness for the suffering in its sister regions is setting an example for the rest of the World.

Currently 18 of the ongoing 40 wars and conflicts are taking place in Muslim areas, while the lack of a proper system to end unjust oppression has given a green light to crimes against humanity.

Perhaps, the ongoing crisis in Arakan will be an opportunity to understand the importance and urgency of President Erdoğan's warnings to the international community for reform in the United Nations' system.