From NYC to Charlie Hebdo, why is Islam the target? 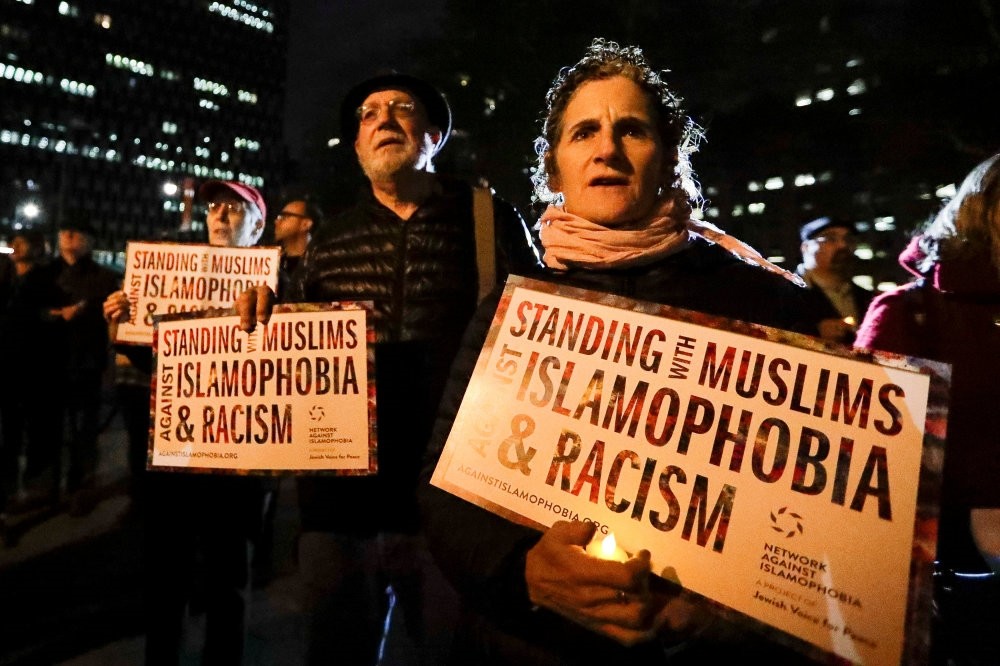 People gather for a candlelight vigil for the victims of the pickup truck attack at Foley Square, New York City, Nov. 1.
by Saadet Oruç
Nov 03, 2017 12:00 am

No matter a terrorist attack or an allegation against an individual, any link with Islam is somehow used by U.S. media to portray Islam as a religion of violence

Tuesday's terrorist attack in New York City coincided with news reports that revealed a U.S. Department of Defense paper about the cost of the U.S. war on global terrorism.

According to the reports, since the 9/11 attacks the United States has spent $250 million a day while the total expenditure stands at around $1.4 trillion. Yet, the U.S. still seems to be far from preventing terrorism even on its own soil.

A U.S.-resident of Uzbek origin drove a pickup truck into a crowd in New York City on Tuesday, mercilessly killing eight and wounding a dozen innocent people. Minutes after the attack, the terrorist was shot by police before being arrested. This incident came just a month after a mass shooting in Las Vegas, which the motivation behind still remains unanswered.

Soon after the attack, serious manipulation against Muslims, immigrants and different identities started appearing in U.S. media. Without any proof, a reference was made to the attacker's so-called Muslim origin. Right after, U.S. President Donald Trump questioned the U.S. green card delivery system and called for the attacker to get the death penalty.

While the Las Vegas attack, which was carried out by a white American man, still waits to be fully explained, a seal was quickly put on the attack in New York City. If you have a Muslim immigrant, a link can easily be discovered between the religion and the act of terrorism, an approach that has become a serious threat to the welfare of Western societies.

In another part of the world, a Muslim intellectual, Tariq Ramadan, currently faced serious allegations of sexual harassment in the midst of similar accusations against some Hollywood figures and even politicians in Europe.

Ramadan, who is the grandson of Hassan al-Banna – the founder of the Muslim Brothers in Egypt, is seen to be a subject of a smear campaign because of his political and religious identity. However, he is capable enough to defend himself and so I would like to underline – without any intention of discussing the facts behind the allegations against Ramadan – the anti-Islam position taken by certain Western intellectuals and policymakers.

No matter a terrorist attack or an allegation against an individual, any link with Islam is used to plant the seeds of enmity against Islam in Western societies.

The above issues need to be tackled and answered by Western decision makers. If measures are not taken in social and education studies or in policy changes, the price of these seeds will be very expensive for Muslims as well as Western societies. The warning bells have been ringing for decades.