Even if you did not violate US sanctions on Iran 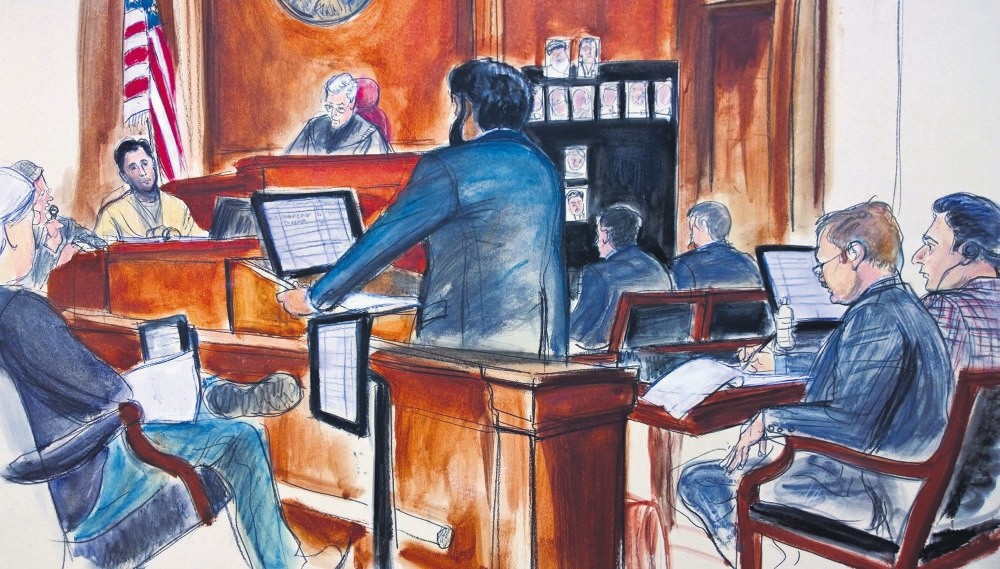 Accusations of violating sanctions on Iran is a method used by the U.S. to penalize a country that it dislikes and it has previously done so many times to European countries, and now is doing this to Turkey through the Zarrab case

Since 2009, the U.S. justice system is enhancing procedures to penalize international banking system concerning cases they consider to be violation of U.S. sanctions on Iran.The ongoing case in New York, known as the Atilla case, refers to the deputy general manager of Halkbank, Mehmet Hakan Atilla, who is being prosecuted due to alleged violations of U.S. sanctions on Iran. This case is seen to be the last in a chain of a self-imposed judicial penalization system.On the other hand, Reza Zarrab, an Iranian-Turkish businessman, is forced to cooperate with U.S. prosecutors in an aim to organize an operation against President Recep Tayyip Erdoğan and Turkish, which can also be considered a follow-up story of the Dec. 17 and Dec. 25, 2013 judicial coup attempts.

Zarrab's trial has tried to be turned into an atmosphere that would target the jury in the courtroom by Gülenist Terror Group (FETÖ) members. One of the pro-FETÖ reporters who shared her observations from the courtroom on a YouTube channel, described a series of laughter from those watching the case in the courtroom just like special effects in a movie.

"As Zarrab was giving his testimony, the audience laughed repeatedly," she reported. This was just an attempt to affect the psychology of the jury members by FETÖ cult members, who filled the courtroom.

The U.S. justice system has penalized many European banks as well since 2009 due to their financial operations with Iran. According to news reports dating back to 2014, BNP Paribas of France was the bank that was hit the most by the U.S. court decision. BNP Paribas was given a $9 billion fine in 2014 because of its operations with Iran. HSBC, Credit Agricole and Deutsche Bank were also among the banks that were penalized because of U.S. judicial decisions. It was not only U.S. policy on Iran, but also its sanctions on Syria, Sudan, Cuba and Myanmar, that penalized European banks. The volume of the amendments for European banks decided in U.S. cases was around $15 billion.

The eternal lord, the landlord of Washington, wanted the European system to act in accordance with its priorities during previous U.S. administrations.

And in case of actions, which was not asked to be approved by the United States, the U.S. system acted just like a war treasury organization and decided on billions of amendments for third sovereign, independent states.

Singapore and China were also among the countries penalized by the U.S. system. Chinese bank ZTE was sentenced to pay $1.2 billion because of its violation of U.S. trade sanctions on Iran and North Korea.

In the aftermath of all those imperialist taxation system actions, the U.S. and Iran took steps to soften the situation.The year 2015 marked an important step by Iran and six world powers – the U.S., U.K., Russia, France, China, and Germany – for the sanctions and Iran's nuclear program during President Barack Obama, who, at the same time, was busy punishing international financial bodies for violating its self-posed sanctions on Iran.

Now, we are in the President Donald Trump era, and the withdrawal of Washington from the 2015 nuclear deal is being discussed. However, still self-imposed U.S. policy on Iran continues to draw the framework of global policy on Iran.

The prestige of Turkey is also being attacked in the courtroom, as a successive step in the Dec. 17 and Dec. 25 judicial coup attempt and the July 15 failed coup for various versions of a coup against a nation.

The picture is very clear.

Turkey will not stop its policies in accordance with its own interests and will continue to give priority to its vision, but not within the framework of the interests and goals of third players, without any contradiction with its long-term alliances, as well.

And it should be noted here that the partial U.S. shelter for the coup plotters of July 15 as well as the players of the Dec. 17 and Dec. 25 attempts is more visible during the trial.

Intellectuals, politicians and journalists following the Zarrab case in a "strange excitement" should take lessons from their colleagues in the abovementioned countries penalized by the same system.

Did anyone in France dream of the toppling then President François Hollande because of the U.S. court decision on BNP Paribas?