UN fails to be voice of the oppressed in Jerusalem 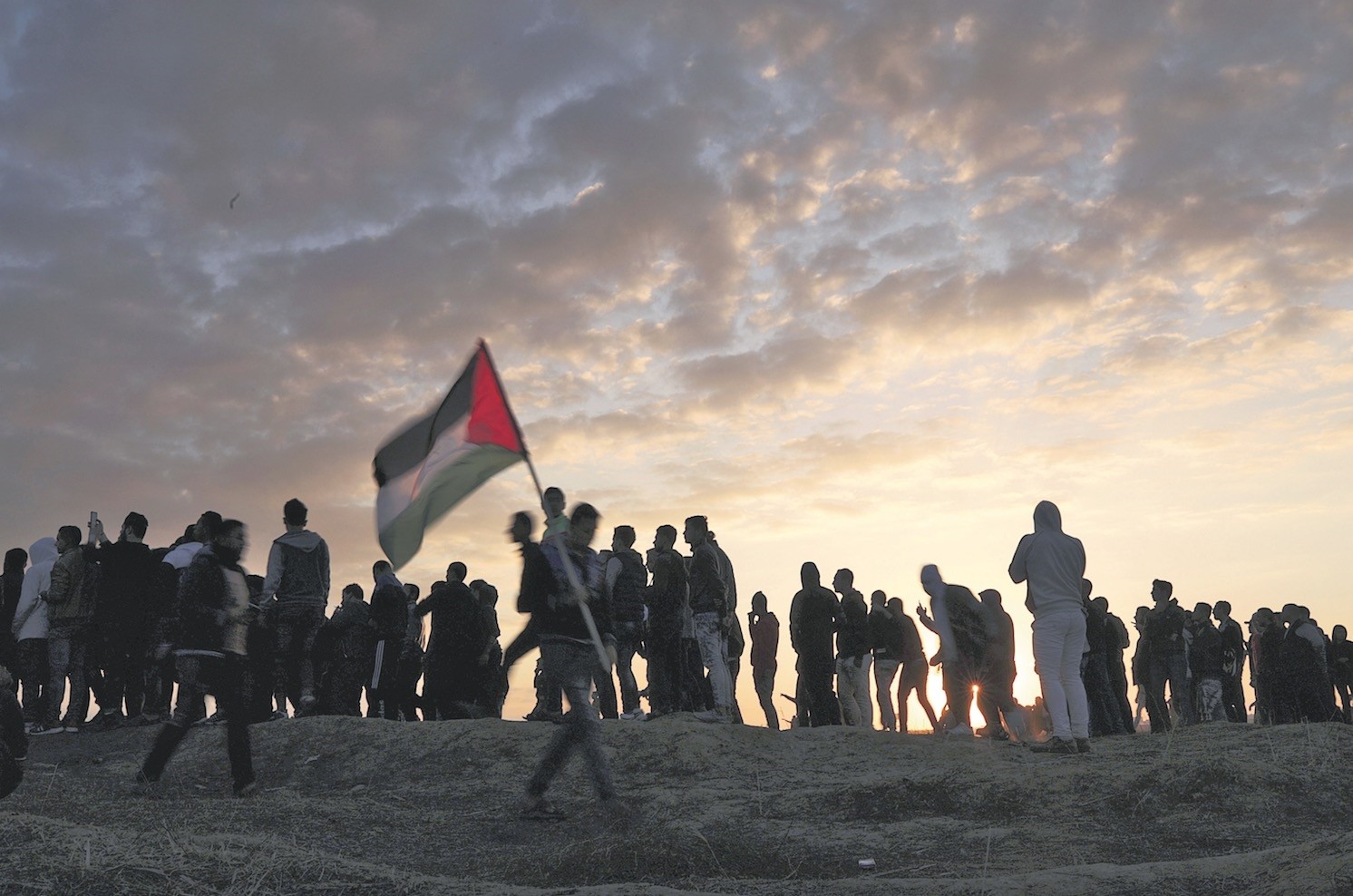 Palestinian protesters wave a Palestinian flag during clashes against President Trump's decision to recognize Jerusalem as the capital of Israel, in the east of Gaza City, Dec. 15.
by Saadet Oruç Dec 18, 2017 12:00 am

The U.N. could use the Jerusalem conflict to convince the world of its role as a guarantee for all nations by taking side with the oppressed people of Palestine, but once again it missed the train

The increasing Jerusalem deadlock has brought the real function of internatıonal organizations into the world spotlight.

U.S. President Donald Trump's announcement to recognize Jerusalem as the capital city of Israel and to move the embassy in Tel Aviv to Jerusalem has faced harsh criticism from the rest of the world. However, at the same time, it has become a litmus test for international organizations to see whether they can and do work in the name of world peace or not.

The already-confusing position of the biggest international bodies became more visible, as the Jerusalem issue urgently needs a solution more than ever before.

Thanks to its Turkish term presidency, the Organisation of Islamic Conference (OIC) took a respectful step, declaring East Jerusalem as the capital city of the State of Palestine and emphasizing that Palestine and Jerusalem are two key localities for the 57-member organization.

The European Union also reacted with unexpected unity and gave a clear message to the world that the U.S.'s announcement of Jerusalem's status as the capital city of Israel would not be supported by the 28-member bloc. The EU gave such a clear message that Israeli Prime Minister Benjamin Netanyahu, who was on an official visit in the EU capital to receive the support of the European states, had to leave Brussels disgruntled by their response.

At such a turning point, the United Nations remained a body without any serious position on the Jerusalem crisis. Various resolutions of the U.N. were left on the shelves of the New York-based headquarter of the global institution.

And a critical question needs a clear answer from the UN: "Is the only motive behind the establishment of the U.N. to guarantee the declaration of the State of Israel and to protect its sovereignty until the end of the history, ignoring other nations and states?"

Listing the points to establish the State of Israel in his book titled "Jewish State," Theodore Herzl, the ideologue of modern Zionism, hints at "the establishment of different bodies" to facilitate the formation of a Jewish state.

Putting aside the official history of the global organization, we have enough reasons to question whether the U.N. was one of those "bodies."

When we take hundreds of U.N. resolutions on the atrocities committed by Israel against Palestinians and the values of Islam into account, we can assume that the United Nations would raise a loud voice against Israel. But the unequal formation of the Security Council of the U.N. provides a strong shelter for Israel rather than preventing its violent policies.

The U.N. can use the Jerusalem momentum to convince the world of its role as a guarantee for all nations, religions and human beings in the world. Otherwise, it will at the same time mark the end of the mission and the seriousness of the union.