Turkey's call for justice in the Khashoggi murder 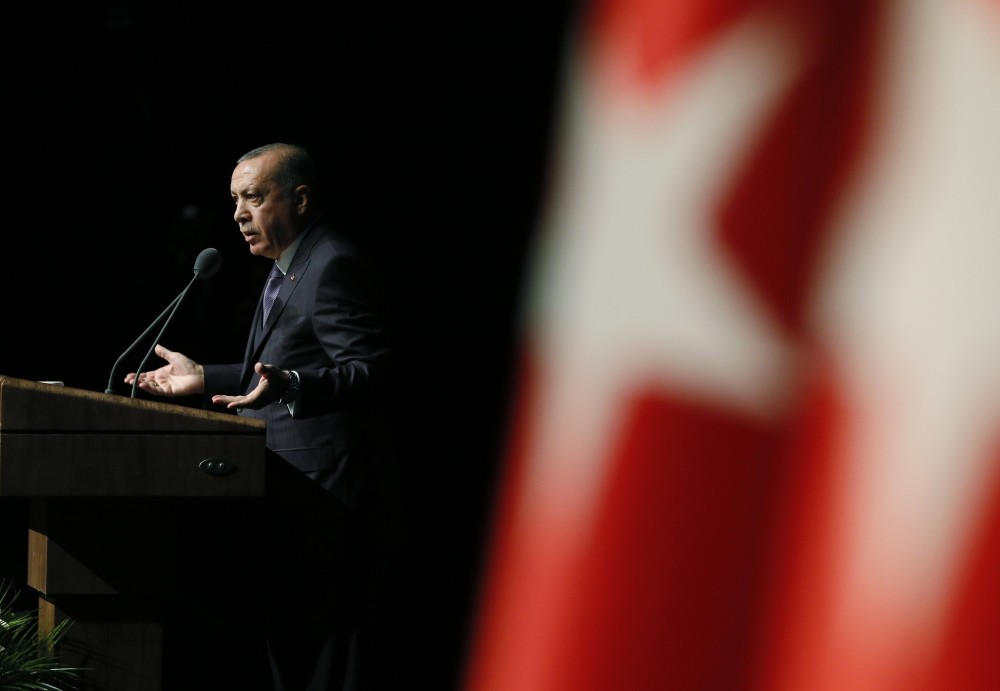 President Erdou011fan speaks about the Khashoggi murder, asking some unanswered questions regarding the case in order to help find the people responsible for the killing, at a symposium in Ankara, Oct. 24.
by Saadet Oruç Oct 25, 2018 12:00 am

Turkey has become the defender of the world community's consciousness with its strategy to investigate the Jamal Khashoggi case. This leaves the country's critics and even enemies obligated to praise its handling of the horrific murder of the Saudi journalist.

The Kingdom of Saudi Arabia is facing a difficult process, arguably the most difficult process since it was founded. Unless all the responsible parties of the Khashoggi case, including royal family members that are under a cloud of suspicion, are not brought to justice and tried, this process will end in a great deadlock.

The statements President Recep Tayyip Erdoğan made on Tuesday at a group meeting held in the Grand National Assembly of Turkey are highly worth to mention here. Erdoğan's call to punish those responsible at the lowest and highest levels, emphasizing that the incident was premeditated, echoed in all capitals around the world.

The president stated that the incident was premeditated and that the consulate general sent a diplomat to Riyadh after Khashoggi applied for papers needed for his marriage on Sept. 28.

While announcing that the instructions of this plan came from Riyadh, he also mentioned that a reconnaissance trip was conducted the day before the murder of Jamal Khashoggi in Yalova and the Belgrade Forest. He gave a crucial message to the world while suggesting that the trial of those responsible for the murder should take place in Turkey.

Turkey, representing the world's conscience, will not give up. Regarding this terrible murder, Turkey, from the very beginning of the crisis, managed the process very effectively by bringing Saudi Arabia to the point of confession. Therefore, these very Turkish efforts have proved how Ankara is the voice of justice while it is unfortunately impossible to say the same for Saudi Arabia. This is because of its Crown Prince Mohammad bin Salman, who has been supported by Western countries as the new reformer of the region, but instead is now the Saudi leader, thought by many to have an involvement in the Khashoqqi story.

The prosecution continues to analyze the evidence. More details seem to be gradually revealed that might outmaneuver the criminal and his men. As the pieces of the puzzle are brought together day by day thanks to efforts of Turkey, the only way out for Saudi Arabia will be to judge those that played a part in this act because eventually everyone will have a view of the entire picture.

One last essential note. Turkey is breaking through the negative perceptions and standing its ground powerfully with its leader, diplomacy and intelligence. No other power as rigorous and expeditious as Turkey could have outmaneuvered this dishonorable and insidious criminal.