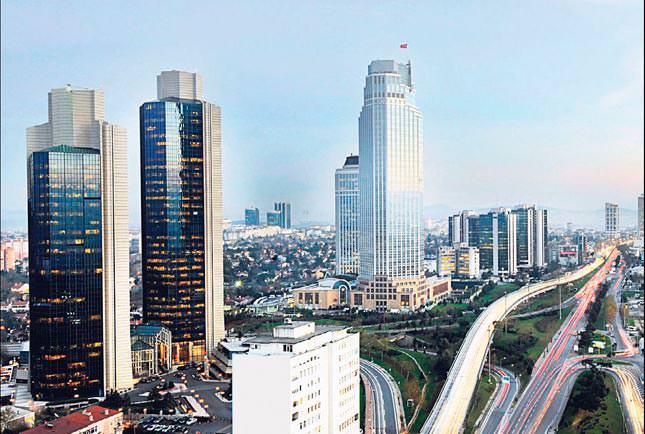 Turkey's strategic journey towards a more developed, democratic and prosperous future will continue regardless of conjunctive challenges

In the eyes of all objective observers, Turkey has accomplished a dramatic process of socio-economic transformation in the first decade of the new millennium. From a fragile economic structure shattered by recurrent financial crises, ailing state enterprises and massive fiscal deficits associated with an unstable polity dominated by weak coalition governments and intra-elite wrangling, there emerged a fundamentally different politico-economic nexus.

The new era under successive AK Party governments was characterized by political stability, sustained economic growth, galvanization of a robust "regulatory state" and intensive engagement with previously neglected national and multilateral foreign policy actors. The main drivers of Turkey's exceptional transformative dynamism was the strong developmental will of the new political elite, mobilization of the static energies of the small and medium sized enterprises across Anatolia and the confident foreign policy posture aimed at diversifying Turkey's diplomatic and economic relations. Consequently, the country realized massive strides in the physical modernization of the public infrastructure, upgrading of national health and education systems and increasing the FDI inflows at record levels, along with crucial legal reforms aimed at democratic consolidation.

From a different angle, Turkey took due advantage of the international environment in the 2000's in which new operational areas were opened for regional and emerging powers in the world system. At a time when the U.S., EU and Japan were prepared to accept a more participatory form of governance in the context of the G-20 and other institutional frameworks, Turkey's new-found political and economic activism was in perfect conformity with the "Zeitgeist" of the era. In retrospect, the first structural challenge facing Turkey's ascendance in the global system came with the global financial crisis in 2008 when demand in its conventional export markets, such as the EU, shrank considerably.

Yet the robust regulatory mechanisms founded on the basis of lessons taken from previous financial crises, dynamism of the bourgeoning entrepreneurs and timely diversification of export markets limited the negative impact of the crisis. Moreover, Turkey displayed one of the most successful crisis-exit performances in the world after China with a surprisingly speedy recovery of economic growth.

The second fundamental challenge to Turkey's virtuous model resulted from the specific tensions and calamities of the Middle East, the historical hotbed of global conflicts. The so-called Arab Spring created shockwaves in the region from Morocco to the Gulf and destroyed the regional eco-system in which Turkey's diplomatic and economic engagement initiative was flourishing. With domestic instability and even civil strife raging in Tunisia, Egypt, Libya, Yemen, Iraq and Syria, the fallouts of this process created brand new challenges according to which Turkey's proactive foreign policy stance and integrationist economic strategy had to be radically readjusted.

Finally, the third profound challenge to Turkey's developmental politico-economic nexus was local in nature and took the form of the Gezi protests in May, camouflaging legal attempts to prosecute certain government members and their families in December 2013. These events unveiled a concerted effort to undermine the moral authority and governance capacity of the AK Party government through a "media war" which was designed to inflict damage to national economic prospects and trigger the toppling of the government via mobilization of displeased masses.

But still, there is no ground for pessimism. When the dust settles, the longterm journey towards a "new Turkey" and "new economy" would again occupy our visions and agendas. Turkey's new political economy would involve widening the knowledge base of the market actors; increasing high-tech/high-value added manufacturing production; expansion of novel sectors such as software, genetics, microelectronics and nanotechnology; improving human capacity through advanced reforms in education and reducing import dependency of local industries by increasing investments in intermediary materials such as stainless steel and petrochemicals.

Despite the vast steps taken over the course of the last decade to accomplish first-generation reforms, macroeconomic stability and physical modernization; overcoming the "middle income trap" would require nuanced micro-level strategies for industrial/technological upgrading. Turkey has the institutional, entrepreneurial and human capacities to successfully pursue these strategies.

Please join us here at Daily Sabah, the new English media outlet for the new Turkey, to bare witness to this incredible journey.