Economics of the Iran nuclear deal 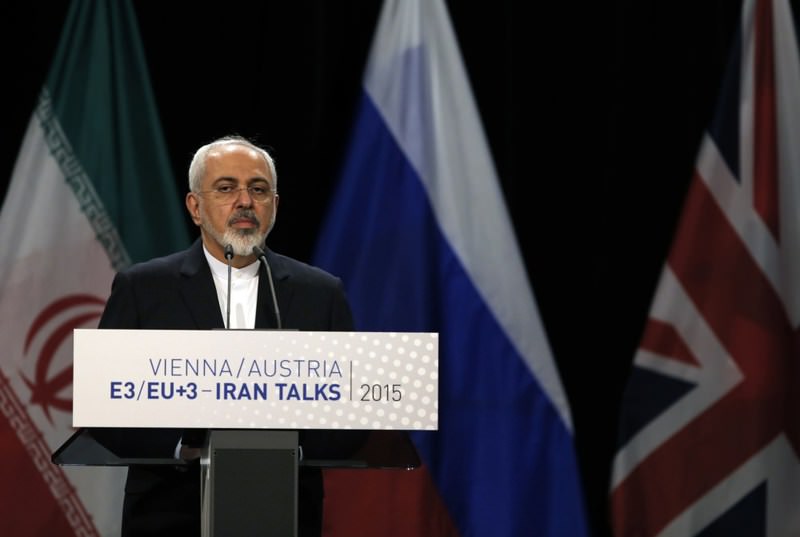 Turkey's construction, textiles, automotive and appliance companies might benefit from the expected expansion in the Iranian economy, which might accomplish double-digit growth figures in the coming years

Following years of diplomatic wrangling, intense opposition from key U.S. allies such as Israel and Saudi Arabia and surprisingly neat managerial leadership by the U.S. President Barack Obama's administration, the framework agreement between the P5+1 and Tehran was finally signed on streamlining Iran's nuclear capabilities. There is still a bumpy legal road until the agreement is ratified by national parliaments including the U.S. Congress, where heavy opposition is expected from the Republicans and Israeli lobby, but the air of optimism has already been embraced by Iranian society with joy following years of bruising sanctions. This historic agreement has its roots in the 2010 Tehran Protocol boldly spearheaded by Turkey and Brazil to ease the international sanctions on Iran whose efforts were blocked amid big power clashes in the U.N. Security Council at the time. It was telling that this time round both of these benevolent emerging powers were not given any credit for their efforts and were practically ousted from the discussions.

For Iranian President Hassan Rouhani's new political and economic engagement strategy with the global system, this agreement constitutes a real watershed. In return for compliance with international restrictions on its nuclear program, Iran will get a chance to have the economic sanctions placed on its energy exports, manufacturing and other imports, direct investment flows, access to finance and services gradually lifted. As the issue concerns a country sitting on top of the second-largest natural gas and fourth-largest oil reserves in the world, it does not require tremendous expertise to recognize that Iran's reintegration with the global economy is likely to have crucial repercussions. The actual lifting of the sanctions will take time, but when realized, it is expected that the global supply of oil, which has recently increased thanks to increasing export capacity of Saudi Arabia and Iraq, will increase further with the introduction of high quality Iranian oil, further pushing down global price levels.

Given that it fully mobilizes its oil and natural gas capacity with the gradual elimination of structural barriers, Iran has a massive potential to be a game changer in the global energy markets. That is why major energy multinationals have been camping in hotels in Tehran and closely following developments in the political and diplomatic fronts over the course of the last few years. Yet many years of isolation from global capitalism, cultural antagonism against the visibility of Western brands, bureaucratic resistance to foreign direct investments and the lack of an attractive investment climate all constitute serious barriers against speedy economic reintegration. The modalities of the nuclear agreement, the speed and extent of sanctions being lifted and domestic reforms designed to accelerate the inflow of international investments will determine the nature and depth of the integration movement. Especially French and German companies have been quite active in following investment opportunities in the energy, engineering and manufacturing sectors and they are likely to be joined by their American and Japanese counterparts in the near future. But the pattern of new investments is likely to flow from small and medium companies towards larger multinationals, once the process of testing the waters and calculating the risks is effectively completed. It remains to be seen how Rouhani's Iran will manage its political and economic rapprochement with the Western world without jeopardizing existing strategic, military and economic ties with Russia and China. Also important will be to see the trajectory of the proxy wars in Iraq, Syria, Yemen and various locations in the Middle East that Iran used to control through Hezbollah and other pro-Iran paramilitary groups once it has the responsibility to provide comfort to international investors following a possible influx of strategic investments.

For neighbors such as Turkey, Iran's re-inclusion in the global energy, trade and finance networks is set to create new opportunities both to meet the energy demand on more advantageous conditions and to have a massive market for product and service exports. Iran is the second-largest supplier of natural gas to Turkey after Russia despite its relatively high price policy and provides 30 percent of Turkey's oil needs despite the international sanctions. Better mutual coordination of energy policies could improve Iran's participation in pipeline projects such as the Trans-Anatolian Natural Gas Pipeline (TANAP) to Europe through Turkey. In return, Turkey's construction, textiles, automotive and appliance companies might benefit from the expected expansion in the Iranian economy, which might accomplish double-digit growth figures in the coming years. There are reasons to be cautiously optimistic.
RELATED TOPICS