Normalization to proceed despite terror 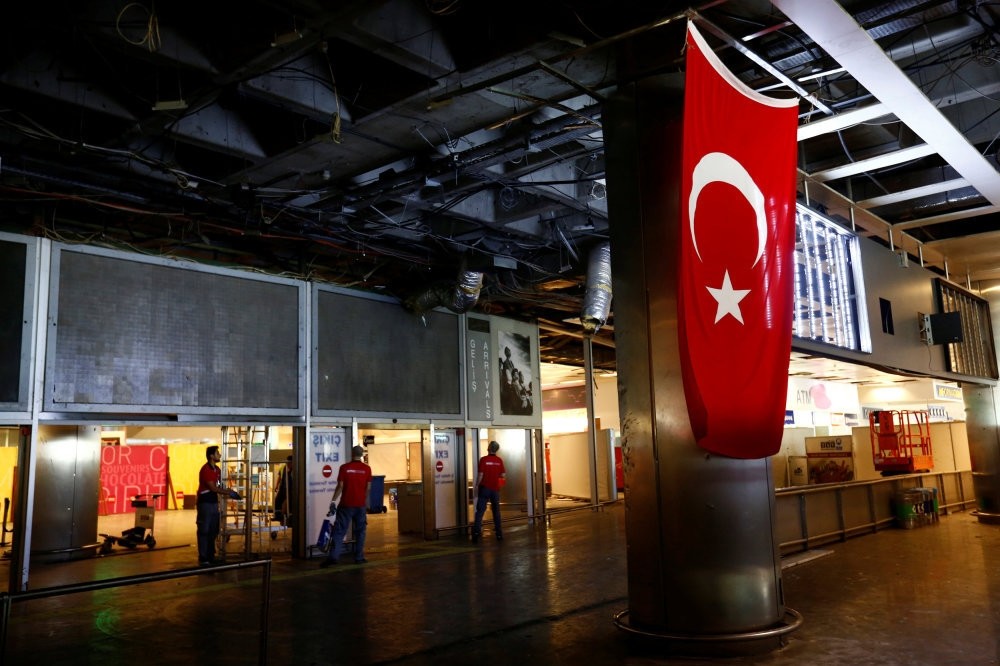 Normalization in Turkish foreign policy to proceed despite terrorist attacks

It has almost become conventional wisdom to suggest that Turkish foreign policy has been undergoing a period of serious contraction in recent years. Major foreign policy openings -initiated to solve protracted conflicts with neighbors and increase social mobility and economic interdependence to ensure a problem-free environment in Turkey's vicinity - have unfortunately faded.

Specifically, Turkey's relations with Israel took a hit following the infamous Mavi Marmara incident in which a flotilla delivering humanitarian aid to Gaza was attacked by Israeli Special Forces, killing 10 activists in international waters. Changing regional conjuncture following the reversal of Arab revolutions and endless wars in Syria and Iraq where political authority evaporated on Turkey's doorstep also undermined the vision of cooperative integration. Ankara's close relations with Egypt (formed during the reign of President Mohammed Morsi) turned into open confrontation following the brutal coup led by Abdel-Fattah el-Sissi and Turkey's protests against blatant human rights abuses. Following a period of calm divergence on Moscow's direct military interventions in Crimea and Syria, Turkey's relations with Russia entered a period of acute crisis when a Russian fighter jet that violated Turkish air space was surprisingly downed by Turkish air forces. Vladimir Putin expressed his protest in blatant fashion, and political, economic and social relations between the two countries were minimized since last November.

Taken together, the accumulated impact of these aggravated crises in foreign policy proved critical for Turkey's long-term national interests, as the country was striving to increase exports and economic capacity, while fighting terror at the same time. Intensification of violent terror attacks perpetrated by DAESH and the PKK since June 2015 was also a crucial development that signaled the need to rejuvenate regional alliances to execute more efficient intelligence and counter-terrorism efforts. Not to mention the substantial decline in tourism revenues due to the shrinking number of visitors from Russia and Israel and depressed opportunities for agricultural and commodities exports.

Therefore, when the current government under Prime Minister Binali Yıldırım assumed power, a change in foreign policy formulation was set as a strategic priority and "increasing friends, decreasing foes" was selected as the motto to express that. In contrast to the previous era of idealistic foreign policy conduct, Yıldırım also declared the return of realpolitik by stating, "Normalization must be the norm and the crisis an exception; not the other way round." Consequently, following months of preparatory work between diplomatic establishments, a normalization agreement between Israel and Turkey was simultaneously announced by both prime ministers, which could pave the way for critical cooperation in military/intelligence matters, tourism, humanitarian support for Gaza and transport of Israeli natural gas to Europe via Turkey. Simultaneously, initial steps leading to normalization of relations between Ankara and Moscow were taken that culminated in the first direct contact between presidents Erdoğan and Putin in months, and the possibility of a ministerial meeting for normalization with Egypt was raised as well.

Then came Tuesday's heinous terror attack on Atatürk Airport, the heart of Turkey's international transport system and one of the busiest hubs in the world with crucial transfer links. This attack, perpetrated by a cell associated with DAESH, killed over 40 innocent civilians of different nationalities, the 15th large-scale terror attack in Turkey in the past year. Leaving aside other motivations that have to do with security operations against DAESH conducted by Turkish security forces, the main motivation for its timing seemed to be hijacking the air of social optimism in Turkish society and interrupting the normalization process in foreign policy making. The strong international reaction to the attack by world leaders and the public supported the morale of the nation and strengthened the will to fight for normalization. The fact is, if we can stand united against terror, normalization processes in foreign policy, democratization and development will proceed uninterrupted and efforts to associate Turkey with a perception of "perpetual crisis" will fail forever.
RELATED TOPICS