Cry for Aleppo and the global leadership gap 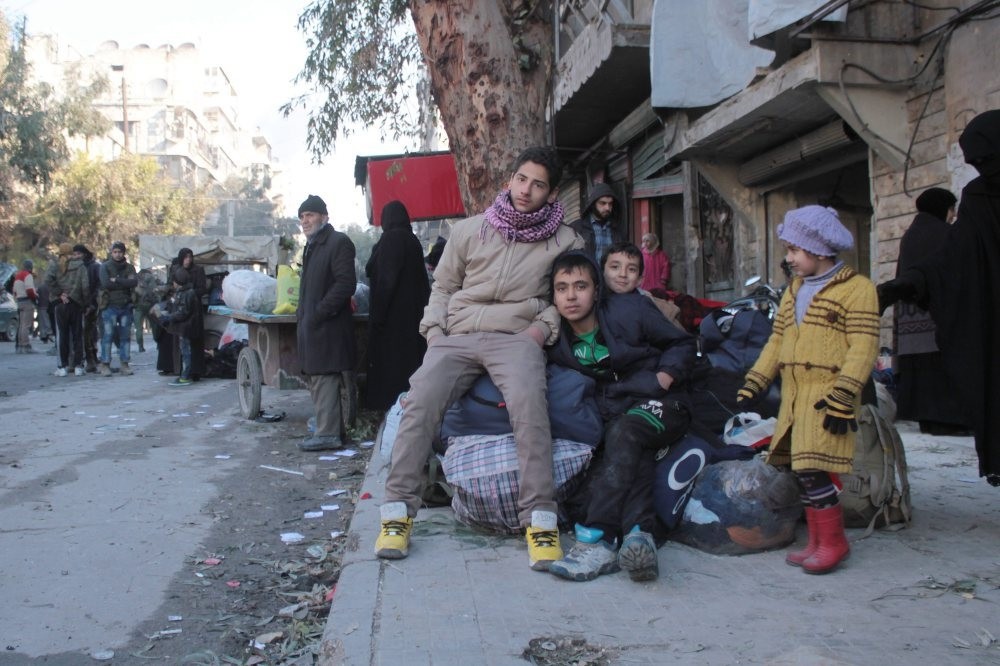 Turkey, alone among many global and regional powers, is trying to find a way to prevent more deaths among innocent civilians in Aleppo by ensuring the evacuation plan succeeds.
by Sadık Ünay Dec 17, 2016 12:00 am

As the struggle for renewed spheres of influence continues unabated in Syria and the Middle East following the suppressed Arab revolutions, humanitarian catastrophes continue to happen before the watchful eyes of the world. Previously, the commercial and cultural capital of Syria, Aleppo represents the latest stage of asymmetric warfare, human suffering and mass murder. The U.S. has practically withdrawn from the theater of war and dropped its political leadership claims as a result of the Obama administration's failed proxy war tactics that only amounted to supporting the Democratic Union Party (PYD) corridor in northern Syria at the expense of its NATO ally Turkey and giving a free hand to the trio of Russia, Iran and the Assad regime.

Since the lame duck president is not expected to take any radical action on Syria before the handover of power to Donald Trump on Jan. 20, dominant actors on the ground are rushing against time to maximize their strategic gains. But the humanitarian catastrophe in Aleppo, which has cost the lives of thousands of civilians as a result of aerial bombing and heavy artillery fire, has been aggravated in the midst of this "race to the swift." Once seen as the perfect setting to study vibrant city life and the rich heritage of Islamic culture and architecture, Aleppo is now a ghost city, totally destroyed and full of human tragedies.The strategic race for the Assad regime in Aleppo is to occupy the eastern part of the city, previously controlled by opposition forces, regardless of the massive human carnage required to realize it. If the regime is forced to accept a boutique state on the Mediterranean coast over the course of a potential cease-fire agreement in the future, Aleppo will constitute its main connection to strategic routes and logistical channels in mainland Syria. Therefore, the fight for Aleppo is seen as existential.

When it comes to Iran, the Tehran regime is aware that the honeymoon period with Washington since the aftermath of the nuclear deal is finally coming to an end with the election of Trump as president. The Obama years, which opened up numerous windows of opportunity for Iran's secretive agenda pursuing sectarian policies and proxy wars from Yemen to Iraq, from Lebanon to Syria might be over, as the administrative team selected by Trump reflects a very negative perception of Iran as the arch source of the chaos in the Middle East. Reminiscent of the neo-conservative attitude of George W. Bush and his administration, Trump argues that Tehran must be geo-strategically, politically and economically constrained; and the political elite in Iran are trying their utmost to maximize strategic gains in Syria before the U.S. attitude toward their operational capacity is reversed. To this end, the use of radical Shiite paramilitary groups called Hashd al-Shaabi along with members of the Iranian army and special forces to apply indiscriminate violence is justified by utilizing the pretext of "Sunni" violence imposed by Daesh in the area.

For Russia, Aleppo is a geo-strategic milestone that must be under its control before the Trump presidency starts, as the city is the gateway for a future boutique state on the Mediterranean under Russian protection as well as a protective shield for the critical military bases there. But Moscow's attitude is more balanced than that of Tehran, which follows an aggressive and conflict-ridden sectarian policy as Russia pursues a leadership role in the Syrian theater that attempts to keep major global and regional actors at the table. There is also a hidden tug of war between the rather cool Russia and nervous Iran to control the Assad regime and shape the future political configuration of Syria.

Among all these power-calculating players, Turkey is the main humanitarian actor on the ground spearheading intense shuttle diplomacy with Russia for a peaceful resolution of the Aleppo crisis, as well as providing substantial humanitarian assistance to civilians. President Recep Tayyip Erdoğan and the government have been pushing their Russian counterparts to arrange an immediate cease-fire and a rescue corridor toward Idlib to save civilians from imminent massacre. The depth of the Aleppo crisis and difficulties faced in finding a military or diplomatic solution to civilian casualties clearly indicate a global leadership gap left wide open by the inconsistent foreign policies of the U.S. and the EU. Vladimir Putin's Russia gladly filled the vacuum in Syria, but it does not intend to restore regional stability until a new order compliant with its interests is formed. We have to wait to see whether Trump's strong political rhetoric will turn into action and help to solve the complex bottleneck.
RELATED TOPICS