Turkey votes for its future 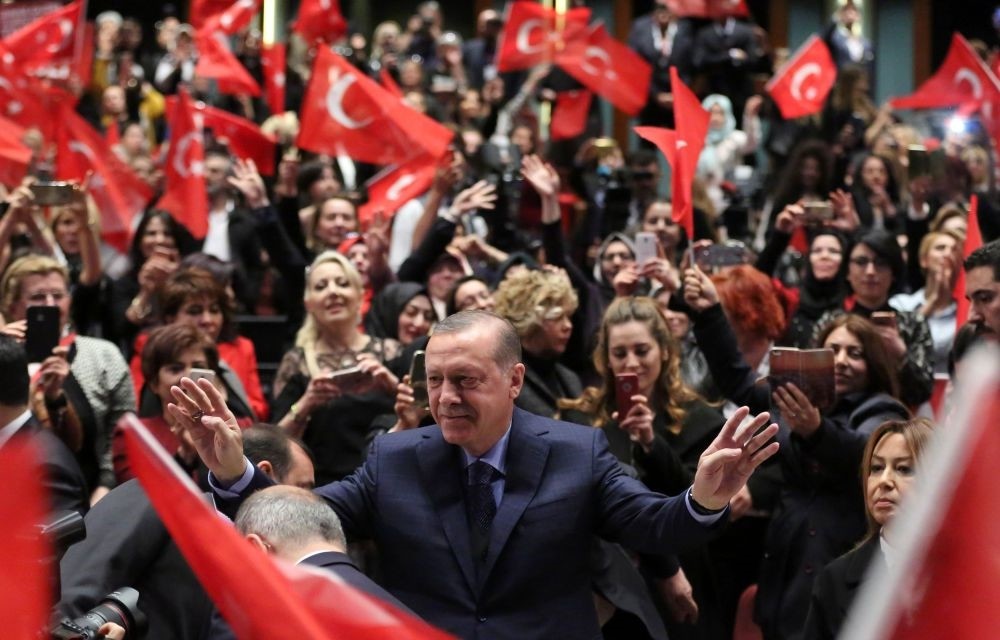 Colored by memorable political performances, heated debates and harsh rhetorical conflicts between Turkish political parties over the course of a two-month campaign trail, the time has finally come for the historic constitutional referendum. This weekend, the Turkish electorate will go to the polls as they have done several times since 2014, but this time the stakes will not be aspiring candidates' positions, but a more complicated, yet vital issue of a constitutional system transformation. It is an undeniable fact that the main foundations of Turkey's state mechanism, politico-bureaucratic apparatus and civil movements experienced grave trauma from the foiled coup attempted by the supporters of the Gülenist Terror Group (FETÖ) on July 15, 2016. President Recep Tayyip Erdoğan managed to rehabilitate public morale and speed up socioeconomic normalization in a short interval thanks to his unrivaled political leverage and charisma. Yet, a permanent and institutional response was needed to mitigate the enduring damages of the July 15 process, rejuvenate the state apparatus and revitalize the democratic credentials of state-society relations.

The forthcoming referendum on the constitutional amendment constitutes the first institutional step in Turkey's response to a carefully choreographed and internationally supported coup attempt. The governance architecture of the Turkish state needs to be revamped starting at the top. Hence, the emphasis on a presidential system designed to eliminate the schism between the Presidency and the Prime Ministry. The galvanization of the executive authority and the clarification of the chains of command between the president, ministries, bureaucratic agencies and the security establishment will lay the foundations for a much stronger and robust democratic state by eliminating the possibilities of institutional tutelage exerted through middlemen. The military, intelligence community, judiciary or large conglomerates in the private sector will no longer be perceived or operate as institutional representatives of tutelage over democratically elected figures. That is why a strong "yes" vote will open up new horizons for Turkey in terms of the political normalization needed to: End the state of emergency, ensure democratic consolidation, ensure the rule of law and the empowerment of democratically elected actors, the creation of a more effective and dynamic decision-making architecture designed to spur economic growth and socioeconomic development, and the formation of a better national image needed to increase foreign direct investments and to reverse the "brain drain."

Obviously, explaining system transformations to the wider electorate in an understandable and non-technical manner is always difficult. That is why the incumbent Justice and Development Party's (AK Party) lead in the "yes" campaign relied on the tested and proven political charisma of President Erdoğan as its greatest political asset. Indeed, Erdoğan is the only political leader in recent Turkish political history who has dared to restructure the outdated and unproductive domestic codes of the state less than a year after an attempted military coup. However, the fact that Erdoğan, rather than the AK Party organization as a whole, dominated the campaign does not mean that the proposed constitutional change is about "one man." Nor does it mean that Turkey is headed towards authoritarianism. This is exactly the distorted image that mainstream Western media and anti-Erdoğan political circles across the world have been trying to instill.

The fact of the matter is: Turkey is not altering the democratic fundamentals of its political regime, abolishing the Republic or moving toward authoritarianism. On the contrary, Turkey is trying to democratize the 1982 Constitution, which was enacted by a military junta in the aftermath of a bloody coup and transform the status of the office of the president from the vanguard of a military-bureaucratic tutelage to one of democratic representation and effective governance. The projected change will streamline public administration and better suit Turkey's acclaimed position in the global pecking order as an emerging political and economic power. Recent opinion polls assert that the constitutional amendment will comfortably pass the absolute majority threshold of 50 percent, but a higher rate of popular approval, which approximates 60 percent, would undoubtedly exert a positive psychological impact on the prospective restructuring effort. The future of Turkey is bright and those who invest in that bright future will not be disappointed.
RELATED TOPICS