Al-Quds: A jewel too dear to be manipulated 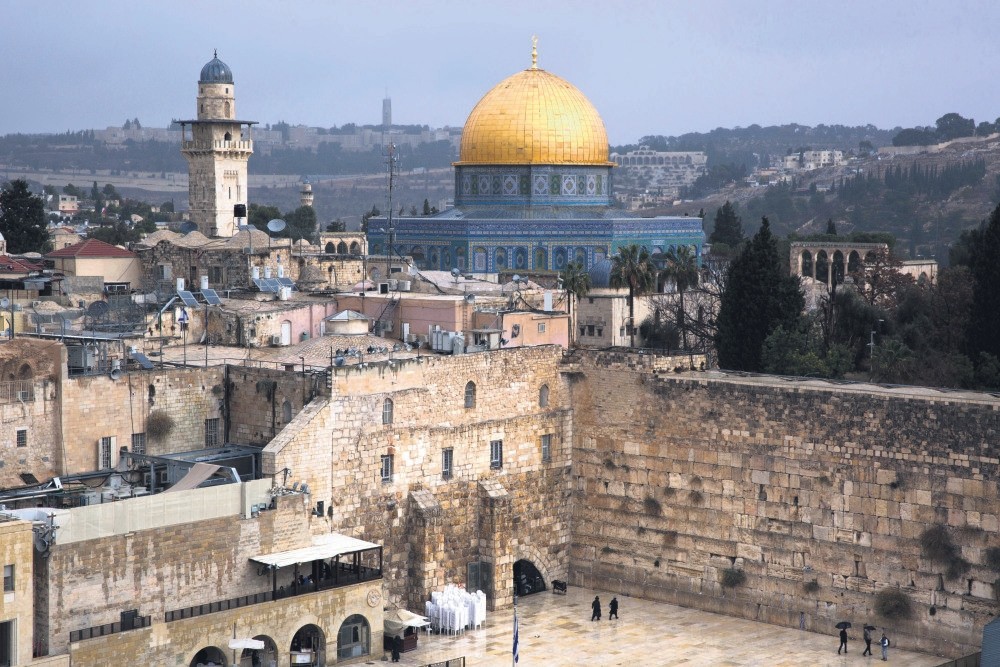 Whatever the global strategies of great powers or personal agendas of unprincipled politicians, al-Quds represents a jewel that shall be protected dearly as the global center of tolerance, multiculturalism and mutual respect

We stressed last week in this column that the era of hegemonic stability and "Pax Americana" were well and truly over, as the state establishment in the U.S. is unwilling to undertake the costs associated with the posture of a benevolent hegemon providing peace and stability in the global system. Thanks to successive sharply destabilizing moves by U.S. President Donald Trump and his son-in-law and senior advisor, Jared Kushner, in the already conflict-ridden region of the Middle East, the role of the U.S. seems to have swiftly moved from a conflict resolver and arbitrator to a proactive agent triggering instability and endemic conflicts. Democrats under two successive Barack Obama administrations have preferred to follow a more European strategy by withdrawing the weight of the U.S. from regional conflicts and trying to induce Iran into regional politics as a balancing actor. Their mentality was based on reducing the costs and risks of American leadership by playing national and sub-national actors in the region against each other with minor touches when necessary. But the end result proved to be the entry of President Vladimir Putin's Russia with substantial force along with Iran as major players into areas of political power vacuums created by the notable U.S. absence.

The U.S. under the guise of Trump's undiplomatic, family-based, excessively populist and ideologically motivated governing style tries to play a totally different game. From the adoption of a tougher stance against Iran to active involvement in the Qatar crisis, preparing the groundwork for throne wars in Saudi Arabia and utilizing the Zarrab case against Turkey, the new foreign policy line is based on deliberately raising the stakes and tensions. The logic underlying this risky policy is constituted by a mixture of Trump's heterodox entrepreneurial instincts based on making greater gains in chaotic environments as well as the esoteric Judeo-Evangelical predispositions of his family and some of his key entourage. But the straw that broke the camel's back in the region, the declaration that the U.S. accepts Jerusalem – known as al-Quds in Arabic – which Trump described as the eternal home of the Jewish people, as the capital of Israel was the most dangerous and destabilizing move so far. Anyone with a bit of knowledge of diplomacy would see that the U.S. administration officially took sides in favor of one of the parties in the oldest conflict in international relations.

The plight of Palestinians in Gaza, the West Bank and al-Quds constitutes the root cause of perpetual political tension, social polarization, radicalization and infinite friction between Israel and the Muslim world. Particularly the ancient city of al-Quds is a conflict hotspot as it holds the Al-Aqsa compound, the most fiercely contested religious site in the world deemed sacred by all three Abrahamic religions. For centuries, political rulers recognized the sensitive status of al-Quds as the jewel in their crown and provided arrangements for Muslims, Christians and Jews. For Muslims' conscience, al-Quds carries tremendous spiritual and symbolic value as Al-Aqsa Mosque represents the first qibla and the third-holiest place of worship following Masjid al-Haram and Masjid al-Nabawi. Therefore, defense of al-Quds against foreign interventions has become a matter of honor and unifying cause for Muslim societies. The Organization of Islamic Cooperation (OIC) was also established for this very purpose.

Trump has been under domestic pressure during the investigation into Russian meddling in the presidential elections following a guilty plea from his former national security adviser, Michael Flynn. The secret roles of his son Donald Trump Jr. and son-in-law Kushner in foreign dealings will come under the spotlight as will Trump's own motives to dismiss FBI Director James Comey. Therefore, his narrow political mind could have focused on realizing a campaign promise, attracting the support of the Jewish lobby in Congress or diverting public attention. The same holds true for Israeli Prime Minister Benjamin Netanyahu, who is struggling against corruption allegations in Israel. Yet by declaring Jerusalem as the capital of Israel and promising to relocate the U.S. Embassy there, Trump performed a gross violation of international law and numerous U.N. Security Council resolutions, as well as a major breach of the rights of Palestinians. There is almost universal consensus that East Jerusalem is the property of Palestinians, and they have the right to declare it as their capital when an independent state is proclaimed.Whatever the global strategies of great powers or personal agendas of unprincipled politicians, al-Quds represents a jewel that shall be protected dearly as the global center of tolerance, multiculturalism and mutual respect. Unilateral violations will only complicate existing disagreements and add fuel to perpetual conflicts.