Is the way to Davos the liberal collapse in a fractured world? 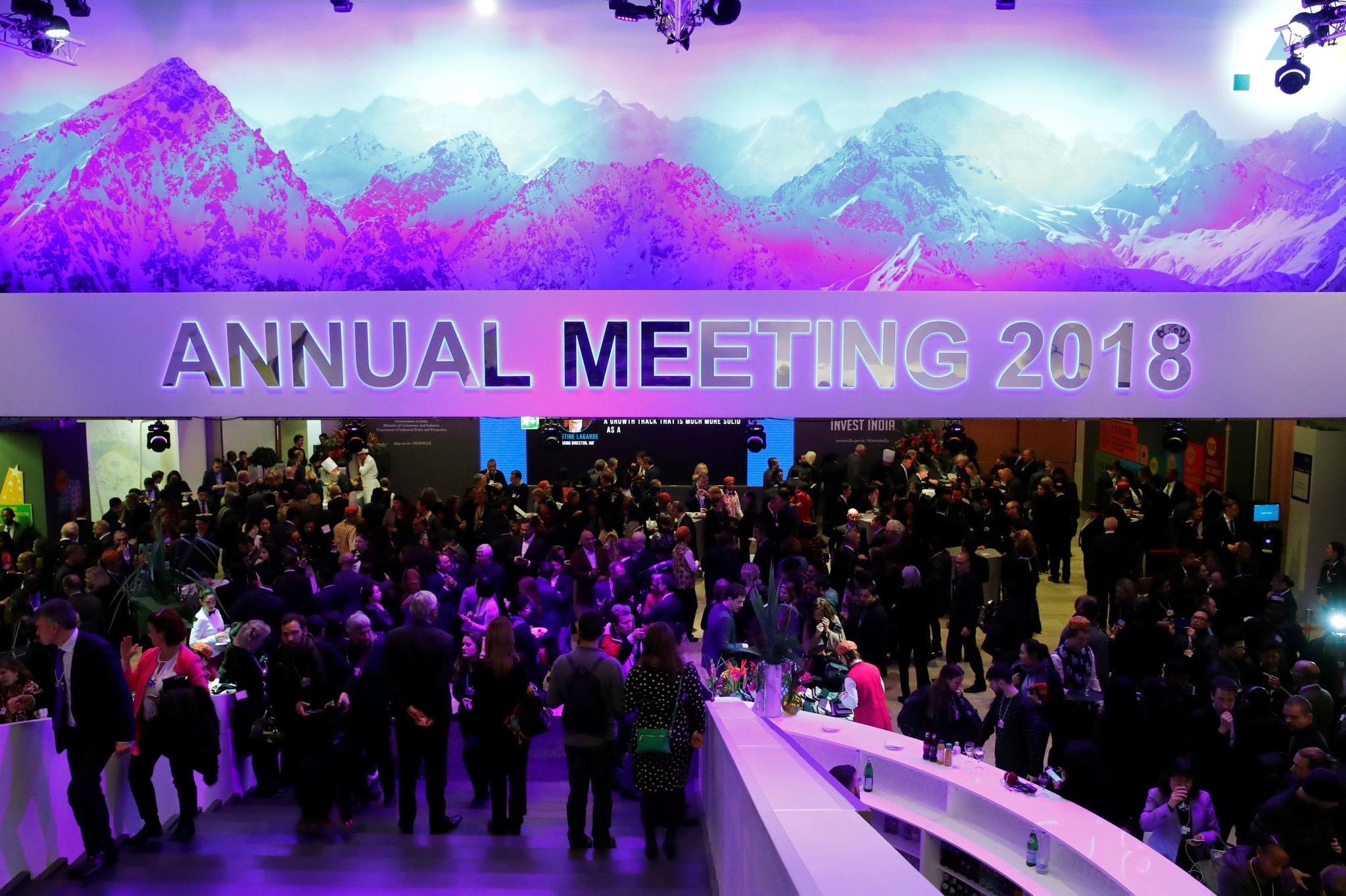 As the captains of global capitalism gather in the serene surroundings of Davos, they have a mammoth task to figure out how to maintain liberalism's international relevance in a world fractured by hegemonic conflicts and extreme ideologies

It is finally that time of the year again, and the Davos 2018 meetings hailed as the annual gathering of the global capitalist elite are about to kick off in the luxurious Swiss mountain resort. World leaders, top executives of global corporations, emerging entrepreneurs, popular academics and journalists, and cheerleaders for innovation, efficiency and sustainability will be there as usual. Throughout its existence, Davos has excelled as the focal point from where core liberal values, including the freedom of expression, enterprise and individual development, have been disseminated globally.

Reflecting the bleak international mood this year, the theme for the Davos meetings is "Creating a Shared Future in a Fractured World." The theme is perfectly reflective of the zeitgeist as the world is going through a rough patch concerning the preservation of the political and economic principles of liberalism. Politically, the global system depicted by neoliberal institutionalism is in tatters as the U.S., the supposed global leader is utterly rejecting to support institutional mechanisms and provide public goods associated with the provision of international peace and stability. More importantly, there is an inclination on the part of the U.S. and several industrialized European powers to selectively restrict various human rights and liberties under the impact of rising far-right movements, xenophobia and all sorts of discriminatory ideologies. The international agenda is becoming increasingly dominated by isolationist, antagonistic and alienating political lexicons as opposed to the global village narrative of neoliberalism, which has dominated systemic discussions since the 1990s.

Economically speaking, the days of economic integration, unfettered trade liberalization, participatory global governance, inclusive decision making and shared crisis response mechanisms such as the G20 seem to be over. We are rapidly heading into a period of neo-protectionism, trade and currency wars, economic sanctions, discriminatory trade policies, weakening regional trade zones and restricted human movements. As the U.S. toughens its stance on China and delves into destabilizing moves in the Middle East and Asia-Pacific, the international system increasingly looks like the interwar period during which there was a clear lack of global hegemony and politico-economic competition among the major powers acquired a rather destructive form.

Therefore, as the captains of global capitalism gather in the serene surroundings of Davos, they have a mammoth task in their hands to figure out how to maintain the international relevance of liberalism in a world fractured with hegemonic conflicts and extreme ideologies. The answer to this critical question goes deeper than the antics of perplexing figures such as U.S. President Donald Trump, as there are deep structural undercurrents in Western political spheres that somehow feed into tougher political and economic positions. Even the United Kingdom, the conventional fortress of economic and political liberalism, is faced with the challenge of rising far-right social movements in an attempt to adopt its respective standing in accordance with the new international competition through Brexit. The European Union, once hailed as the most successful case of economic and political integration destined for shared regional sovereignty, is set to go through a harsh period of soul searching as well. While Britain seeks to follow a more autonomous path in foreign policy, differences between Germany and France in critical geostrategic issues and crisis points start to surface gradually. Berlin is increasingly perceived as an international player in its own right looking to fill the power vacuums left by the U.S. rather than trying to act as the driver of as yet uncertain European integration.

In the meantime, China tries to reduce international tensions and calm down the rest of the bunch as the prospective hegemonic challenger, clearly illustrated by the impressive performance of President Xi Jinping at last year's Davos proceedings. China's giant production, investment and finance mechanisms desperately need to find continued market openings in order to maintain their growth momentum. Hence, paradoxically enough, the conventional economic ideals of Davos based on neoliberal integration are most eagerly embraced in the current environment by the chief aspiring global power coming from a tradition of market socialism. Yet, whatever the expressed positions of major global powers, key economic agents are well aware that they need to brace their corporation for a world of increased protectionism, friction between regional blocks, a toughening U.S.-Chinese rivalry and a complex network of shifting bilateral alliances. Creating a shared future will prove increasingly difficult in a more fractured global system across a multiplicity of axes.