Don't be surprised on election day 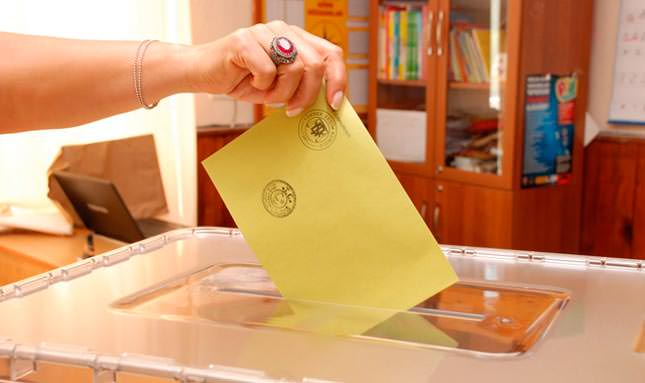 by Serdar Karagöz Mar 11, 2014 12:00 am
On March 30, millions of voters across the nation will head to the polls to elect mayors and municipial assemblies. The elections, however, are likely to have repercussions at the national level as a measurement of the public's approval of Prime Minister Recep Tayyip Erdoğan and his government. This election season's historic significance draws worldwide attention to Turkey's affairs: From U.S. President Barack Obama to the Middle Eastern political elites and Chinese investors, the Turkish elections have a diverse following who eagerly and curiously await the results.

According to various pollsters, Mr. Erdoğan's AK Party will once again prevail over its competition -an indication that the party's leadership remains quite popular after 12 years in office. While time takes its toll on all public figures, the Turkish prime minister's appeal seems more or less intact. Surely enough, part of Mr. Erdoğan's charm owes to the association of his person with the country's economic growth and political stability over the past decade. Despite the Turkish media's accusations and attacks against the government, the vast majority of voters do not seem to have second thoughts about the political leadership. In the face of accusations of authoritarianism, corruption and micro-management in national media outlets, ordinary citizens stand with the prime minister. In other words, Turkey's strong economic performance and the government's po pular policies since 2002 appear more convincing to voters than the opposition's allegations. Actions, as the saying goes, speak louder than words.

At times, it might understandably be rather difficult to follow political developments in Turkey. On occasion, Turkish politics might defeat the Western audience's conventional wisdom as it represents a complex phenomenon whose comprehension would require considerable attention and learning. As such, one has to use accurate sources and meaningful analyses to develop a better understanding of the country.

Over the years, outside observers have been shocked and appalled by Turkish elections but barely questioned the merits of their sources. The Kemalist opposition has long served as the primary channel through which the international reader followed Turkey and painted a grim picture of the country across the board. Such outlets typically represented what many call the "White Turks" - a privileged group with strong ties to the secularist establishment that seem spectacularly successful at following popular sentiments. Recently, the Kemalists were joined by the Gülenist media whose fallout with the government instantly turned them into staunch opponents of Mr. Erdoğan and his political party. Having failed to implement their political agenda, Gülenists constructed a world of their own within certain circles where everything is simply wrong with the country. In other words, such outlets present an extremely biased picture of Turkish politics and society that will inevitably prove misleading to the non-Turkish observer.

Armchair politicians would surely enjoy a little speculation about Turkey's upcoming elections. It is, however, not acceptable for media outlets to knowingly mislead and misinform their audience. After all, election day will put all of our reputations at stake.