Trump must dispose of the man behind the coup: Fetullah Gülen 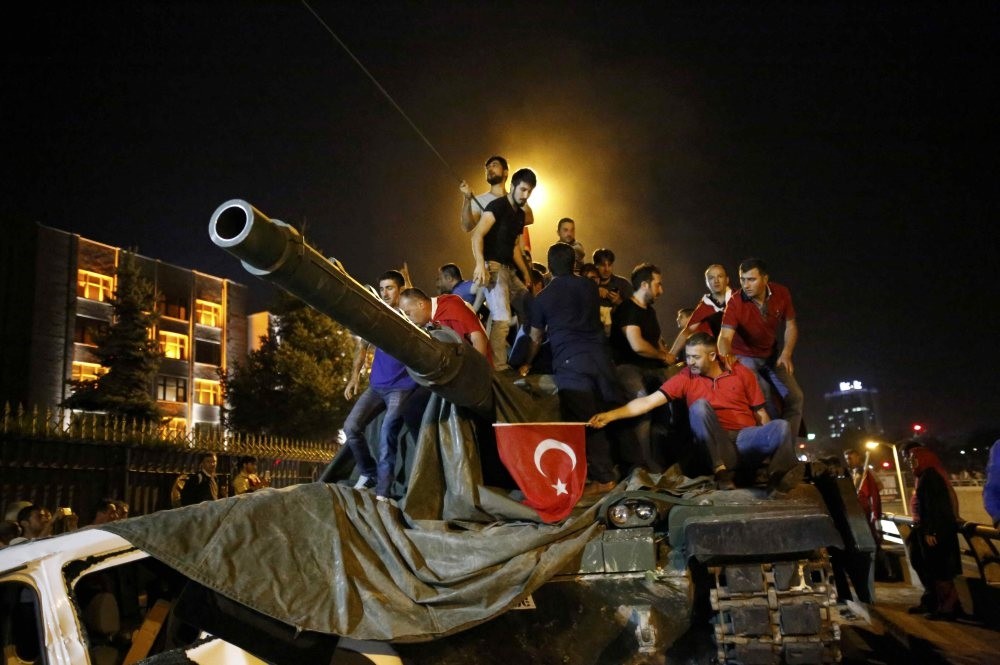 Extraditing radical cult leader Fetullah Gülen, the man behind the deadly coup attempt, is what Trump needs to do for democracy and justice, while he would also be helping the U.S. avoid losing a close NATO ally

Turkey lived through one of the most shocking episodes, in its history last July, a coup attempt. This coup attempt was nothing like the previous ones the country experienced. Putschist soldiers indiscriminately killing civilians to quell any sort of opposition to their designs, the bombing of Parliament, attacking the Police Department's special forces command in Ankara with F-16s are the operational differences that make this coup attempt distinct from others.

A study of Turkey's modernization and democratization process shows that the previous coups between 1960 and 1980 were preceded by long periods of economic instability and political tension. However, no such tension was present in 2016. A politically stable Turkey was growing at a pace that made it an envy of most countries. The perfectly functioning democratic institutions of the country were allowing the urban flowering of culture, while tourism was growing by leaps and bounds, as were export figures. Ordinary Turks were more peaceful and richer, looking forward to a brighter future. Housing sales were at record highs, families across the nation were renewing their cars. There was nothing anyone could use to justify such an attack, a coup, on the country.

Wasn't there any political tension? There surely was. Fetullah Gülen's operatives had infiltrated most key state institutions and, despite the government's efforts to eliminate the threat posed by the cult, it continued to ferment tension. Gülenist Terror Group (FETÖ) operatives within the police, judiciary and the broader state bureaucracy were trying to topple the democratically elected government.

Early last year, authorities had found incontrovertible evidence that there was significant FETÖ presence within the military, resolving to dismiss senior officers linked to FETÖ at the next Supreme Military Council (YAŞ) meeting, scheduled for early August.

The coup attempt on July 15, 2016 was nothing but a last ditch gamble by FETÖ officers within the military before they were removed as threats once and for all. It was an act of desperation by FETÖ that had nothing to lose. It was also its last chance to retrieve a lifeline to the domestic public. The cult's leadership had planned everything in detail. It had almost no domestic influence left. Majority of Turks were happy with their government and dismissive FETÖ claims.

The most serious backing for FETÖ was coming from abroad, rather than from within Turkey. The Turkish government's policies, while garnering growing domestic support, had begun to step on some countries' toes abroad. With their propaganda offensive abroad, Gülenists, muted in Turkey, were preaching to a very receptive audience outside the country, and in turn, were receiving backing to take on the elected government.

While succeeding in creating a hostile environment overseas for Turkey, they failed to foresee how Turkish people would rise up and risk their lives to protect their democracy on July 15. Those who stood in front of armed tanks realized that what was at risk was not President Recep Tayyip Erdoğan's administration, but the future of the country. FETÖ was aiming at chaos and civil war to hold on to its power. Some feared such a plot could lead to division and even partition of the country.

In response, the entire Turkish nation, from secularists to conservatives, from city folk to villagers, from Turks to Kurds and Circassians, mobilized to put a stop to the twisted ambitions of the shadowy cult leader in Pennsylvania.

July 15, 2016 is a seminal date, after which Turkey's politics has been rebuilt from scratch. The public is politicized as never before. Democracy is stronger than ever. Now is the time for those responsible for last year's calamity to pay the price.

It is apparent that Gülen's disciples were behind the bloody coup attempt. Indictments are full of testimonies admitting to this fact. The "Evidence" report prepared by the DS Centre lists all the incontrovertible proofs that Gülen was behind this despicable act. Gülen has been caught red-handed and all his protestations of innocence are nothing but a desperate plea to escape justice. Elites in Europe and the U.S. are well-aware of these facts and act aloof only to further their political interests to Turkey's detriment. Any truly independent researcher who came and studied the evidence will return with the inevitable conclusion that FETÖ and Gülen are guilty.

So, why is Fetullah Gülen still enjoying the hospitality of the U.S.? In truth, this is a problem Obama passed on to the Trump administration. A question Donald Trump needs to ask those officials who argue for the continued protection of Gülen is: Is Gülen our man? If the answer is in the affirmative, he should further ask, "Then why did he fail?" and "Why does the U.S. continue to expend its credibility for such a person?"

If Gülen is not "their man," then Trump naturally should ask why such a person is protected from a NATO ally. Either way, the protection accorded to Gülen necessitates a clear explanation.

Trump, as a successful businessman, should be aware of the cost of such a person in terms of credibility and trust. He should also be equally aware of the benefits of ditching Gülen to the Turkish-American relations. It will also allow U.S. to free itself from accusations that it is protecting shady people responsible for a coup attempt in a NATO ally country.

If not, the Trump administration will be facing a growing cost for protecting a person, who also has a nefarious influence within the U.S.

It is evident that there is growing concern among the American public over the number of Gülen-affiliated educational institutions run by people who had direct involvement in the bloody coup in Turkey. How long will the American public tolerate their children being educated at charter schools that preach loyalty to a radical imam who had ordered the termination of democracy in Turkey?

Democracy, justice, law all point to the necessity of extraditing Gülen to Turkey, as do more practical concerns such profit and loss. Trump should rid itself from this bothersome and costly person as soon as possible.